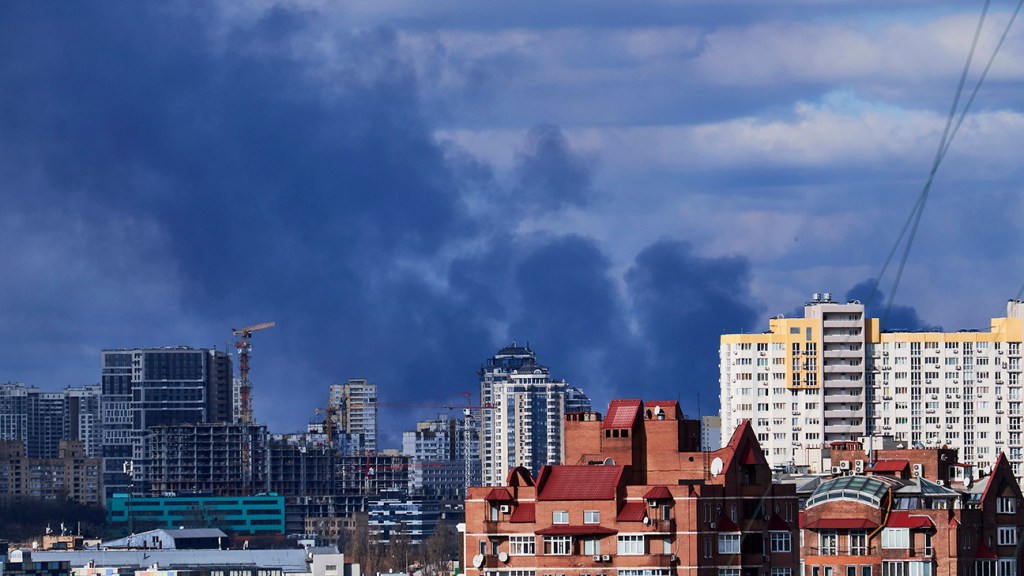 Russia’s invasion of Ukraine has sparked rolling news coverage from across the world. But while there has been praise for the on-the-ground reporting, especially in debunking widespread propaganda, aspects of the language used by various elements of the media has been criticized in some corners.

In a statement over the weekend, the Arab and Middle Eastern Journalists Association (AMEJA) — a U.S. non-profit group — condemned what it described as the “orientalist and racist” news coverage, particular with regards to how journalists have compared the conflict in Ukraine to that seen in the Middle East, which it says “ascribes more importance to some victims of war over others.”

The organization — which took aim as use of words such as “civilized” to describe Ukraine, in apparent contrast to Middle Eastern countries that have experienced conflict in the recent past — cited several examples of “explicit bias” from across the media landscape when it came to reporting on the war in Ukraine, including from the likes of CBS News and Al Jazeera.

On Feb. 26, in a CBS News segment, a reporter said: “But this isn’t a place, with all due respect, like Iraq or Afghanistan, that has seen conflict raging for decades. This is a relatively civilized, relatively European — I have to choose those words carefully, too — city, one where you wouldn’t expect that, or hope that it’s going to happen.”

On Al Jazeera English over the weekend, an anchor told viewers: “What’s compelling is, just looking at them, the way they are dressed, these are prosperous…I’m loath to use the expression… middle class people. These are not obviously refugees looking to get away from areas in the Middle East that are still in a big state of war. These are not people trying to get away from areas in North Africa. They look like any European family that you would live next door to.”

In an article win U.K. newspaper The Daily Telegraph, a journalist wrote: “They seem so like us. That is what makes it so shocking. War is no longer something visited upon impoverished and remote populations. It can happen to anyone.”

Meanwhile, a reporter on French 24-hour news channel BFM TV said: “We’re not talking here about Syrians fleeing the bombing of the Syrian regime backed by Putin, we’re talking about Europeans leaving in cars that look like ours to save their lives.”

In its statement, the AMEJA said that it condemned any implications that a population or country is uncivilized or that “economic factors” somehow make one nation more deserving of conflict, asserting that this commentary normalizes tragedy in parts of the world and “dehumanizes and renders their experience with war as somehow normal and expected.”

The examples cited by the organization join a growing number being circulated on social media that commentators have been using to highlight their disgust at the apparently racist undertones in some reporting. Among them are an NBC news segment in which the reporter told the channel: “To put it bluntly, these are not refugees from Syria, these are refugees from Ukraine…They’re Christians, they’re white,” while on the U.K. channel ITV a journalist commented: “The unthinkable has happened…This is not a developing, third-world nation; this is Europe.”

“Newsrooms must not make comparisons that weigh the significance or imply justification of one conflict over another — civilian casualties and displacement in other countries are equally as abhorrent as they are in Ukraine,” said the AMEJA.

“In order to prevent such explicit bias, we call on newsrooms to train correspondents on the cultural and political nuances of regions they’re reporting on, and not rely on American- or Euro-centric biases. Inaccurate and disingenuous comparisons only serve to inflame stereotypes and mislead viewers, and they ultimately perpetuate prejudicial responses to political and humanitarian crises.”