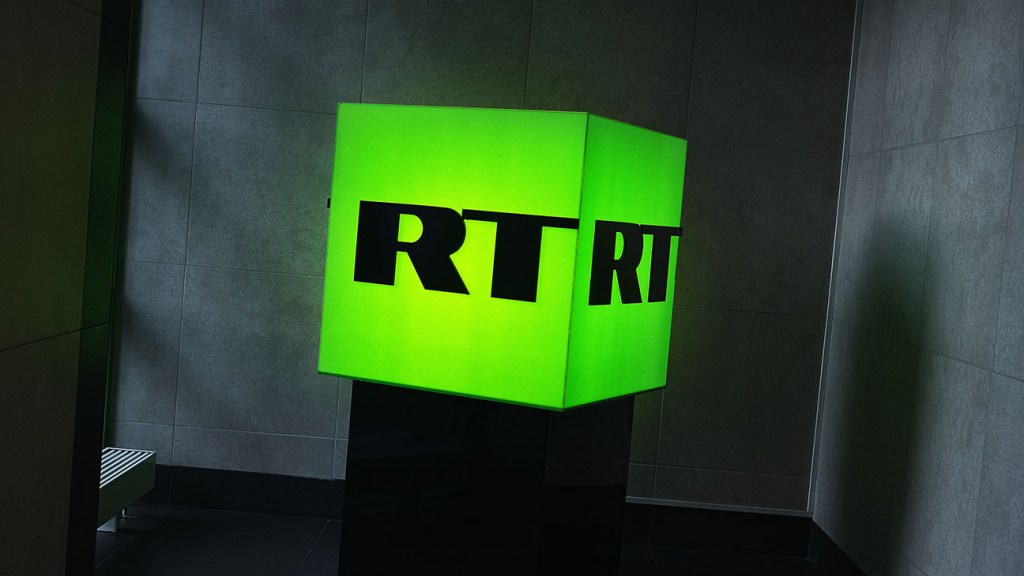 The ban on Russian state-backed TV channel RT has spread to Canada.

Local cable TV providers have pulled RT from their TV lineups in response to Russia’s invasion of Ukraine.  “We have made the decision that effective today Russia Today will no longer be available on our channel lineup,” cable and telecom giant Rogers Communications, which is currently merging with rival Shaw Communications, told The Hollywood Reporter in a statement.

Rival cable giant Bell Canada also confirmed to THR that it had removed RT from its TV lineup on Sunday. The Russian broadcaster is widely regarded as a megaphone for Russian President Vladimir Putin and the Russian government and has been available on a number of Canadian platforms including Bell TV, Rogers Cable, Shaw Cable and Telus TV.

The ouster of RT from Canadian airwaves follows the invasion of Ukraine by Russian military forces and Canada joining the U.S., the European Union and others in imposing sanctions on Russia to curb its military goals.

On Monday, federal heritage minister Pablo Rodriguez praised Shaw Communications as the latest domestic cable player to ban RT from its lineup. “Thank you to Shaw for also removing RT from its network. We must all do our part to fight back against Russia’s propaganda,” Rodriguez said on his Twitter account.

Also on Monday, VMedia, a provider of TV and telecom services, said it had replaced RT on its lineup with Ukraine 24, the 24/7 TV news channel. “…Putin’s invasion of the Ukraine is an attack on freedom everywhere, and the suffering it is inflicting on the Ukrainian people must be communicated accurately to the world,” Alexei Tchernobrivets, president and CEO of VMedia, said in a statement.

The move by Canadian cable TV giants against RT was expected after the CRTC, the country’s TV and telecom regulator, on Friday signaled it would consider pulling RT from the list of foreign media services listed for authorized distribution in Canada.