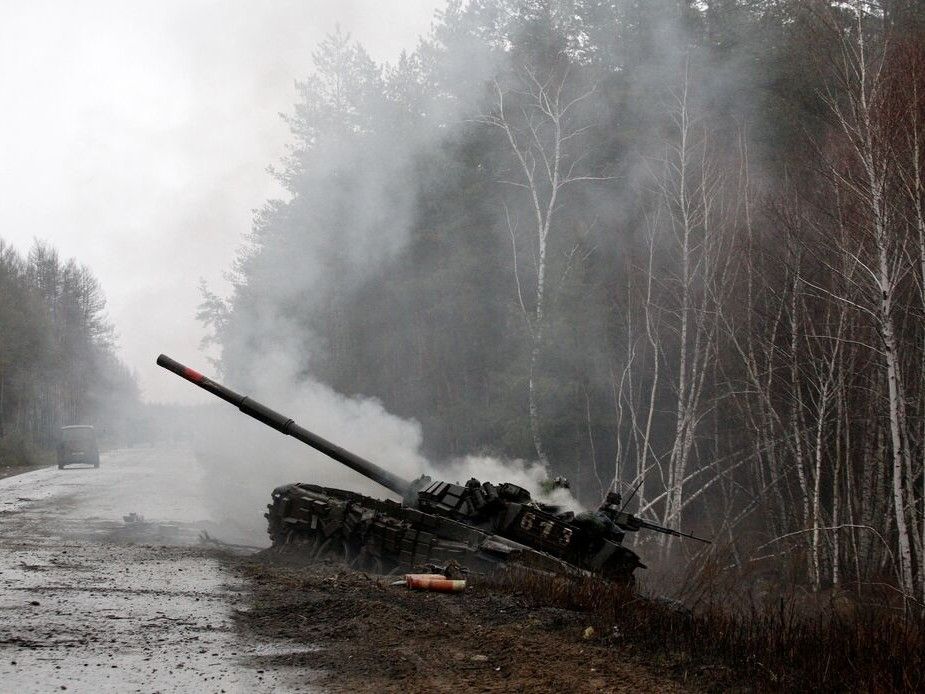 During a press conference Monday, Joly told reporters that Defence Minister Anita Anand was preparing a third shipment of “lethal aid” that would then be sent to Ukraine through neighbouring Poland.

“We will be able to make sure to send lethal aid to Ukraine. My role in this is to make sure that this aid gets in the arms of Ukrainian soldiers that are fighting for their life,” Joly said during a press conference Monday.

“That’s exactly why I been able to get an agreement from Poland to make sure that that delivery could be done through their borders,” she added, noting she would travel to Poland Tuesday notably to “see with my own eyes” what is happening in Ukraine.

The European Union’s largest eastern member has offered to serve as a logistics hub for the bloc’s assistance for Ukraine. But Poland’s prime minister warned that Russia may attempt to block the more than 300-mile border it shares with Ukraine, where tens of thousands of people have been fleeing the war.

“We have to act quickly because Russia is threatening a cut-off attack,” Prime Minister Mateusz Morawiecki told a meeting with ambassadors in Warsaw on Monday, saying such a move would take place within Ukraine. “Already there are threats of an attack from the north, from the side of Belarus, on that part of western Ukraine where the refugee movement is accumulating.”

Morawiecki didn’t provide any detailed intelligence to back up his claim. Such a scenario would not involve an attack on Poland, a NATO member.

Poland has become the main destination for Ukrainians since the Russian invasion began, with more than 300,000 people crossing over into the country since Thursday. That flow may increase to as many 100,000 per day, the prime minister said.

On Monday, Hungary said that it would block the transit of lethal weapons to Ukraine via its territory.

Canada has already sent two different shipments of lethal aid to Ukraine in the past few weeks. The first was a nearly $8-million package of weapons and ammunition.

Then last week, Anand posted a picture of social media of a second delivery of “lethal military aid” to support Ukraine, though she made no mention of what the equipment was.

Today, our @CanadianForces made a second delivery of lethal military aid to support our Ukrainian partners. Russia’s further invasion of a sovereign state is absolutely unacceptable, and we will continue to stand by Ukraine as the country defends its sovereignty and independence. pic.twitter.com/lYZRIu8JOE

Facing unexpectedly strong resistance from Ukrainian forces and militias that is hampering his military’s assault on Ukraine, Russian President Vladimir Putin said over the weekend that he had put his nuclear arsenal on high alert in order to dissuade Western forces from further getting involved in the conflict.

Joly said Monday that “even the idea” of using nuclear weapons in Ukraine is “not only unjustifiable, but is borne from madness.”

Speaking to council members earlier in the day, Joly accused Russia of lying to the world three consecutive times, with her underlying message being that the country’s rhetoric can not be trusted.

“Over the past several months, we have said that Russia was positioning troops and equipment to invade Ukraine. Russia said that it was not, that there was nothing to worry about. Russia lied,” she began.

“We said that Russian military buildups along the border were continuing to grow. Russia said exercises were complete and it was withdrawing troops. This was another lie,” she continued.

“Russia told us their military exercises in Belarus would end on the 20th of February. This week, Belarus served as a launch pad for Russian forces as they invaded Ukraine. Both Belarus and the Russian Federation lied,” she added.

With additional reporting by Bloomberg