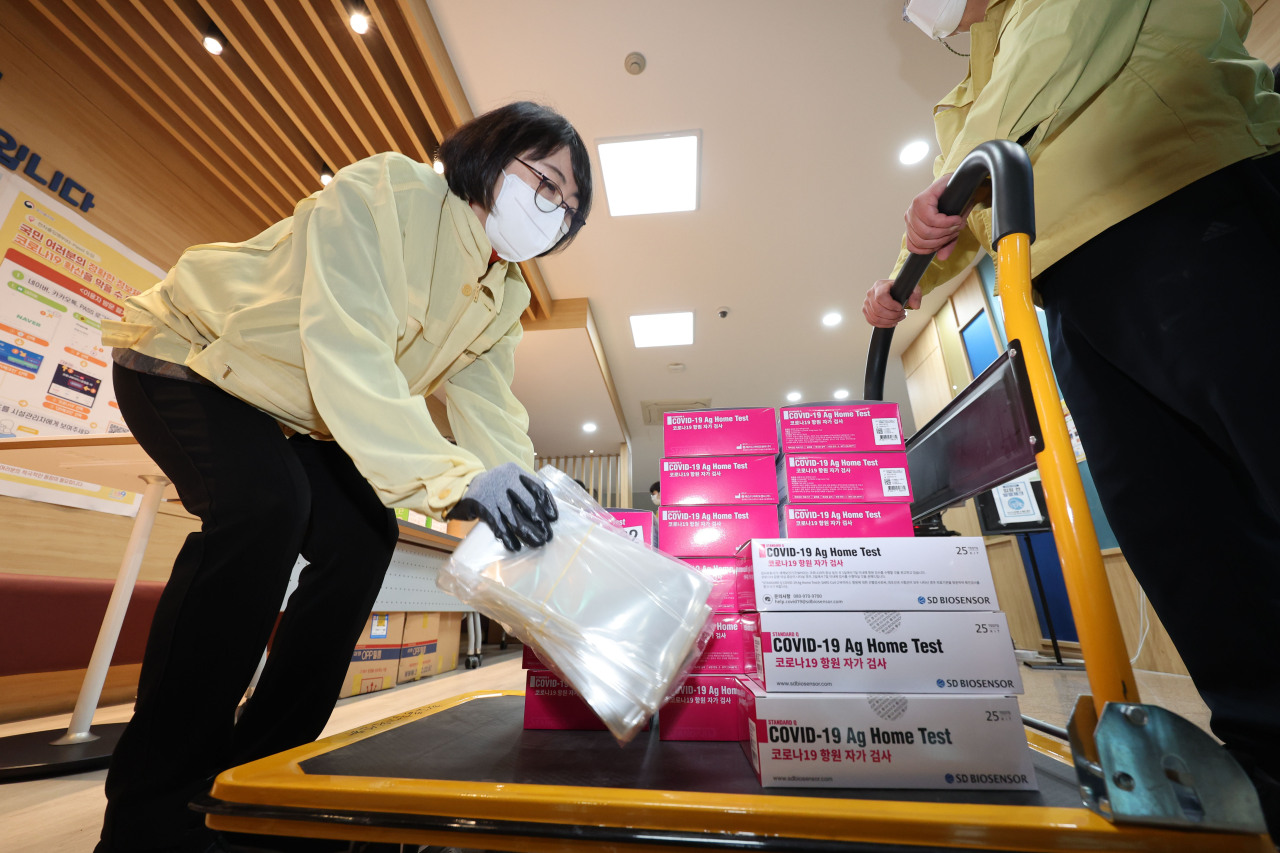 COVID-19 deaths in South Korea are soaring to record levels while the country moves to live with omicron despite the continuing surge.

Meanwhile, as the country seeks to live with omicron, COVID-19 deaths are soaring to record levels.

According to the Korea Disease Control and Prevention Agency, Korea saw 114 COVID-19 deaths in the last 24 hours ending Sunday midnight — the highest to date since the pandemic began. In the past week, COVID-19 deaths have averaged at 86 per day, up from 49 seen the week prior.

Over the same period, the average number of daily cases also climbed to 153,756 from 87,457, with a growing proportion of them among older adults. The latest seven-day average of patients in their 60s and older was 18,560, nearly double the 9,199 recorded the week before. Patients in their 60s and over make up about 13 percent of all diagnosed patients over the week.

As of 5 p.m. Sunday, 1,303 out of 2,704 critical care beds for COVID-19 patients had been filled. But officially, just 607 patients were categorized as severe to critical. On this gap, the Ministry of Health and Welfare said many of the critical care beds had been occupied by confirmed patients in need of intensive treatment for other ailments like cancer or stroke.

“Many of these patients, though positive, are in the ICU for conditions other than COVID-19. So they’re not classified as severe or critical COVID-19 cases,” said Park Hyang, a senior ministry official.

“The absolute number of deaths has risen tenfold compared to during the delta wave. As I’ve said, the case fatality rates have fallen to seasonal flu levels among the vaccinated,” she said. “The hospitalization and death rate for omicron is comparable to that for the seasonal flu, if you are fully vaccinated. By contrast, for people who are unvaccinated, omicron is five to seven times as lethal as the flu.”

Park added that hospitals were running smoothly with COVID-19 intensive care units only half full.

Despite the reassurances from officials, out-of-hospital deaths, whose figures are not compiled officially, continue to be reported across the country.

At around 6 p.m. Sunday a 62-year-old was found dead by first responders at his home in Eunpyeong-gu, northwestern Seoul, where he was isolating by himself. He tested positive four days prior to his death on Feb. 22. As he was over 60 and had preexisting medical conditions, he had been classified as needing “intensive monitoring.”

Last week in Gangdong-gu, eastern Seoul, a woman in her 80s with Alzheimer’s and a man in his 50s with visual impairment were found dead on the street on two different occasions. Both tested positive in postmortem examinations.

Two babies each less than a year old had died over the span of a week in Suwon, Gyeonggi Province, as they were traveling to find a hospital bed.

Dr. Eom Joong-sik, an infectious disease specialist at Gachon University Medical Center, said, “What’s actually going down at hospitals is not being reflected in the decision making.”

As the burgeoning outbreak continues to weigh down on hospital staff, some vacant beds were being put “on standby.” “Even if patients were admitted, staffers who would look after them are isolating themselves due to COVID-19,” he said.

Over the weekend, some 20 patients who came to the Gachon University Medical Center’s emergency room were COVID-19 cases, far surpassing the available isolation beds at the ER, he said.

“The policies being implemented now are about undoing restrictions and letting normal life return. I don’t know what to tell you, but this is not manageable.”

The head of the national health protection agency Jeong Eun-kyeong told a Monday briefing that the ongoing surge is “forecast to peak between early to mid-March.”

“By the second week of next month, Korea could be counting more than 230,000 cases a day, with 1,200 patients hospitalized with severe or critical disease,” Jeong said.

Infectious disease specialist Dr. Kim Woo-joo of Korea University Medical Center said it was “unwise, and counterintuitive to drop restrictions while the wave is still yet to peak.” “Without measures to slow the spread it’ like letting hospitals handle the patient influx on their own,” he said.