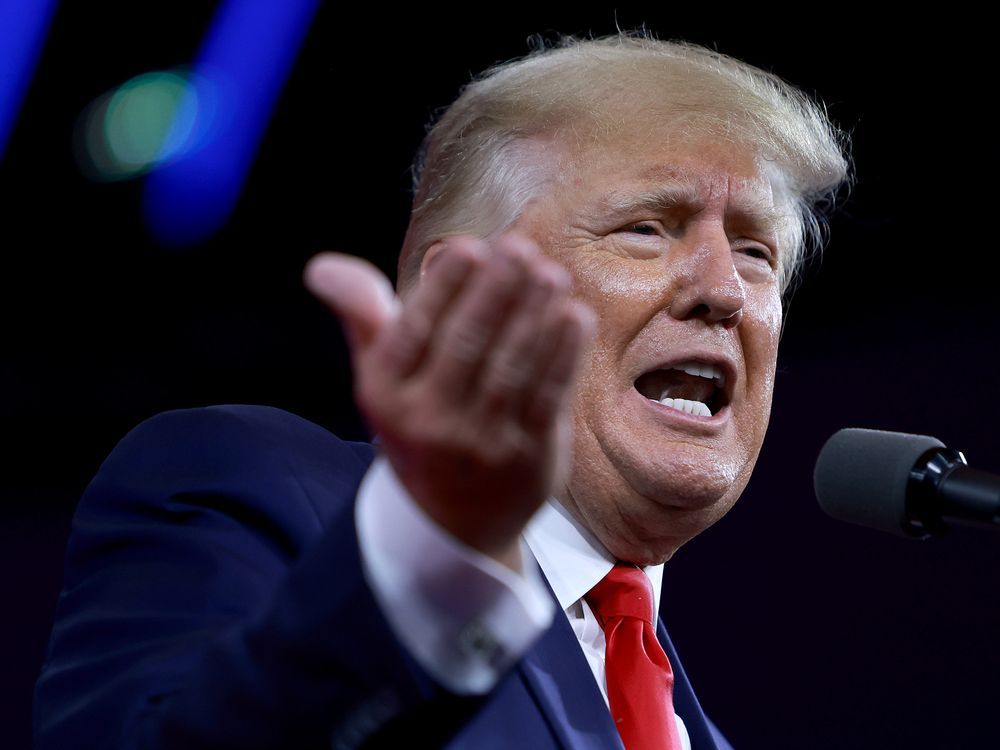 ‘They want to do the same thing to America that Trudeau has been doing to Canada — and much, much worse’

Former American president Donald Trump: “A line has been crossed. You’re either with the peaceful truckers or you’re with the left-wing fascists.” pic.twitter.com/9Ax46jVHQH

The convoy drew supporters worldwide and received financial support amounting to over $10 million via GoFundMe and other crowdfunding websites, including from the United States. Right-leaning Americans sent millions of dollars to help fund the protest.

“The tyranny we have witnessed in Canada in recent weeks should shock and dismay people all over the world,” Trump said.

At the CPAC event, occuring while Russia launched a large-scale invasion of Ukraine, Trump told his audience of high-profile Republicans that if Democrats want to fight for democracy abroad, “they should start with the democracy that is under threat right next door, a place called Canada.”

According to a straw poll conducted at the 2022 CPAC conference, 59 per cent of attendees want the former president to be the Republican party’s 2024 presidential candidate. Trump still revels in the widespread support he receives from his ‘Make America Great Again’ movement that even gained traction in Canada.