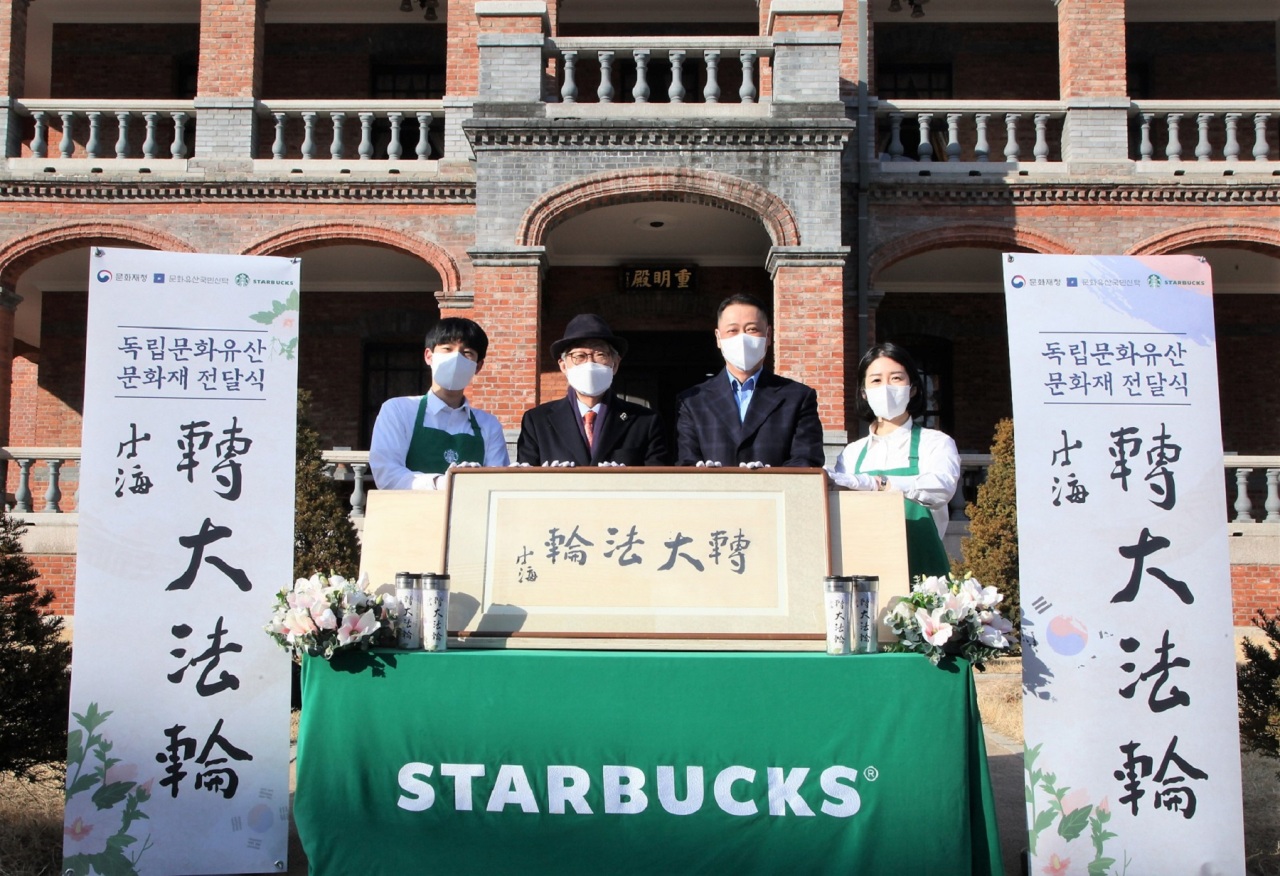 Starbucks Korea said Sunday that it has donated a piece of calligraphy by Manhae Han Yong-un, a 20th century Korean Buddhist reformer and poet who also fought for Korea’s independence, to the National Trust for Cultural Heritage to mark the 103th anniversary of Korea’s Independence Movement Day that falls on March 1.

The writing, which reads “Jeon Dae Beob Ryun,” has the meaning that a world of great truth does not settle but constantly evolves. As the only piece written by Manhae Han Yong-un still in existence, it is regarded as one of the most significant cultural assets in the country for its historical meaning and value.

This piece was purchased by Starbucks Korea for donation, through a special fund it created last year to actively preserve Korean cultural heritage related to Korea’s independence.

Part of the profits earned by selling special edition merchandise such as tumblers with Korean traditional culture designs will go into Starbucks Korea’s fund to support the preservation of Korean cultural heritage, according to the company.