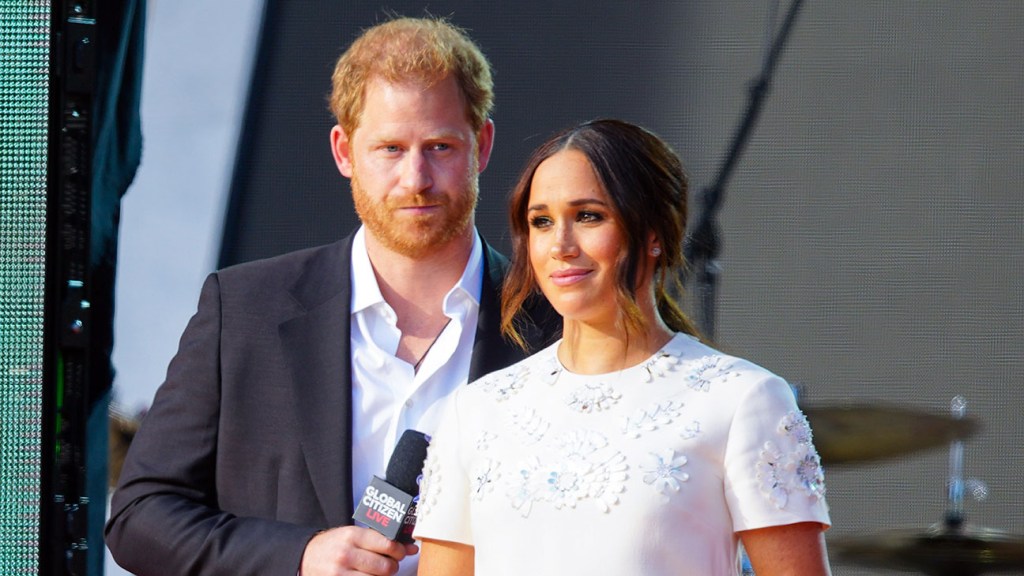 The Duke and Duchess of Sussex, Prince Harry and Meghan Markle, on Saturday accepted the President’s Award at the 53rd annual NAACP Image Awards.

The royal couple were recognized with the honor for their efforts to help young people living with HIV/AIDS, advocating for paid leave in the United States, their outspoken support of COVID vaccine accessibility, their efforts to create relief centers for communities in need, and their charity, The Archewell Foundation.

Prince Harry and Meghan Markle accepted the award together onstage. Markle began their joint speech by saying: “It’s inspiring to think about the legacy surrounding the Image Awards, which began shortly after the Civil Rights Act of 1964 and the Voting Rights Act of 1965. Today, we can continue that legacy by reestablishing federal voting protections.” Prince Harry added: “We would like to acknowledge the people of Ukraine who urgently need our continued support as a global community.”

Addressing the murder of George Floyd, Markle remarked how “for Black America, those nine minutes and twenty-nine seconds transcended time, invoking centuries of unhealed wounds. In the months that followed, as my husband and I spoke with the civil rights community, we committed ourselves and our organization, Archewell, to illuminating those who are advancing racial justice and progress.”

Said Harry: “This community knows what it means to speak up for what is right. And to march for what is just as the fight for justice still remains. It’s time to extend this march to the world online, a place where hate and discrimination are fueled instantly, propagated globally, and felt deeply.”

Markle added: “This is the era of the digital justice movement. We are proud to partner with NAACP and each of you to translate the vital efforts of those who came before us to the modern challenges that exist ahead of us. Thank you so much for joining us in this work.”

The Duke and Duchess have partnered with the NAACP and The Archewell Foundation to create a new honor: the NAACP-Archewell digital civil rights award, which bestows a $100,000 prize to innovators working at the intersection of technology and social justice. The first recipient of the NAACP-Archewell award is Safiya Noble, Ph.D., who wrote a 2019 study titled Algorithms of Oppression: How Search Engines Reinforce Racism, exposing how common internet search algorithms are programmed to reinforce racial and gender-based biases.

“We’re thrilled to present this award to Prince Harry and Meghan, The Duke and Duchess of Sussex, who together have heeded the call to social justice and have joined the struggle for equity both in the US and around the world,” said NAACP president Derrick Johnson in a statement. “Not only do they continue to lead by example, the Duke and Duchess have also decided to inspire the next generation of activists through the NAACP-Archewell Digital Civil Rights Award, ensuring the support and recognition of generations of civil rights leaders to come.”