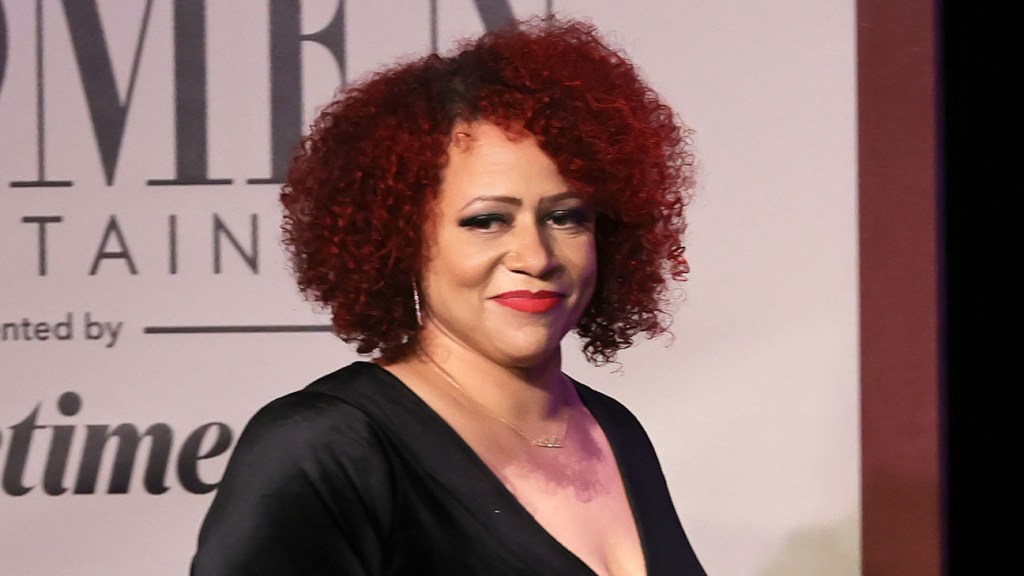 At Saturday’s 53rd Annual NAACP Image Awards, Nikole Hannah-Jones, New York Times journalist and creator of The 1619 Project, was honored with the Social Justice Impact Award, presented to her by actress Kerry Washington.

“As a student of history, I know that the work that I do and the life I live would not be possible without the decades-long efforts of the NAACP to force this country to live up to its highest ideals,” said Hannah-Jones in her acceptance speech. “I decided to use my pen as my weapon to fight. I’m grateful for the community that built me… But this award is not really about me. I’m being recognized for The 1619 Project. As of now, some 36 states have passed or are considering bills to make it harder to teach about racism and inequality. Politicians are using the power of the state to whitewash an already whitewashed history. Books and ideas about the black experience, about the LGBTQ community, are being banned. These anti-history laws go hand in hand with regressive policies that aim to restrict our civil and voting rights. A healthy society does not ban ideas, and attacks on books are an attack on democracy.”

The Pulitzer Prize-winning 1619 Project explores and reframes American history through the context of slavery and its continued consequences for Black Americans navigating our modern sociopolitical fabric. The piece has appeared in various formats and led to a deal with Lionsgate, followup projects including a Hulu docuseries from the Times and Oprah Winfrey, and the publication of an anthology book titled The 1619 Project: A New Origin Story.

Additionally, Hannah-Jones was recently named a Knight chair in race and journalism of Howard University, where she founded the Center for Journalism and Democracy.

“Diversifying our field is actually about accuracy. It is about ensuring that we are equipped to cover a nation that is extremely diverse,” Hannah-Jones told The Hollywood Reporter in a recent interview. “A nation where the most vulnerable in our society are people of color, particularly Black and Indigenous people. If we look at the role that journalists play in holding power accountable — especially the field that I am in and that I’m going to be strengthening while I’m at Howard, investigative reporting — we simply have important stories that never get told, important wrongs that never get revealed because we have people who simply overlooked them.”