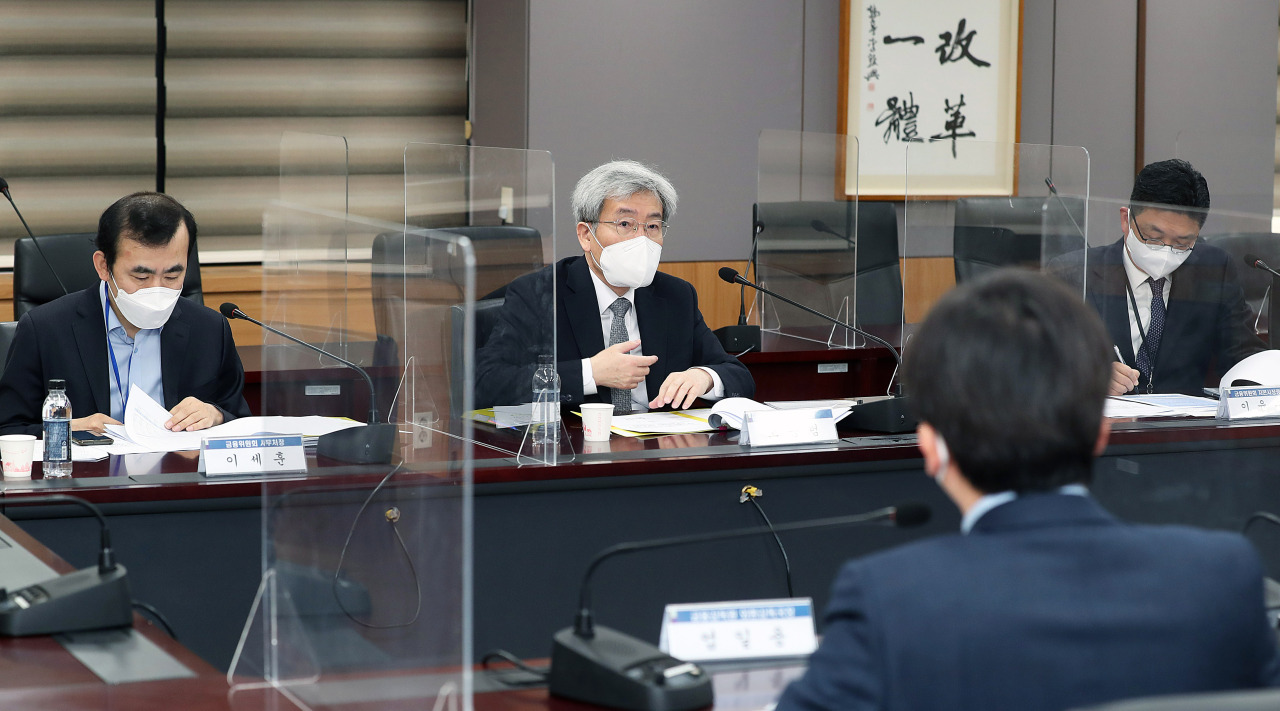 South Korea’s financial regulators have begun drafting contingency arrangements, such as ramping up market monitoring and reading market stabilization funds, to grapple with the impact of the Russia-Ukraine crisis, which has led the local stock market to shed 162 trillion won ($134 billion) over the last two months.

“At alert level 2, we’re keeping an eye on the stock market and prepared to deploy our resources, should it need our intervention,” a source with knowledge of the matter said, referring to the Financial Services Commission, which raised its level to second-highest of four stages in January.

Declining to identify specific steps the watchdog would take, the source at the FSC said, the regulator will be quick to respond to any market disruptions. So far, the Ukraine crisis appears to have affected the local market only a little.

“On the day Russia invaded Ukraine, the Kospi and the won together took a hit but the next day they recovered,” another FSC official said on request of anonymity. Emergency funds to stabilize the market have always been an option, he added.

In 2020, financial authorities put together what it called an emergency market fund amounting to 10 trillion won to ride out the coronavirus pandemic but it was never used. Preparing the fund at the moment was not on the table, he said.

The US sanctions on Russia’s major banks — VEB and PSB — are not expected to shake up the Korean financial market because the two have few transactions. Russia only accounts for 0.4 percent of Korea’s loans exposed to global businesses deemed risky.

Meanwhile, local banks are scrambling to assess the impact of the Ukraine crisis, with Hana Financial Group and Woori Financial Group, which operate Russian branches, leading the charge.

Hana assesses that it has 296 billion won tied to its Russian office that could potentially be affected by international sanctions while Woori sees the figure at 266 billion won.

“We’re already drafting our contingencies, which are basically to minimize the exposure to outside risks involving Russia,” an official at Woori Financial Group said.

Rival companies like KB Financial Group and Shinhan Financial Group said they too stepped up market monitoring and efforts to inform their customers of the latest updates from the geopolitical unrest.

“For now what we can do is ask our customers to be cautious until the local stock market sees reduced volatility,” an official at Shinhan Financial Group said, referring to market fluctuations seen last week over the deepening conflict.

The benchmark Kospi recorded a single-day drop of 2.6 percent Thursday, the biggest dip since Jan. 27, on worries that the Ukraine crisis could leave a lasting impact on the market, which had already seen its earnings whipsawed on concerns over a more hawkish US Federal Reserve.