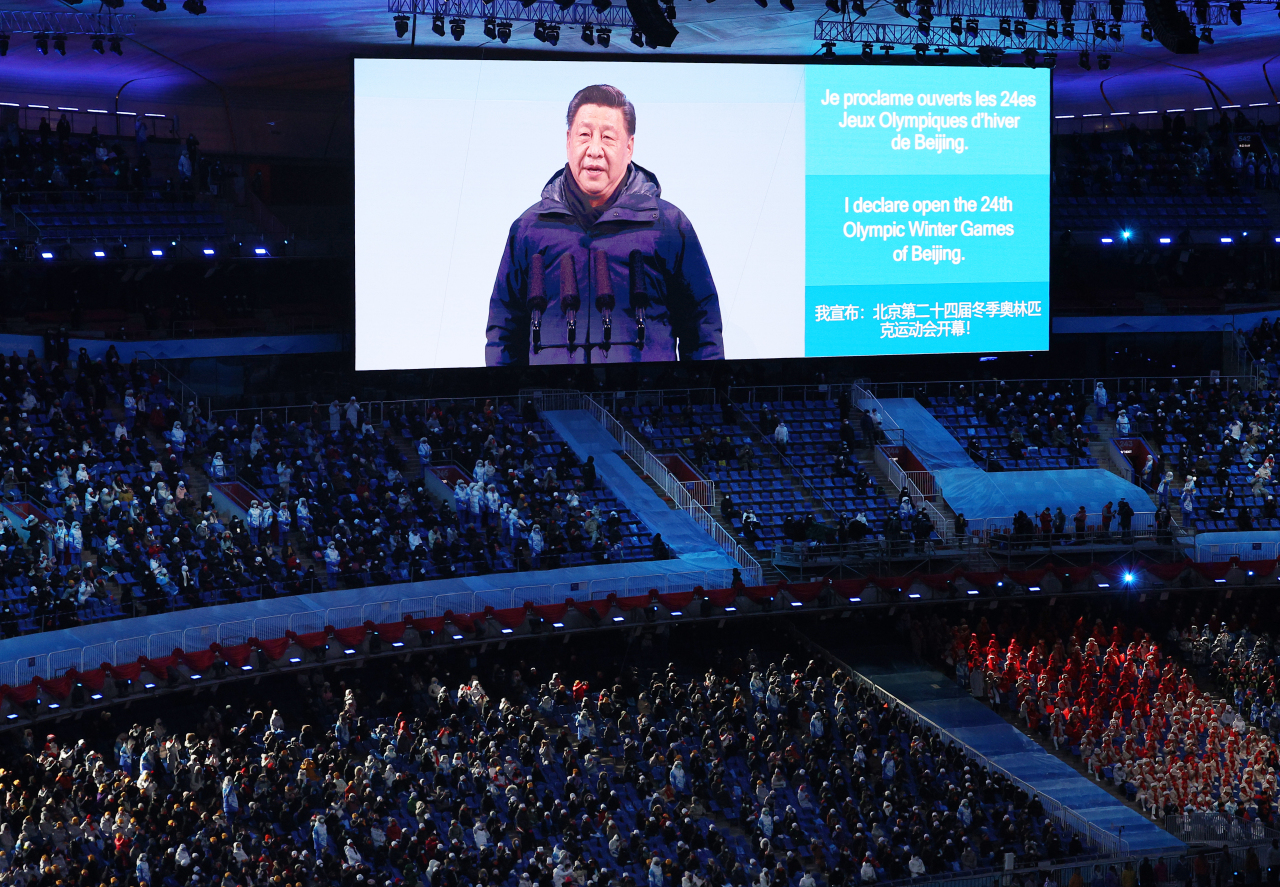 Xi sent a letter Monday to the North’s leader to deliver his thanks to Kim for having sent congratulatory messages for the opening and the “successful” closing of the Winter Games, according to the North’s Korean Central News Agency (KCNA).

Xi said Kim’s message showed the North’s leader and his people have a “friendly feeling” toward him and the Chinese people, and their support for the Winter Games.

The Winter Olympic Games was held in Beijing from Feb. 4-20.

North Korea did not take part in the games after the International Olympic Committee decided to suspend the North from the Beijing Olympics as punishment for refusing to participate in last year’s Tokyo Games over COVID-19 concerns.

Xi also said his country is ready to work with North Korea to “steadily develop the China-DPRK relations of friendship and cooperation” and “make a positive contribution to region peace, stability, development and prosperity,” the KCNA said. DPRK stands for the North’s official name, the Democratic People’s Republic of Korea.

Kim has been more frequently sending “letters” and “verbal messages” to the Chinese president in public in recent years, as Pyongyang pushes to strengthen ties with its traditional ally amid international sanctions over its nuclear and missile programs. (Yonhap)