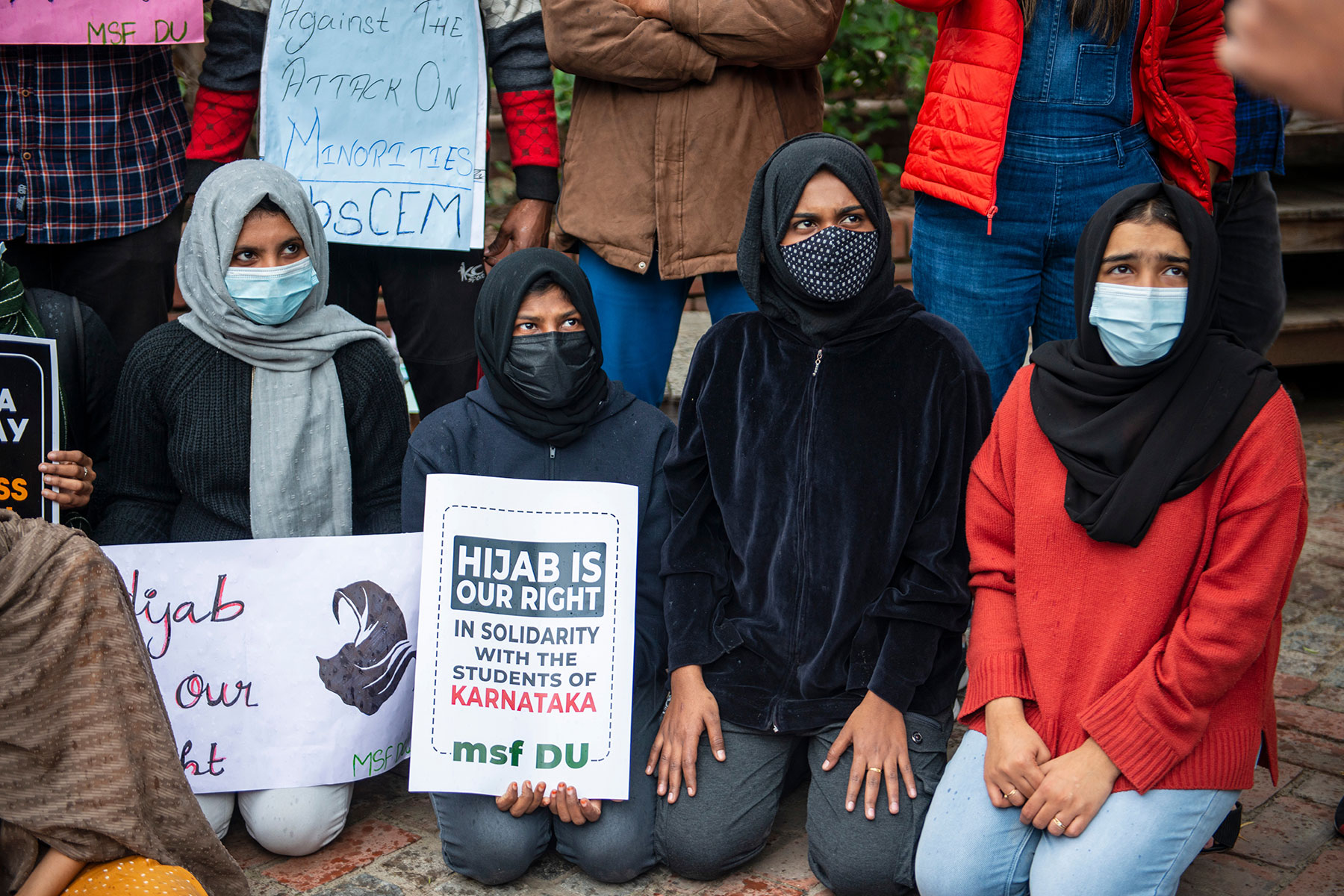 Political discourse in India is currently focused on the denial of some Muslim female students to their constitutional right of choosing to wear a hijab in classrooms at pre-university colleges — the equivalent to high schools.

India Disappoints Its Friends and Admirers

The ruling dispensation in the Indian state of Karnataka has invoked Section 133(2) of the Karnataka Education Act, 1983. This section says that the “State Government may give such directions to any educational institution or tutorial institution as in its opinion are necessary or expedient for carrying out the purposes of this Act … [and] such institution shall comply with every such direction.”

On February 5, the ruling dispensation in Karnataka led to a letter being issued by Padmini S.N., under-secretary of the Education Department of Karnataka, requiring institutions to enforce particular provisions.

First, as per the letter, students must wear a uniform that has been selected by an authority, such as college committees or administrative boards. Second, if the administrative committee has not issued a mandatory dress code, then “clothes which disturb equality, integrity and public law and order should not be worn.” Third, the letter cites the case of Asha Ranjan vs. State of Bihar and Ors in 2017. It claims that the Supreme Court “accepted the balance test where competing interests are involved and has taken a view that individual interest must yield to the larger public interest.” Fourth, the letter says that the ban on wearing a hijab inside educational institutions is not in violation of Article 25 of the constitution.

Yet these claims are contestable. First, school management could introduce a uniform for students that is guided by the needs of education and the constitution. Education is concerned with the teaching-learning process. The sartorial choices of students or even teachers do not have any relevance to this process. In fact, preventing students from choosing what they want to wear may impede the fundamental right to education. Further, it cannot be logically argued that the sartorial choice of students impedes the integrity of the teaching-learning process.

Second, it is absurd to claim that clothes can impact equality, integrity and public order. Education is concerned with enhancing the ability of students to participate in social life after they graduate. This includes joining the labor force, participating in the political process, and building and sustaining communities. Inclusive development does not require all people to be part of sartorial (or any other type of) homogeneity, but it does need their participation in socially productive activities. Homogeneity is antithetical to equality with diversity. After all, the motto of India is “unity in diversity,” not unity before diversity.

Third, the Supreme Court, in the case of Asha Ranjan vs. State of Bihar and Ors, argued that there could be conflict between the legal rights of two individuals. In such an event, the interest of the wider community would be used to determine whose rights are prioritized. Yet the individual sartorial choices of students or teachers neither undermine the rights of others nor affect the public. Thus, in this case, the balance test is not applicable since there are no conflicts between individuals with regard to their rights as guaranteed by Article 21 of the constitution.

Fourth, seeking to relate the ban on wearing a hijab (or the clothing choices of students or teachers) solely with Article 25 is legally untenable. In fact, if this standalone appeal to Article 25 of the constitution is made, then it leaves the door open to define religious or cultural practices as being more or less essential to the definition of a religion or culture. Doing so in this current case would directly impact the right to education of some Muslim female students.

The key issue is whether the sartorial choices of students undermine the integrity of the teaching-learning process. The only logical answer is no. The choices of students and teachers are connected to the right to seek education under Article 21-A and the right to dignity under Article 21 of the Indian Constitution. The right to practice religion or culture, as guaranteed by Article 25 in the present case regarding sartorial choice, does not subvert the teaching-learning process. Therefore, Article 25, when read with Articles 21 and 21-A, demonstrates the legal untenability of the ruling dispensation in Karnataka.

But there is a fundamental question that arises from the ban on wearing a hijab. Why are such issues being raised in the first place? On the one hand, it is undeniable that the ruling dispensation in Karnataka seeks to trigger political debate over social issues, since it may deflect public attention from evaluating the state government’s record over other matters.

On the other hand, we believe there is a broader background to such moves. Policy initiatives that favor elites and put others at a disadvantage require the latter to provide at least implicit “consent.” This may be problematic if the interests of elites are equated with “national interests” through the deployment of ultra-nationalism. This process of “consent” may be reinforced if divisions emerge among non-elites by stigmatizing and labeling a section of non-elites as the “other.” In India, this process of stigmatization involves the furthering of communalism, which is the political manufacturing of social divides along religious lines.

This manufactured rise in social divides, coupled with other factors such as the impact of the COVID-19 pandemic, has led to an economic crisis. Rising unemployment, inequality and inflation cannot be overcome with the “toolkit” available to the government. This policy toolkit involves the use of ultra-nationalism and communalism where the pot is always set to boil, causing social tension. The repeated use of such measures has started yielding diminishing results for the government, but it appears to have no alternative policy available.

The way out of this impasse requires a different framework. This needs to involve public investment, fiscal policy undergirded by progressive taxation, and industry policy backed by mobilization and allocation of resources by the government. Such policies of inclusive development must be part of a process of recentering the constitutional imperatives of secularism, gender and social justice, and democracy.