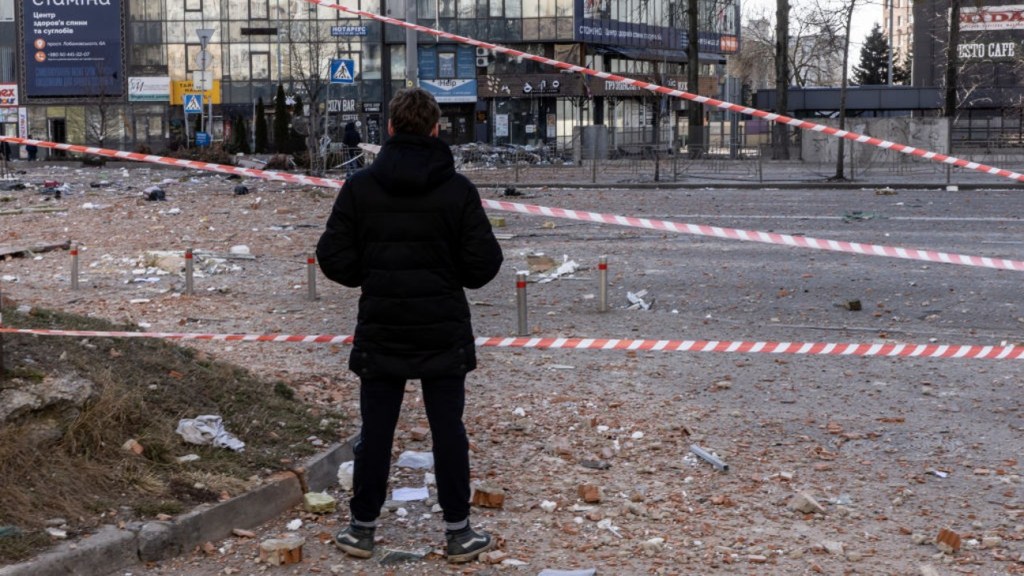 The Ukrainian Film Academy, the national group representing the country’s film professionals, has called for an international boycott of Russian cinema and the Russian film industry following Russia’s military invasion of Ukraine earlier this week.

In a statement, the group said that while governments worldwide have condemned the Russian invasion and have introduced sanctions to punish Russian President Vladimir Putin’s government, the country continues to benefit from cultural activity.

“Several films made by Russia are regularly admitted to the programs of most world film festivals, and significant resources are spent on their promotion,” the petition reads. “The result of this activity is not only the spread of propaganda messages and distorted facts. It also boosts the loyalty of Russian culture — the culture of the aggressor state, which unleashed unjustified and unprovoked war in central Europe.”

“We urge you to terminate all contracts with them,” the petition reads. “Remember that the business that will use your films pays taxes to the Russian budget, which finances the army that violated the borders of an independent state and buys missiles to bomb the civilian population of Europe.”

The letter also asks the Council of Europe to kick Russia out of pan-European film funding body Eurimages, the European Convention on Cinematographic Co-Production, and the International Federation of Film Producers Associations to strip the Moscow International Film Festival of its accreditation.

The call follows an impassioned plea by some of Ukraine’s most prominent filmmakers for the international industry to stand in solidarity with their country during this crisis.

“Putin does not dwell on Ukraine. This is a full-scale war. This is a challenge to the whole democratic world,” wrote director Oleg Sentsov (Rhino), “We are not only defending our land, we are resisting the impending tyranny. The time of concern is over. It is time to fight for freedom and truth.”

“Every minute of delay in making influential decisions takes away the lives of Ukrainians now and every life outside Ukraine in the future,” noted Maryna Er Gorbach, director of Sundance winner Klondike. “The world security is in the hands of the Ukrainian army. Be brave and determined, support the demands of Ukrainian politicians. Do it for the future of your own children!”

Western governments, including the U.S., European Union, the U.K. and Canada, have announced wide-ranging economic sanctions, including one on President Putin himself and Russian Foreign Minister Sergey Lavrov. There have also been calls to eject Russia from the global banking system Swift, a move that would make it much harder for Russian companies to do business with the rest of the world.

There have also been cultural sanctions, with the European Broadcasting Union on Friday banning Russia from participating in its hugely-popular Eurovision Song Contest in the wake of the Ukraine invasion, European soccer body UEFA moving the Champions League final match from St. Petersburg to Paris in protest, and racing body Formula One canceling a planned race in Russia in September.