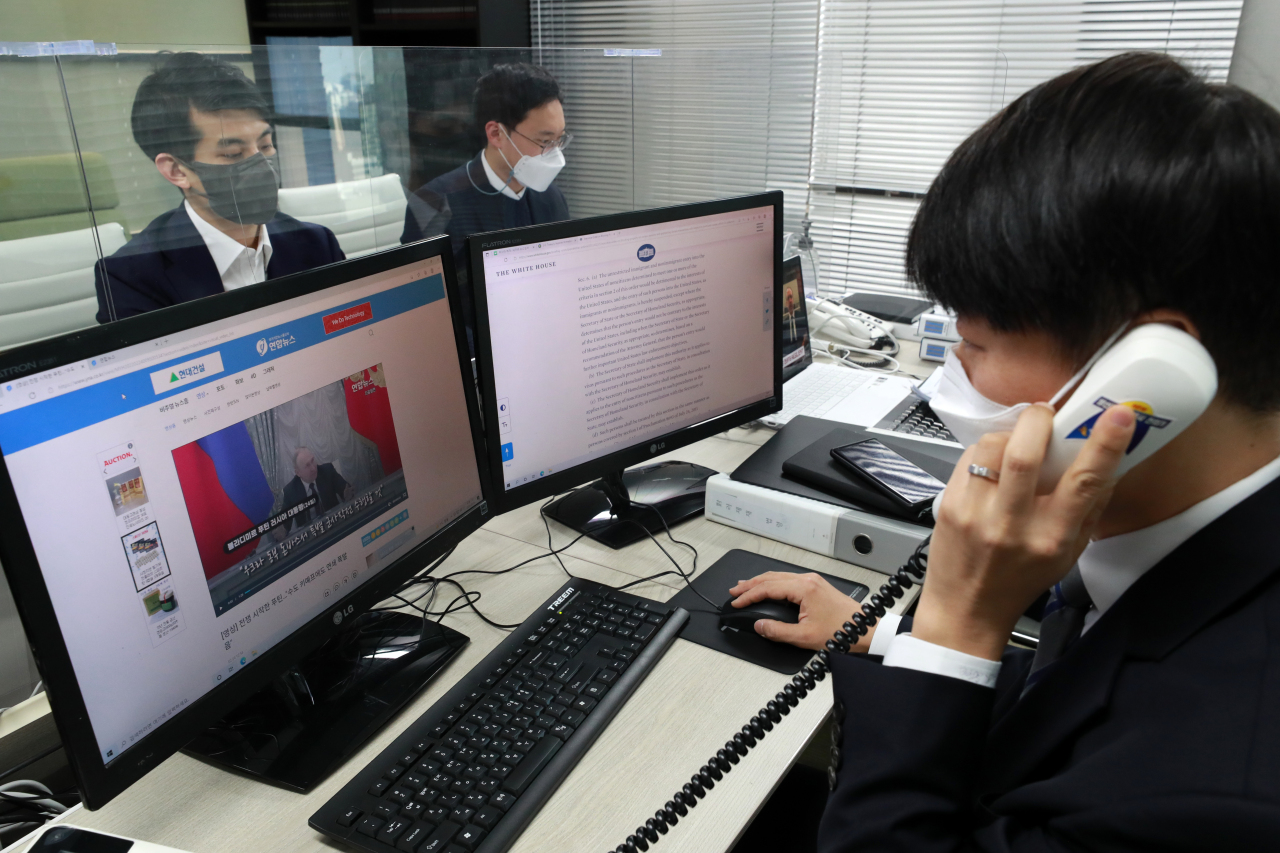 South Korean stocks are expected to face highly volatile sessions next week as investors will pay keen attention to situations in Ukraine and the US Federal Reserve’s updated stance on its monetary policy, analysts said Saturday.

The benchmark Korea Composite Stock Price Index (KOSPI) closed at 2,676.76 on Friday, down 2.45 percent from a week earlier, amid jitters over the escalating tensions in Ukraine as Russia launched a military offensive in the East European neighbor.

KOSPI rebounded on Friday following a 2.6 percent plunge a day earlier after the United States announced new sanctions on Russia blocking its use of a key international banking system, along with the sanctions on Moscow’s two-largest state-run banks, gave market a relief.

Analysts said that the Ukraine crisis will continue to serve as a major factor that will heavily weigh on investor sentiment next week.

Another major market mover will be what U.S. Federal Reserve Chairman Jerome Powell says about the central bank’s monetary policy when he appears before Congress next Thursday (US time).

“Attention will be drawn to the Fed’s next move at its March meeting, as higher raw material prices sparked by the Ukraine crisis could exacerbate inflation concerns,” the analyst said.

The Fed is widely expected to begin raising its key interest rate at their next policy meeting on March 15 to fight inflation.

Market watchers say that there could be several more rate hikes down the road.

Meanwhile, foreigners offloaded a net 151.4 billion won worth of local equities this week, while individual and institutional investors snapped up a net 42.1 billion won a net 103.9 billion won, respectively.

By sector, machineries and construction companies were the biggest gainers for the week, rising about 6 percent and 3.8 percent, respectively. Tech and chemical firms fell the most, both by more than 4 percent. (Yonhap)