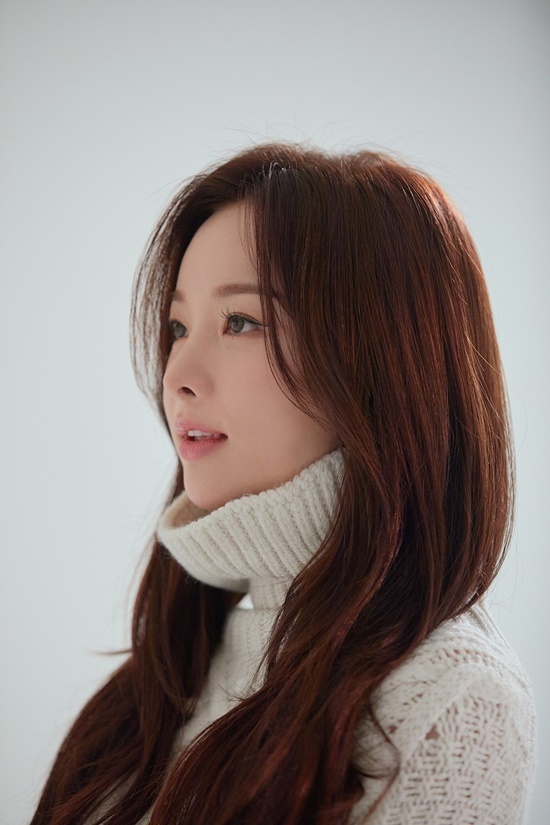 She compared the moment to “early summer” in terms of her journey as a musician. It has been 10 years since she debuted as a member of EXID, and 16 years after she entered the music scene as a part of ballad group 2NB.

“I believe a singer shines all the more as one matures. And from that point of view, I still consider myself at the beginning of my career as a musician,” she mused.

The EP consists of six tracks, and the title track “Fade Away” is a ballad tune that highlights her vocals as she sings of missing someone and cherishing her memory of that person. She has done a fair share of dance performances with EXID, and always thought she would turn to ballads if she went solo.

She said that she hopes that her song will linger for a long time — one that ”can be a nice recollection when you hear it five, ten years later.“

WJSN thanked fans for being there for them through its six-year career with a statement released through their agency Starship Entertainment on Friday.

“It is sad that we cannot celebrate our sixth anniversary closer with our fan club,” said the bandmates. It is hard to believe that it has already been six years, but we feel the bond has become stronger and closer to our fans, they said. Expressing gratitude and affection for their fans, they promised that they will try to make up for the time they could not meet due to the pandemic.

The 13-member act debuted in 2016 with the EP “Would You Like?” The group began a unique narrative that combines the mystery of an unknown world with innocent, girly charms.

From next month, the group will participate in “Queendom 2,” the second season of a contest among female musicians.

In the meantime, member Dawon suspended activities as of Wednesday due to anxiety issues.

Tomorrow X Together will be able to accommodate a larger audience for its upcoming concert.

The band is hosting concerts in Seoul from March 5 to 6 under the title “2022 Tomorrow X Together Fanlive Moa X Together.” Moa is the name of its official fandom community.

Tickets were sold following the guidelines for social distancing, but it was announced on Friday that all seats will be open for purchase.

Yeonjun tested positive for COVID-19, but reported that he has fully recovered and is out of quarantine as of Wednesday.

Earlier this month, its “Run Away” music video surpassed 100 million views on YouTube, becoming the third video from the band to reach the milestone after “Crown.” ”Crown“ is the band‘s focus track from its debut album “The Dream Chapter: Star,” and the other video to reach 100 million views is “Blue Hour,” the lead track from TXT’s third EP “minisode 1: Blur Hour.” The song is the main track from its first studio album “The Dream Chapter: Magic” released in October 2019.

Lee Sooman, founder and head producer of SM Entertainment, was appointed as a visiting professor by Korea Advanced Institute of Science and Technology.

It is part of the agreement the national institution signed with the label in June for the research into the metaverse. He will hold lectures on leadership for undergraduate and graduate students for the next three years starting from March.

He will also offer consultation for the school’s research into the metaverse as well as conduct joint research at a lab that will be established under KAIST’s artificial intelligence institute.

“I appreciate the opportunity to meet students as a professor at KAIST, the cradle of the nation’s science and technology,” said Lee. He declared that he will help Korea dominate the metaverse universe, as well as the global entertainment industry in line with the country’s advanced contents and technologies.