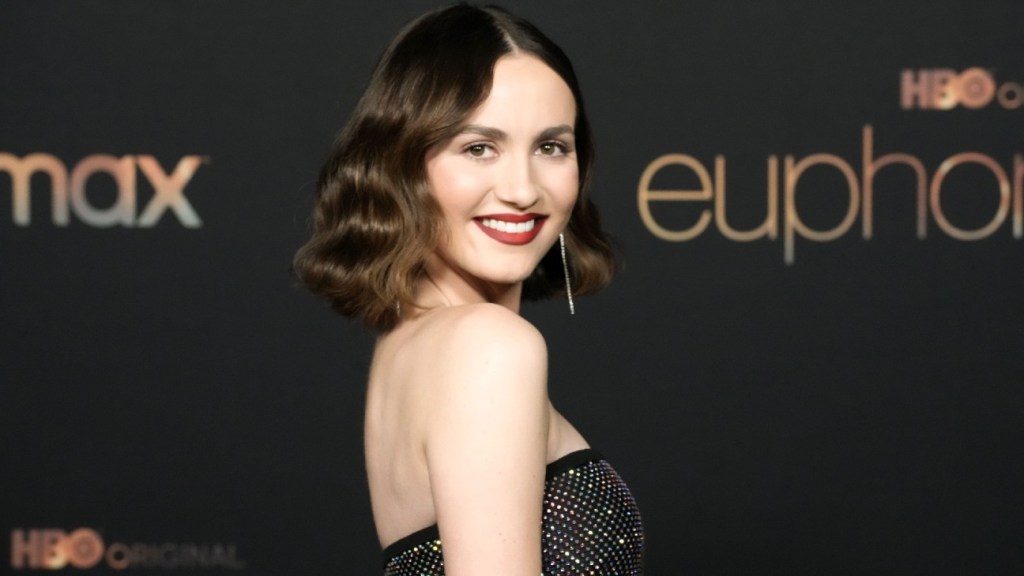 Euphoria actress Maude Apatow is proving that she’s not afraid to really sink her teeth into an acting role.

Ahead of the popular HBO’s show season two finale airing this Sunday, the performer was a guest on NBC’s Late Night on Thursday, where host Seth Meyers played a clip showing her character, Lexi, involved in a school play based on her life. After showing the footage, Meyers pointed out that Apatow was a real-life theater fanatic growing up, and she concurred, revealing that she and Euphoria series creator Sam Levinson had spoken about this.

“Sam and I had a lot of discussions about it beforehand, and it was loosely based on me as a theater child,” she shared. “I started when I was really young. I remember I always really went for it, too.”

Apatow, whose parents are Judd Apatow and Leslie Mann, went on to recall a time when she was dressing up as a 19th century gold miner at the age of 9 and actually removed her own tooth to properly look the part.

“I did a Gold Rush day, and I wanted to look like a miner, so I ripped out my tooth,” the 24-year-old star said. “It was not a loose tooth at all! It was not ready to go, and I just ripped it out.”

When Meyers asked how her parents reacted, Apatow said, “I think my dad was like, ‘What is wrong with her? Oh, no. We’ve raised a monster.’”