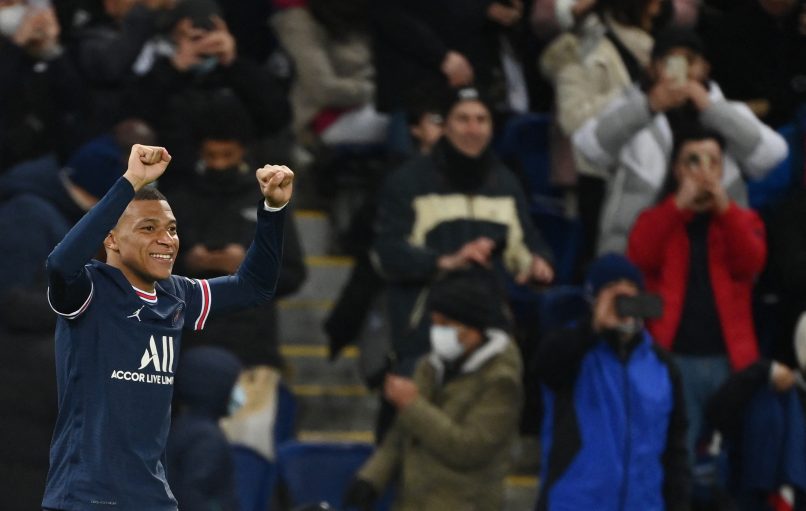 It was Kylian Mbappé’s brilliance which once again led the way for Paris Saint-Germain tonight, as the forward struck twice and set up Danilo brilliantly to allow the team to bounce back from last week’s defeat to Nantes.

Les Verts, who have been reinvigorated under the helm of Pascal Dupraz since the turn of the year, and were going into the game unbeaten in four league fixtures.

A quick start saw winger Denis Bouanga cause trouble to the PSG defence, in a 15-minute spell which culminated in a goal from the Gabon international, who pounced on a loose ball from a Danilo error.

The ensuing half-hour of action saw a host of chances come Paris’ way, with a lack of precision seeing them fail to break through.

Les Parisiens finally broke through at the end of the half as Lionel Messi threaded a precise ball to Kylian Mbappé, whose finish from a tight angle on the right was largely helped by an error from goalkeeper Paul Bernardoni.

The start of the second half saw the World Cup winner pick up right where he left off, scoring his second of the game – his 156th for the club overall, levelling with Ibrahimović – before setting up a back-post Danilo header with a sensational outside-of-the-boot assist.

Neymar and Lionel Messi would both come close in the remainder of the second half, although the tempo largely died down for the rest of the half as PSG managed the game.

The win sees them establish a 16-point lead over Nice and Marseille, with the latter team to play Troyes tomorrow.