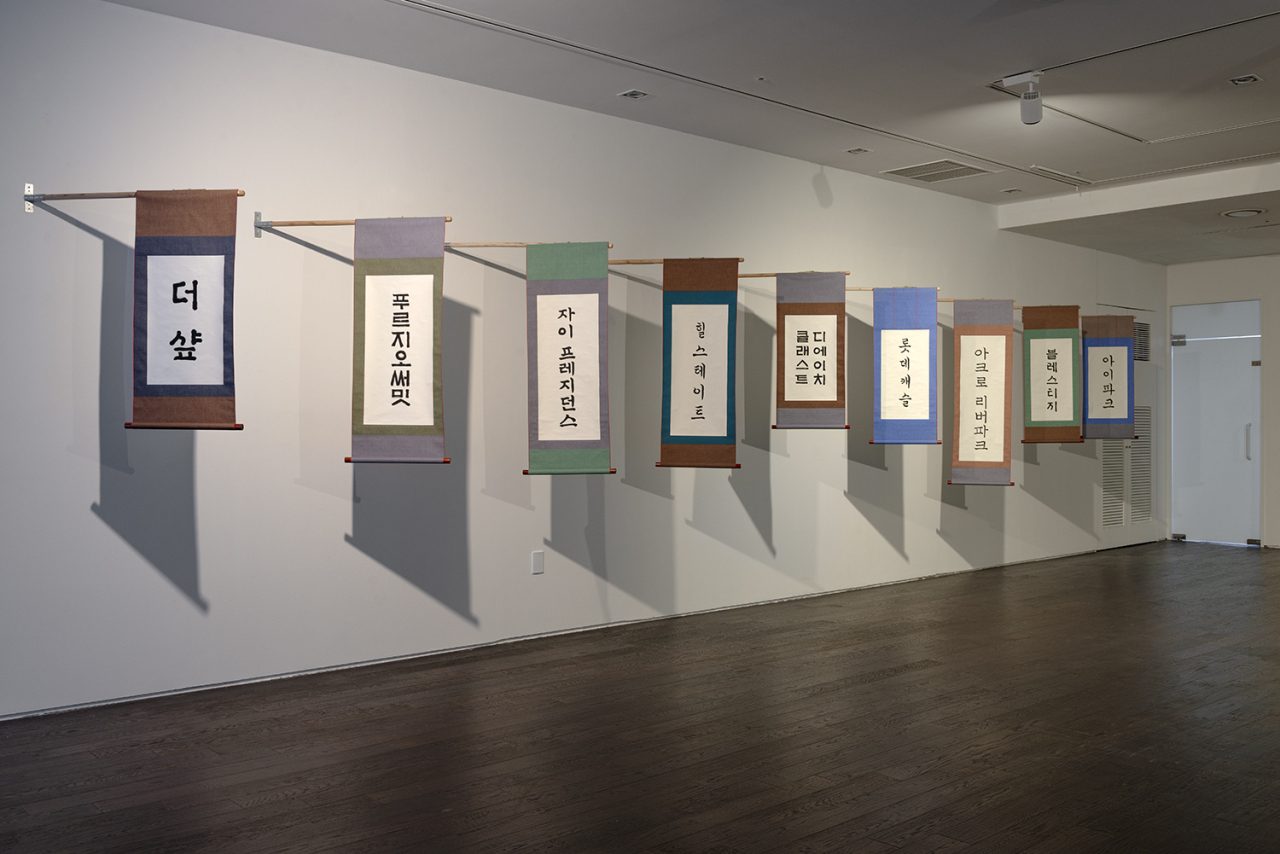 Korean-Finnish artist duo Nana & Felix have picked up photographs of families, someone’s childhood or Christianity quotes kept in a frame from urban detritus. Once considered cherished memories, they were left behind for some reason, probably when people move out of cities.

The artists found nearly 200 frames over the past several years in South Korea. At the center of the exhibition hall at Posco Art Museum in Seoul is the photography installation “Camera, Cigarette, Whiskey, and Our Father, Who Art in Heaven” that includes some photographs assumed to have been left abandoned by people who left their neighborhood. The frames were collected during late-night walks.

“(There are) around 200 frames here. All of them were found discarded in the streets and we picked them up. Eighty percent of the photographs (in the frames), we took them during the night. And 20 percent are from when people threw them away,” Hwanhee Kim, also known as Nana, told The Korea Herald on Monday at the exhibition.

The exhibition “All Things Fall Apart” at Posco Art Museum introduces the winner of the Sixth Posco Art Museum Emerging Artist Prize, showing a total of 14 works by the artist duo that encompass a variety of works — photographs, ink drawings, sound installation and video art.

“We can see it as a biological process of everything or cities … everything happens very fast here, especially buildings,” Felix Nybergh said on the title of the exhibition — “All Things Fall Apart.”

At the entrance, a series of calligraphy works with “high-class” brand names of apartment buildings written out on traditional Korean silk scrolls is on display.

The artist duo, who has observed scores of Seoul’s apartment buildings, said the skyscrapers built by a handful of construction conglomerates may “look all the same” to the untrained eyes, but also show signs of a hierarchy hidden within.

“If you look at the apartments from a critical distance, they are all exactly the same. They are very communistic, which is very funny, because they are in an extremely capitalistic environment. Even when everything looks the same, there is a way of putting a hierarchy and placing values,” Nybergh said. “How do you put value into a building system when everything looks exactly the same. I found it extremely funny.”

Upon entering a dark room, on the wall hangs a neon installation of the South Korean flag’s taeguk symbol with the words “5000 years of History.” The installation is accompanied by a recording from one of Seoul’s city tour buses.

The installation work was inspired when Nybergh’s father rode on a tour bus in Jongno-gu in central Seoul and was “furious” when he found out there was little information about the history of Seoul, the artist duo said. In the recording, only two stops provide some historical information while the remaining hour and a half talks about where to shop in Seoul.

The artist duo studied fine-art photography at Aalto University in Helsinki, Finland, where they began working together as an artist duo in 2013. Since their collaboration started, the two artists have solely concentrated on working as a team, expanding their work to various media such as video, drawing, text, sound, and installation.

The exhibition runs through March 15 at Posco Art Museum in Gangnam-gu, southern Seoul.