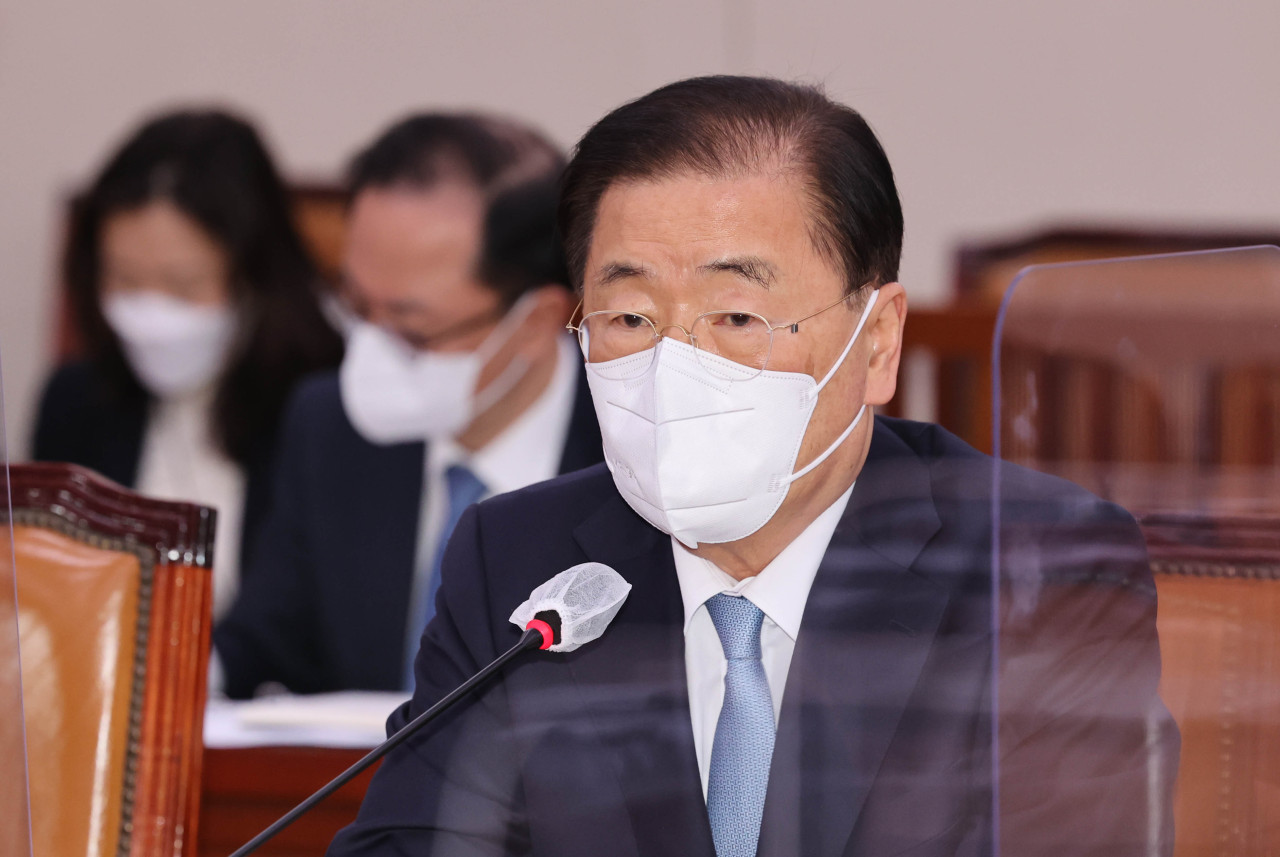 South Korean Foreign Minister Chung Eui-yong on Friday stressed that the alliance between Seoul and Washington is steadfast, as Russia’s invasion of Ukraine renewed concerns here over the credibility of the US security commitment to its allies.

“The South Korea-US alliance, by nature, is steadfast and firm for the security of the Korean Peninsula, so there’s no need to compare with the situation in Ukraine,” Chung told lawmakers during an emergency meeting of the parliamentary foreign affairs committee.

He was responding to a lawmaker who questioned the reliability of Washington’s security commitment to Seoul, in light of US’ response, or lack thereof, to the Ukraine situation.

“The South Korea-US alliance is the foundation of our foreign affairs and national security, and our own defense capabilities are at a substantial level unlike Ukraine, so there’s no need for our nationals to concern even a bit in regards to Washington’s response to the Ukrainian situation.”

The minister also said the government will join the international community’s economic sanctions against Russia, including export controls on strategic materials. Amid growing concern here on a disruption to energy shipments from Russia due to the sanctions, Chung ruled out an “immediate impact.”

“I expect participation in the sanctions won’t have immediate impact,” he said.

Chung also said Seoul is making full preparations to evacuate as many of 36 of 64 Korean nationals remaining in Ukraine this week as possible. The remaining 28 have declined to leave Ukraine, saying they have made their homes in the East European nation.