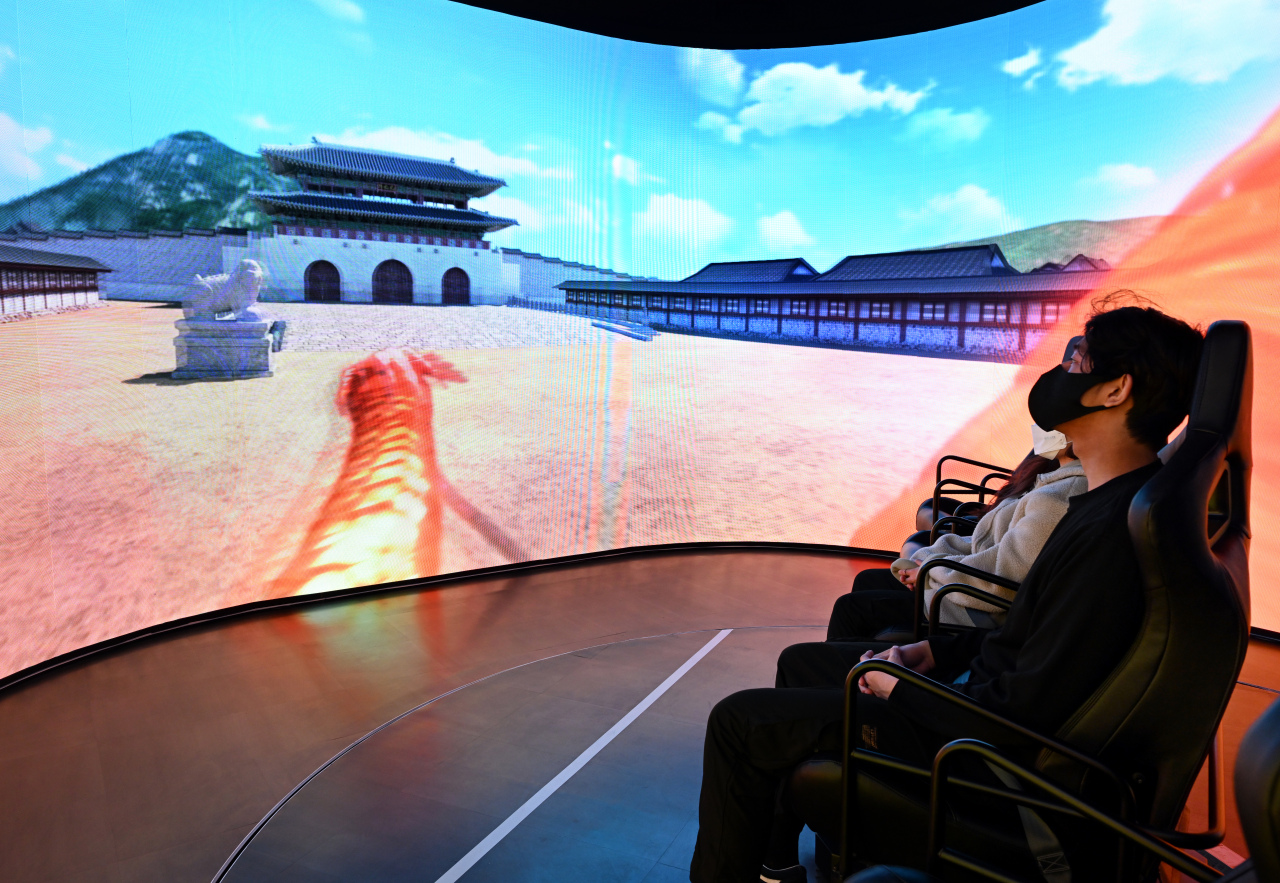 Located in the heart of Seoul, Gwanghwamun has been an essential hub for Korea’s history, culture and art. A new project there offers a glimpse of what the future might look like, with the help of cutting-edge 5G and artificial intelligence technologies.

The immersive media art project “Age of Light,” or “Gwanghwa Sidae” in Korean, was unveiled by the Korea Creative Content Agency and Ministry of Culture, Sports and Tourism.

The project provides eight different attractions in various spots around the Gwanghwamun area.

At the Seoul Metro Art Center in Gyeongbokgung Station, an immersive media art garden, “Gwanghwa Won,” and an AI experience booth, “Gwanghwa In,” are open to the public.

At “Gwanghwa In,” an AI version of King Sejong shows how the streets of Gwanghwamun have changed since the era of the Joseon era, followed by an AI version of SHINee’s Minho acting as a guide to the capital city.

Other attractions include a location-based augmented reality game, immersive AR experiences, a livestreaming concert that uses both VR and AR technologies and a virtual monument.

The general information center and visitor experience center, a one-minute walk away from Exit No. 4 and No. 7 of Gwanghwamun Station, is open from 10 a.m. to 8 p.m. every day.

More information about the venue is available in four languages — Korean, English, Japanese and Chinese — on the official website of “Gwanghwa Sidae.”