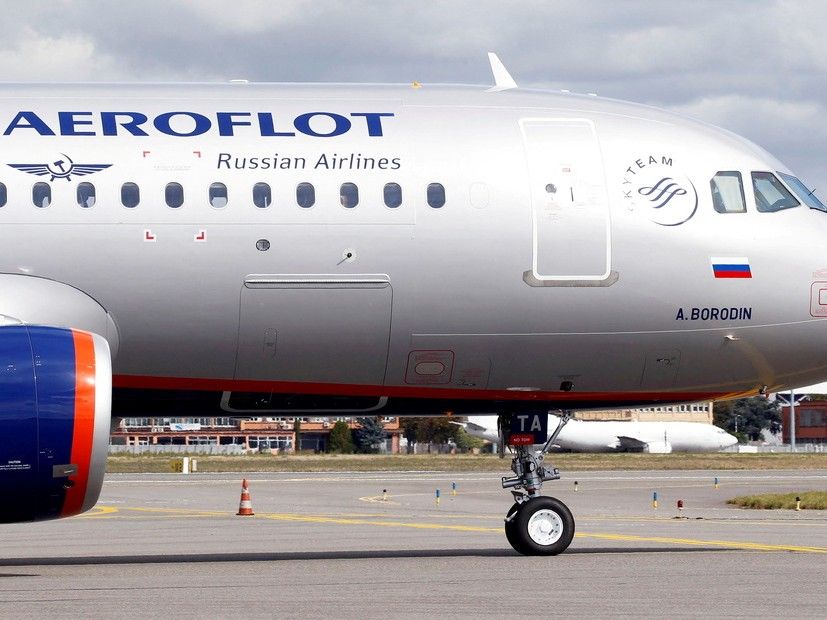 OTTAWA — Russian airliners continue to fly through Canadian skies after several European countries shut their airspace to Russian carriers in response to Moscow’s invasion of Ukraine — but Ottawa is keeping all options on the table.

“At this time, Canada’s airspace remains open to Russian carriers. However, the department is actively monitoring the current situation and working closely with key allies, including the United States,” Transport Minister Omar Alghabra’s office said in a statement to The Canadian Press on Friday night.

Russia’s flagship carrier Aeroflot operates multiple flights per day through Canadian airspace en route to the U.S. and beyond.

Aerospace consultant Ross Aimer says the passage marks a critical route for the airline, and that Russia would retaliate to flyover bans in kind.

“It would add hours to the flight, and sometimes make it impossible,” he said of any Canadian airspace closure to Russian planes.

“It’s also a very symbolic message … When they close it it’s devastating, because you’re basically telling your friends and neighbours, ‘You’re no longer welcome in my home.’”

Western carriers routinely fly over Russia — the largest country on earth — en route to Asia and the Middle East, though passenger aircraft are currently steering clear of Ukraine and parts of Belarus and western Russia.

On Thursday, the United Kingdom suspended Aeroflot’s foreign carrier permit, with Poland, Bulgaria and the Czech Republic following suit by closing their airspace to Russian passenger planes. Estonia, Latvia and Slovenia said Saturday they would do the same.

In a tit-for-tat response, Russia has banned commercial flights from the U.K., Poland, Bulgaria and the Czech Republic.

Launched this week, Russia’s large-scale invasion of Ukraine closed in on the capital of Kyiv on Saturday as troops struck the country from three sides.

On Friday, Prime Minister Justin Trudeau announced Canada would sanction Putin, along with his foreign minister, Sergey Lavrov, and other top Kremlin figures, holding them responsible for the “brutal, needless attack” on Ukraine.

Trudeau also said Canada would support the removal of Russia from SWIFT, the digital payment and messaging network that connects thousands of banks worldwide, which he said would make it even harder for Putin to “finance his brutalities.”

The Conservatives on Saturday urged the government to do more.

“This unprovoked attack, coming on the heels of a joint pact between the Russian Federation and the People’s Republic of China, is the most serious threat to the rules-based international order since 1945 – and because of that, a serious threat to global peace and security,” interim Leader Candice Bergen said in an emailed statement.

The party is calling on Trudeau to declare Russia’s ambassador persona non grata and expel him from Canada, recall Canada’s ambassador from Moscow and “isolate Russia internationally by seeking Russia’s removal from organizations like the G20 and the Organization for Security and Co-operation in Europe (OSCE).”