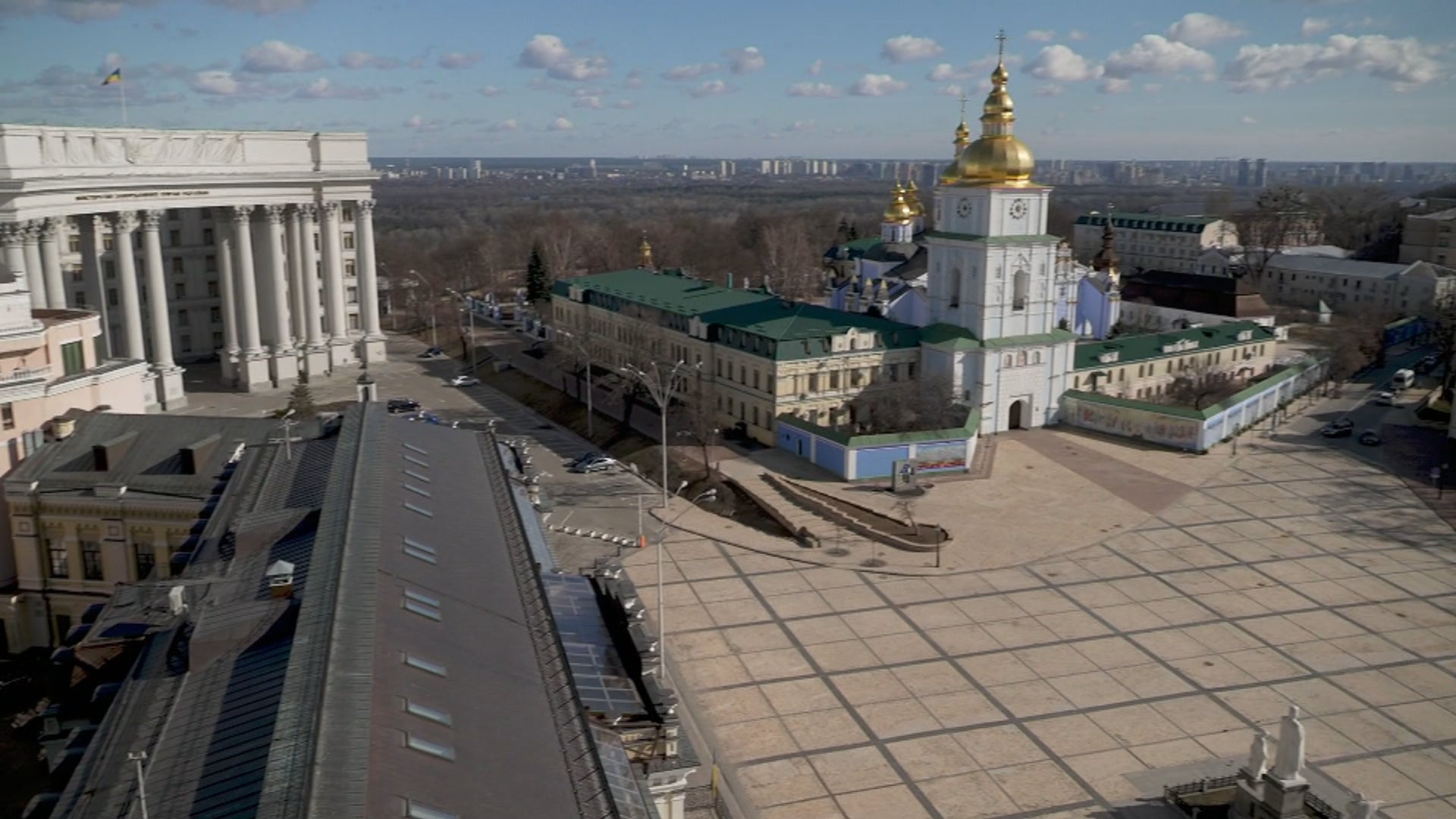 Dr. Sergei Zhuk, a history professor at Ball State University and an expert on the former Soviet Union, is from Ukraine and still has family there.

“My Ukraine is fighting for independence,” Zhuk said. “I am proud that Ukrainians will stand and fight back. I realize it will not be a very easy victory, if it happens, for Mr. Putin.”

Zhuk says Putin has two goals in invading Ukraine, the first of which is to restore the Soviet Union and its ideology.

“It’s 2022. It’s the 100th anniversary of the creation of the Soviet Union. The first republics which created this union were Russia, Belarus, Ukraine, and three republics from the Caucuses — Georgia, Armenia, and Azerbaijan. One of the first Soviet republics was Ukraine, and his first goal is to restore this situation,” Zhuk said.

Putin’s second goal is to humiliate the west, according to Zhuk.

“[Putin wants to] humiliate America, which, in his imagination, destroyed the Soviet Union. [He wants to] show America, show NATO, that he is the big boss here. It’s his Russian, quasi-Soviet territory, and he’s behaving like a fascist,” Zhuk said. “It’s reminiscent of what Hitler did.”

Zhuk says that, as a result of the Russian invasion, the world is now dealing with crimes against humanity.

“More than 50,000 people are fleeing from Ukraine. We have people dying. Civilians dying in southern Ukraine. In northern Ukraine. In Kyiv. It’s a crime. Now, we see that Putin is behaving as a war criminal,” Zhuk said.

“It’s a threat not just against Ukrainians, it’s against Europe and against NATO. We need to cut SWIFT from Russia. Russia must be stopped,” Zhuk said. “Second, Americans and NATO should provide protection of air space. Not for all Ukraine, but at least in western and central Ukraine and to show Putin that he shouldn’t go there, to the west. Otherwise, he will go to the west.”

If Putin gets to the western part of the country, he won’t stop there, Zhuk predicts.

“His next step will be to attack the Baltic states. Baltic states still are, in his imagination, Soviet states,” Zhuk said. “Putin actually prepared for this. He had drills in Kazakhstan. He staged riots there. He sent troops there. He suppressed these riots and he installed the pro-Russian regime. He wants to do this in Kyiv and in all ‘Soviet’ space.”