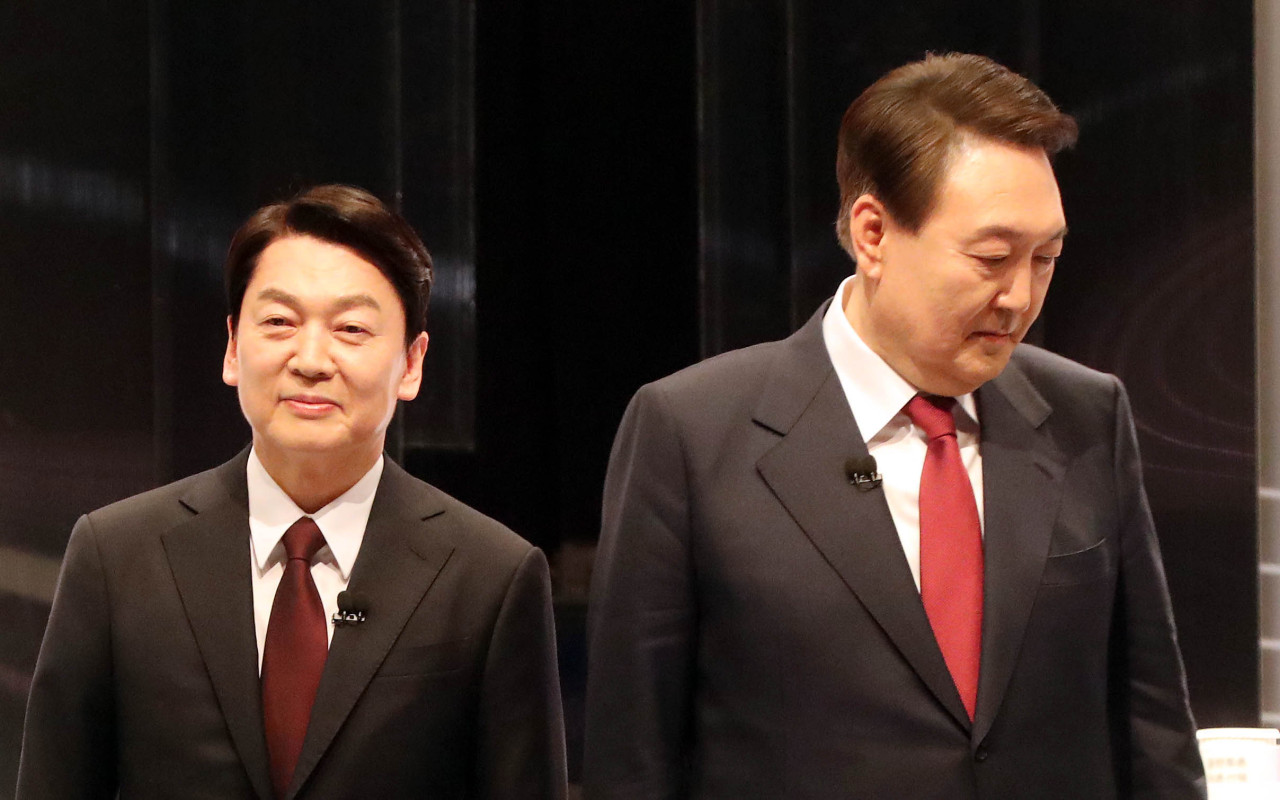 The ruling party currently holds 172 seats in the 300-seat assembly.

“In the past, the late President Kim Dae-jung dealt with huge opposition parties with only 79 members in the National Assembly supporting him,” Yoon answered. “We can cooperate as long as we stick to the Constitution.”

“If opposition parties oppose the ruling party (without good reason), it goes against the Constitution,” Yoon said.

Ahn disagreed, saying Yoon was being “idealistic” as he has never been part of National Assembly.

“I call for an integrated cabinet,” Ahn said. He has been repeatedly calling for appointing figures regardless of their political parties.

“If the president appoints figures from the ruling party, opposition party and experts, the people will have trust in the cabinet. Even a 180-seat opposition party will not be able to oppose easily. Expecting the National Assembly to stick to the Constitution is ideal and unrealistic,” Ahn said.