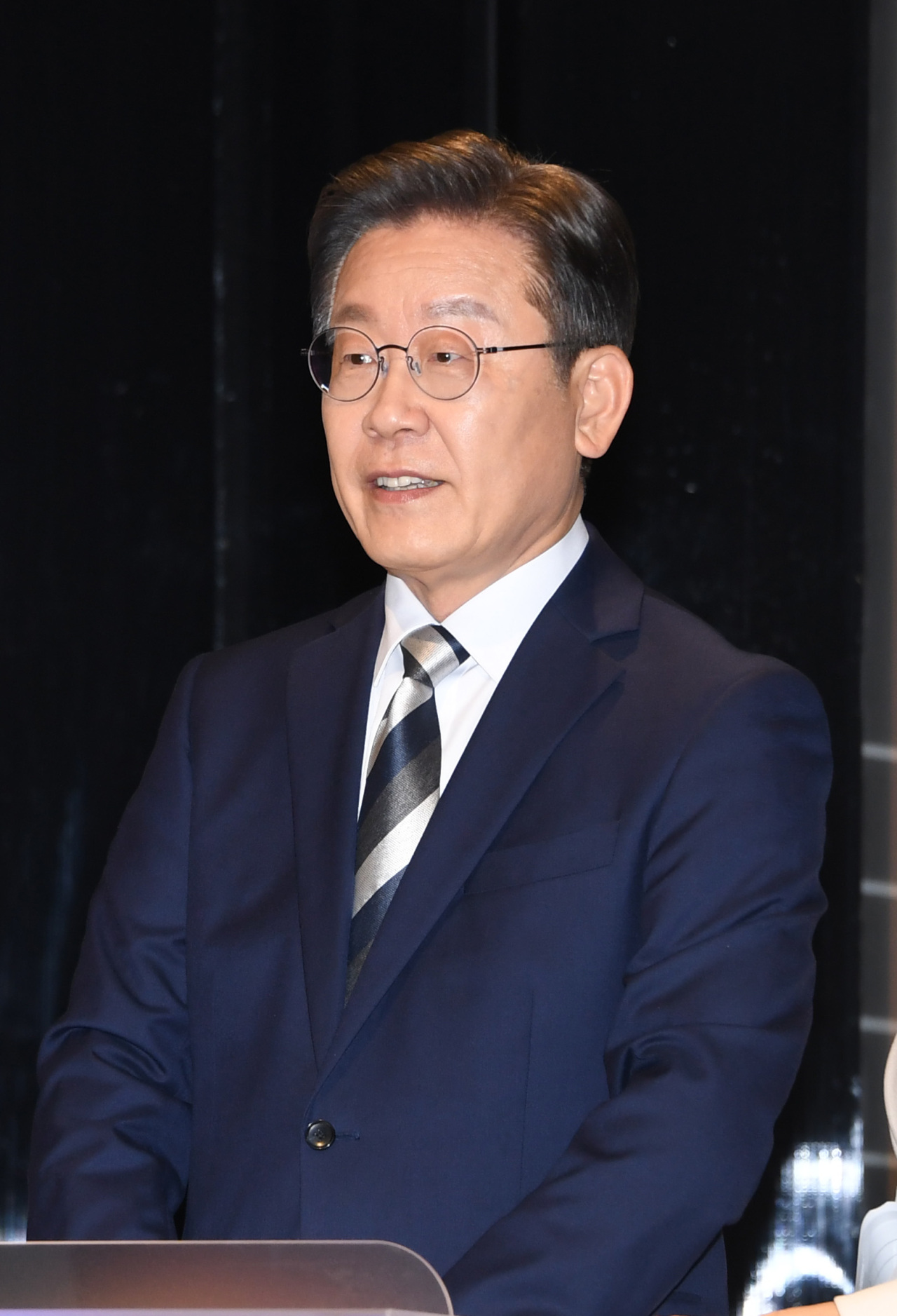 Kicker: Ruling party candidate sticks with his earlier comment on endorsing the push for the declaration

Presidential candidate Lee Jae-myung’s comment on endorsing an end-of-war declaration resurfaced during a televised presidential debate Friday night, in which Lee accused those against the move of being “anti-state” and thereby denouncing the diplomatic views of his presidential race competitors.
Ahn Cheol-soo of the minor centrist People’s Party asked Lee to elaborate on what he meant by saying those against the end-of-war declaration are not just being pro-Japanese, but should be seen as endorsing treason, as attempting to leave the state of warfare should be pursued and prioritized at any cost.
Lee responded that the biggest problem facing South Korea today is that the country is legally in a state of war, and claimed that the government must pursue attempts to terminate this status.
He added the declaration itself will not influence the role of the United States military in South Korea or create any major problems as claimed by his main rival Yoon Suk-yeol of the main opposition People Power Party.
The ruling party candidate said it is strictly anti-national to use political means in opposing the declaration towards promoting peace.
Ahn said later in his turn to speak that talks for denuclearization of North Korea should commence before talks for the end-of-war declaration occurs, as the peace declaration will provide North Korea a leeway to make unreasonable demands and worsen the peace relations on the Korean Peninsula.
(ko.juntae@heraldcorp.com)