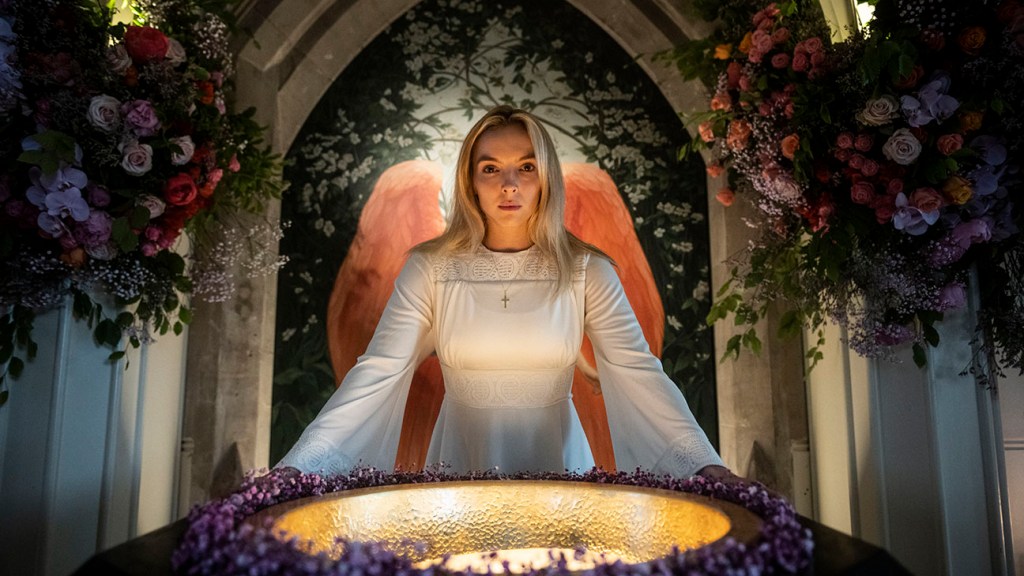 For a few minutes at the start of Killing Eve‘s fourth and final season, it looks like everything’s changed. In however much time has passed since the events of the season three finale — the series isn’t specific, but it appears to be a matter of months — all the major players have apparently moved on to surprising new phases. Villanelle (Jodie Comer) is on a journey of self-improvement, literally praying for a new life after the wreckage of the old one. Eve (Sandra Oh) looks relatively happy and healthy, enjoying both a new private security job and a new hookup buddy (Robert Gilbert). Carolyn (Fiona Shaw) has found a change of pace too, if somewhat less eagerly — she’s on a new assignment so dull, she’s napping at her desk.

It’s not long, however, before all these seemingly dramatic developments start to revert back to the well-worn narratives that have powered the show since season one. Of course both Eve and Villanelle are still obsessed with each other, no matter what they say; of course Carolyn is still on the hunt for the Twelve; of course it’s just a matter of time before they all collide once again, leaving streaks of blood in their wake. At this point, even the characters seem frustrated by their inability to break out of their patterns. “You’re still playing the same old game of chess,” one says in frustration during the premiere. She’s not wrong.

A fun but familiar ride to the finish.


But then, familiar pleasures are still pleasures, and Killing Eve is nothing if not indulgent. New showrunner Laura Neal retains her predecessors’ taste for sensual delights like lush colors and dreamy soundtracks — as well as a dark sense of humor, seen in wry visual gags like a shot that makes Villanelle look like an unlikely angel. It’s never not going to be fun to watch Villanelle step out in a succession of quirky designer outfits, or to listen to Carolyn steal every episode with her bone-dry delivery. Comer and Oh’s chemistry remains incendiary, so all-consuming that when they’re apart, each woman’s life seems defined by the other’s absence. When someone asks Eve what her ex was like, the person she describes is not her ex-husband Nico but Villanelle, because who else is she ever thinking of?

And Killing Eve throws enough new curveballs to keep the storyline fun in the first few episodes. There are a small handful of new characters, including an intriguing weirdo played by We Are Lady Parts‘ Anjana Vasan, and the unexpected return of an old one. Some of the flirty energy that Eve has always shared with Villanelle gets diverted to Helene (Camille Cottin), introduced in season three as a high-up member of the Twelve. Meanwhile, Villanelle’s off-kilter brain goes to some of the strangest places we’ve seen yet, including with one new look that actually made me blink in disbelief.

It’s just that after three seasons, even the twists can only feel so fresh. Villanelle, once an agent of chaos, has become predictable in her taste for blood. When she ingratiates herself with a new community in the early episodes, the question isn’t if it’ll end badly for those people, just how badly. Throughout the first hours of season four, Villanelle talks frequently and earnestly about wanting to become a better person, while simultaneously worrying that her killer instincts are too ingrained for her to ever truly change. (Eve certainly doesn’t seem to believe she can, comparing Villanelle to the metaphorical scorpion of frog-drowning fame.) Eve, on the other hand, seems to be coming to terms with her harder, sharper side, offhandedly aligning herself with the psychopaths that Martin (Adeel Akhtar) has spent his career studying: “Maybe I’m more of a them these days than a you.”

That dichotomy, between embracing one’s true nature versus trying to evolve into something else, feels like one faced by the show itself. That Killing Eve is in its home stretch should give it some leeway to go for broke — to push its comedy or drama or aesthetic delights to new extremes, to deliver on the pulsing desire that’s been at its heart this whole time, to finally articulate what it wants to say about what Villanelle and Eve bring out in each other or the world around them.

Instead, when Eve and Villanelle come face to face, it’s so they can bicker about how little the other has changed, and so we can marvel at how crackling they are together still. Certainly, the show’s earned a victory lap. If the second and third seasons couldn’t quite match the dizzying heights of the first, they were still joys to consume — feminine fever dreams splattered with gore, laced with acid humor and simmering with irresistible sexual tension. It’s hard to fault Killing Eve for wanting to relish once more in tried-and-true formulas before killing itself off for good.

If Villanelle can try to change, though, so too can the show she’s on. Perhaps it’s true that, as one character suggests, “reinvention is a form of avoidance” — Killing Eve can only change so much before it stops feeling like Killing Eve. But dangerous unpredictability has also been part of the show’s DNA from the beginning, and it’s what seems to be lacking as the series nears its end. With just five episodes left beyond the three sent to critics, the road is running out for Villanelle and Eve’s twisted romance, whether it ends in the two of them running off together, killing each other, or some combination of both. Here’s hoping for a few more swerves along the way.