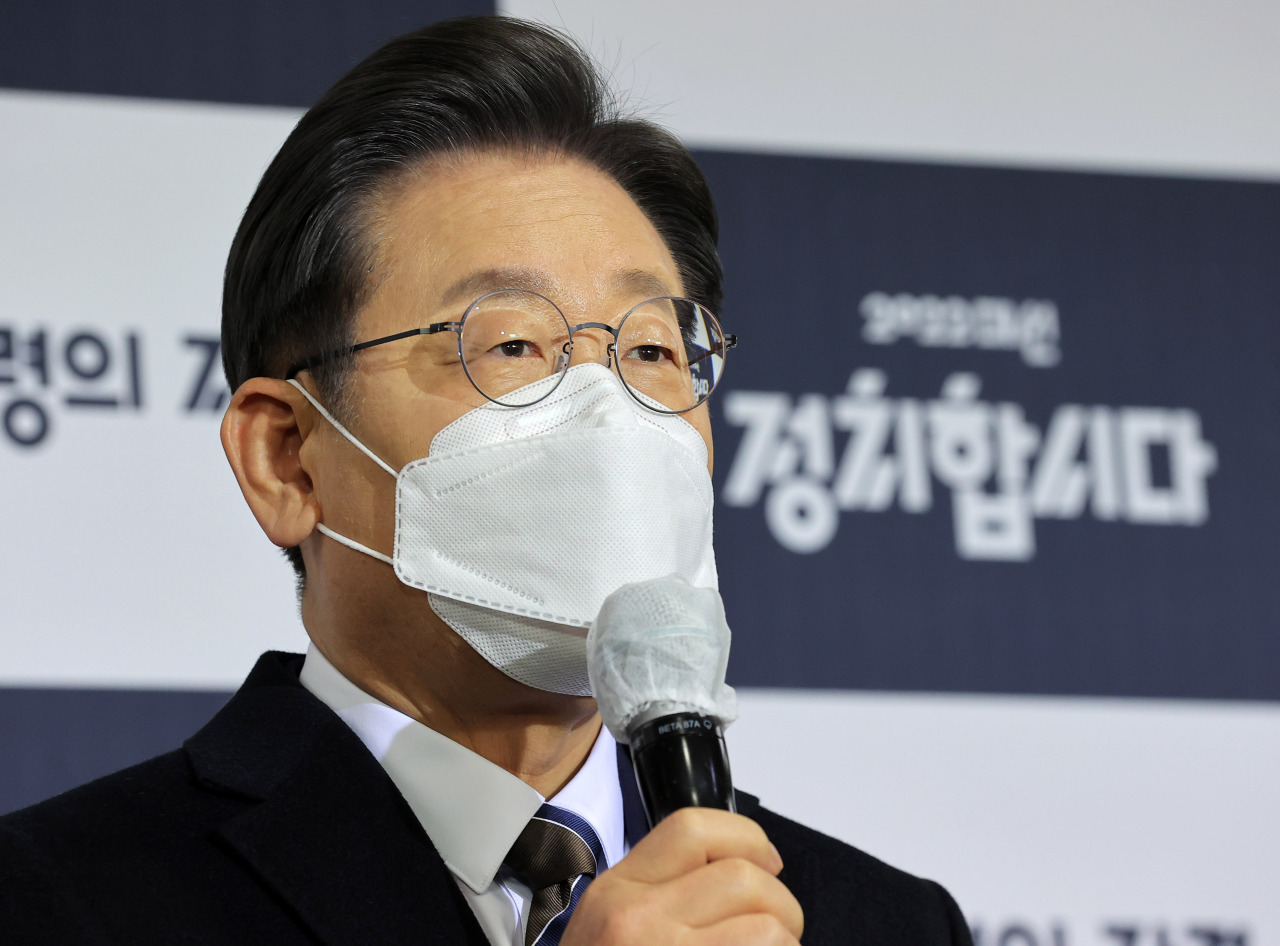 Presidential nominee Lee Jae-myung of the ruling Democratic Party of Korea firmly distanced himself from the Moon Jae-in administration, strongly denouncing the incumbent government for being reckless and failing to address the difficulties of Koreans during the pandemic.

During a TV debate held Thursday among four major presidential candidates, Lee said the Moon administration abandoned its responsibility of taking care of people in need by levying the burden stemming from the pandemic solely to the hands of small business owners.

“Even at this very moment, somebody out there is dying,” Lee said. “In this difficult situation, the country shifted the burden of being responsible of its people to the hands of small business owners.”

While Lee and Moon are both members of the Democratic Party, Lee has for months publicly distanced himself from the president, in an apparent bid to stay clear of any effect from the public ire over the missteps and failures of the Moon administration.

Lee had emphasized he will be different from Moon, attempting to appeal to politically neutral voters who do not support the president.