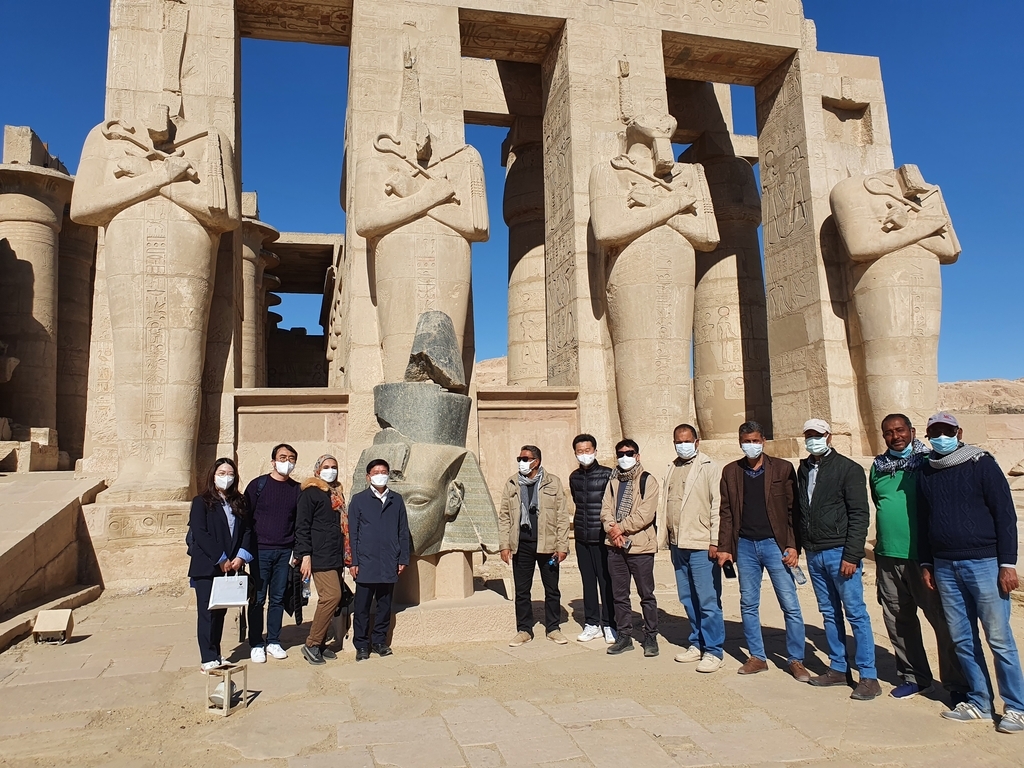 Beginning next year, South Korea will work on the restoration of the pylon and the access road of the Ramesseum, a mortuary temple of Pharaoh Ramses 2, located across from the modern city of Luxor in Upper Egypt, according to the Cultural Heritage Administration on Sunday.

Kim Hyun-mo, head of the Cultural Heritage Administration and Mostafa Waziry, secretary-general of Egypt’s Supreme Council of Antiquities, signed a memorandum of understanding for exchanges and cooperation on the two nations’ cultural artifacts, in Cairo, Egypt, on Friday.

The deal was made during President Moon Jae-in’s visit to Cairo, during a meeting with his Egyptian counterpart, Abdel Fattah el-Sisi, as part of his three-nation trip to the Middle East, which also included stops in the United Arab Emirates and Saudi Arabia.

Along with the restoration of the gateway of an ancient temple, the council of Egypt also requested for research assistance on yet-discovered ruins of the Thutmose 4’s temple.

The CHA plans to restore the access road of the Ramesseum beginning in 2023, working closely with the Korea National University of Cultural Heritage, who took in charge of the project to restore Mireuksaji pagoda in Iksan, North Jeolla Province, which was completed in 2019.

It will also push forth a project to archive artifacts owned by six museums and research institutes across Egypt, including the Egyptian Museum, the Coptic Museum and the Museum of Islamic Art, using digital technology to build a research database.

The CHA in turn, asked for the country’s cooperation in the listing of the Gaya Tumuli at an upcoming meeting of the World Heritage Committee, expected to be held in June.

“With Egypt’s initial request to sign an agreement on the protection and preservation of cultural properties last year, [our cooperation] came to fruition after relevant field investigations today,” an official from the CHA said.