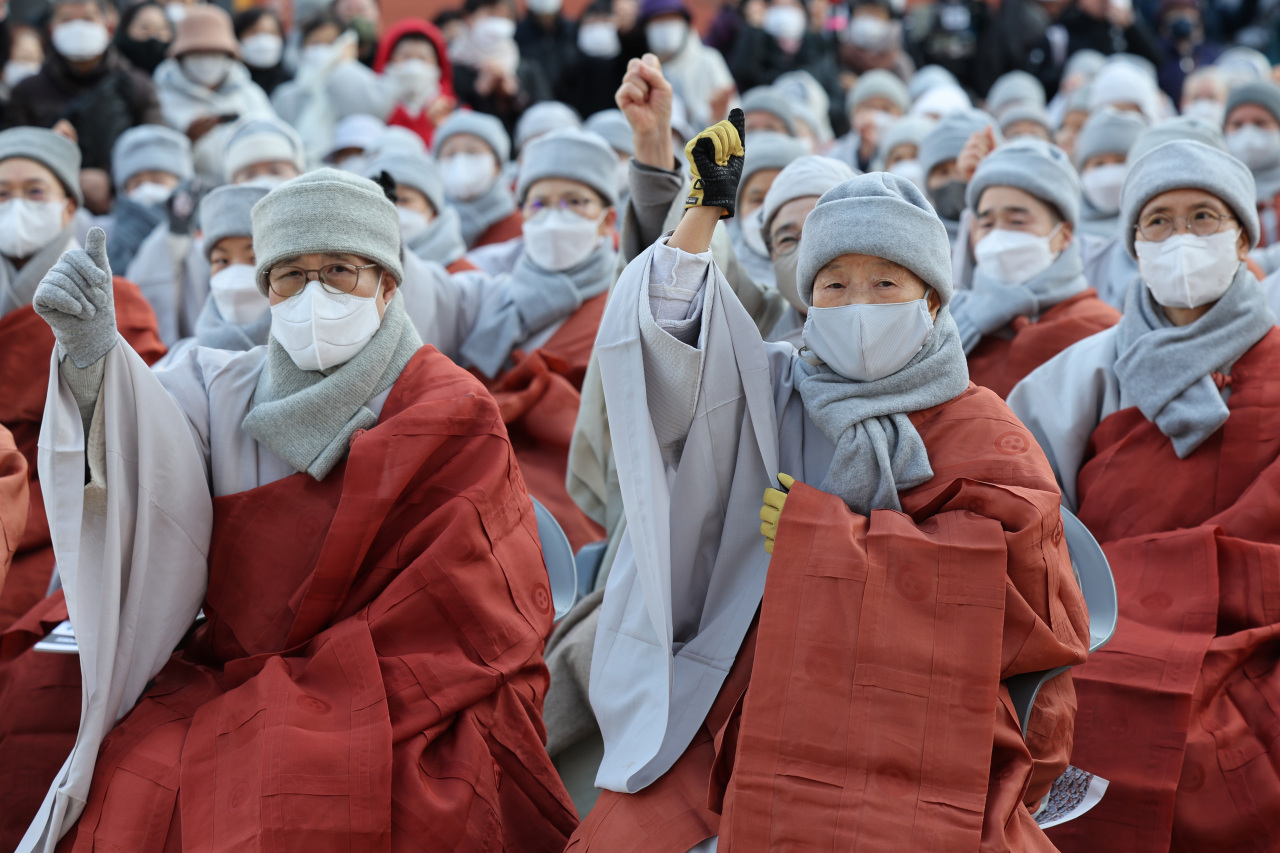 Thousands of Buddhist monks from all around the nation on Friday gathered in Seoul to protest against the “religious bias” they claim to be prevalent in Moon Jae-in’s government.

The monks, estimated to be as many as 5,000, demanded an apology from President Moon Jae-in for ”religious bias and discrimination” during the protest. The protest took place at Jogyesa, the chief temple of South Korea‘s largest Buddhist sect Jogye Order. They also called for the enactment of laws to prevent further religious bias against Buddhism and measures to preserve its national heritage.

A Buddhist protest this size is the first time since 1994, when Jogye Order monks convened for a large-scale rally under the banner of the “National Convention of Monks.” In 1994, monks took the street demanding the reform of the sect.

The Jogye Order and other sects have long complained about the Moon government’s policies that they claim to be discriminatory against them, ranging from the proportion of Buddhists in Moon’s cabinet, to a carol promotion campaign that took place last month led by the Ministry of Culture, Sports and Tourism.

The conflict reached its culmination in October when a lawmaker of the ruling Democratic Party of Korea, Jung Chung-rae, said that Buddhist temples are exploiting the profits of admission fees from national park visitors. Jung compared collecting “cultural asset viewing fees” to a legendary con artist in the Joseon era known for selling river water.

Jung initially refused to apologize, but when he later offered one, the Jogye Order refused it. The pressure on Jung grew even from fellow lawmakers in his party. As the presidential election approaches, there are growing concerns that the controversy could ruin the chances of his party’s candidate Lee Jae-myung.

On Friday, Jung attempted to make a public apology at the protest, but he was barred at the entrance.

Hwang Hee, the Minister of Culture, Sports and Tourism, tried to deliver a supportive message via pre-recorded video, but the video message was cut short upon the protestors’ request. The minister and the country’s several Buddhist sects have clashed over the ministry’s launch of the carol promotion campaign last month, which the Jogye Order said “is an explicit promotion of a specific religion by the government.”