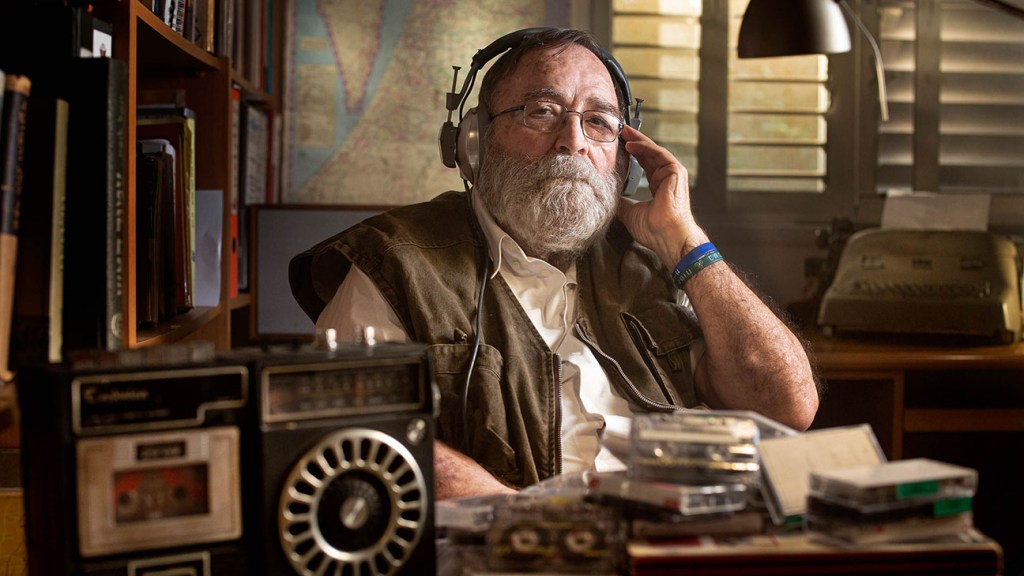 Breaking the silence over a little known and highly debated incident marking the creation of Israel, Alon Schwarz’ eye-opening documentary Tantura revisits events that took place in the coastal Palestinian village during the spring of 1948, when soldiers from the IDF allegedly killed several hundred innocent civilians as they drove them from their homes at the height of the Arab-Israeli War.

The killings, whose veracity has been disputed, were first exposed by historian Teddy Katz for a master’s thesis he submitted to Haifa University in 1998, with hundreds of hours of recorded interviews providing background evidence. But as Scharwz’s film reveals, Katz, who initially received high marks for his research, was sued for libel by certain interviewees in what felt like a deliberate attempt to cover up a massacre. Just as “the village was erased” during the war, as one witness puts it, so the story of Tantura was erased from the record by the powers-that-be.

A necessary investigation of a long-buried historical incident.

For his movie, Schwarz spoke with Katz — now in his 70s and weakened by several strokes — as well as a handful of surviving soldiers and eyewitnesses, shedding light on the birth of a nation whose past and present have been mired in conflict. Premiering in Sundance’s international documentary competition, the film is rather conventional in form but provides a troubling new perspective on Middle Eastern history that demands further viewing.

Using archive footage (some with added sound effects) to “cinematically illustrate events,” Schwarz can be a little too hands-on, chopping up the interviews to the point that you never spend enough time with any of the subjects except for Katz, whose life has been more or less ruined by his quest for the truth.

Still, this is explosive material for anyone unfamiliar with Israel’s history, which began in May 1948 when the British Mandate for Palestine ended and the new state of Israel declared its independence, resulting in a war that lasted for nearly a year and saw 750,000 to 800,000 Palestinians expelled from the land.

Known as the “war of independence” by Israelis and the “Nakba” (or “catastrophe”) by Palestinians, the reshaping of the map by armed forces was carried out under the leadership of David Ben Gurion, who, according to certain soldiers, instructed the fighters to “do their utmost” to claim Palestine as their own.

The definition of “utmost” seems to have been widely interpreted by several veterans who Katz interviewed for his thesis, describing events that had remained long buried since the war, only to be buried again when Katz’s research was refuted by authorities — including a decision by the Israeli Supreme Court not to rule on the libel case that would forever taint his thesis.

And yet the interviews Katz conducted are categorical in what they reveal, describing how soldiers from the IDF’s Alexandroni Brigade rounded up residents of Tantura, a small fishing village situated between Tel Aviv and Haifa, when they seized it on the night of May 22, 1948. They then proceeded to execute over 200 of them, burying their bodies in a mass grave that was later turned into a communal parking lot. “I didn’t take captives,” one soldier recalls, while another interviewee comments that shooting innocent civilians in the head was “exactly what the Nazis did.”

The massacre puts a major stain on Israel’s already controversial beginnings — “you cannot create a safe haven by creating a catastrophe for other people,” one witness remarks — and Schwarz reveals that the government did its best to cover it up, redacting testimony from the record and sealing archives that could prove problematic.

The surviving veterans in the documentary all more or less deny that a massacre took place, and, given most of them are in their 90s, it’s possible that some have indeed forgotten by now. “To each his reality, to each his interpretations,” is how a soldier rather slyly puts it, and this is very much a film about the way facts, subjectivity and memory tend to blur, especially when you’re dealing with such a contentious historical incident.

Tantura finally attempts to get the record on that incident straight, but as a movie, it serves an even greater purpose by bringing it to a wider public than ever before.