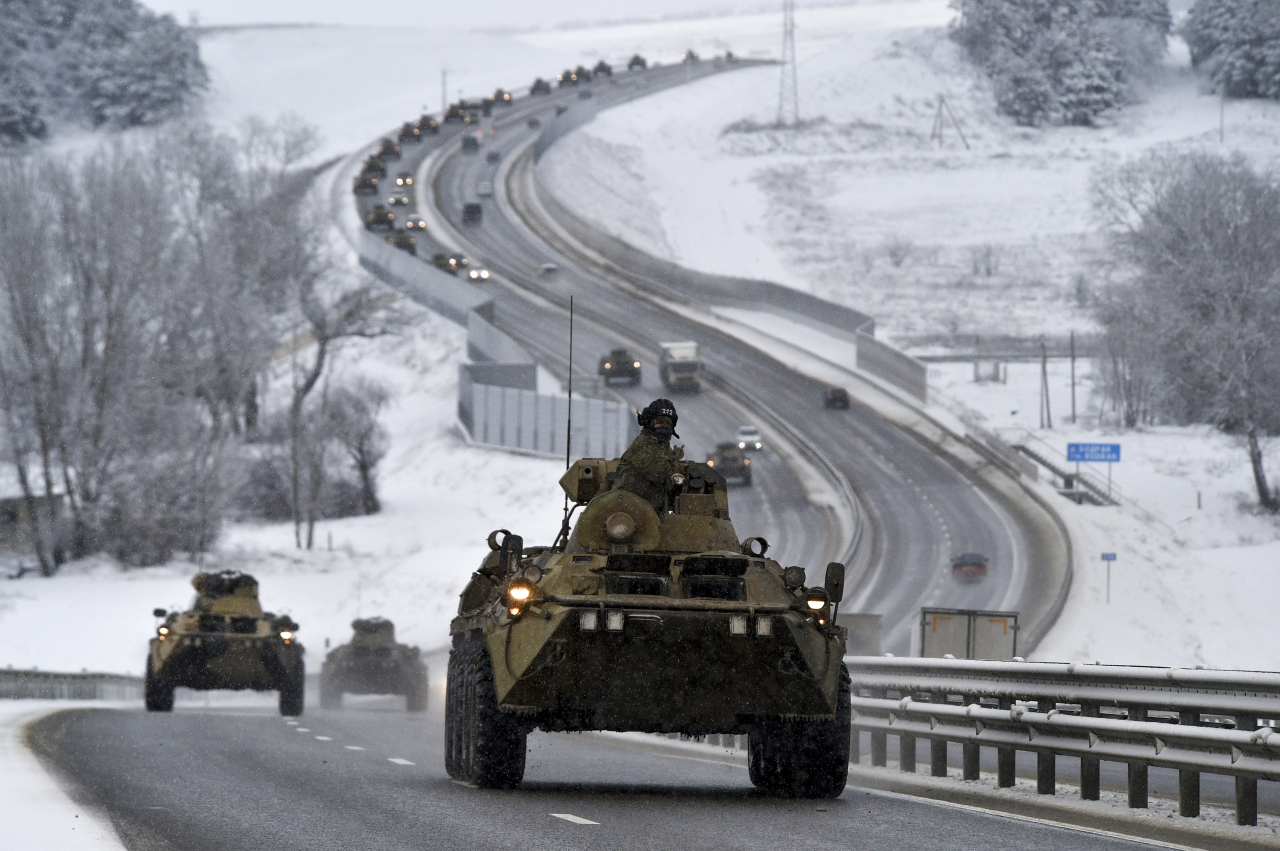 The escalating geopolitical tension between Russia and Ukraine is drawing attention to whether Washington will pose restrictions on exports to Russia, and the headache that could pose to South Korean electronics giants.

The White House National Security Council has informally asked the Semiconductor Industry Association, a chip lobbying group in the United States, to brace for possible actions against Russia if it invades Ukraine, Reuters reported. The Joe Biden administration may attempt to curb Russia’s access to global consumer electronics goods that use US chips, partly by ordering tech companies to shut down exports to Russia immediately.

This is in line with the US Commerce Department’s reported consideration of banning the export of mobile phones, laptops, computers, refrigerators and washing machines to Russia, which contain US chips or software and are made by non-US manufacturers, including those of Korea.

Samsung and LG could be subject to the US-led sanctions, given that they are not only selling but also manufacturing electronics goods.

Samsung and LG are dominant players in the Russian television market, combining for about 60 percent market share. Samsung is also considered one of the leading brands in the Russian smartphone market, along with Apple and Xiaomi.

Moreover, the companies are operating production lines in Russia. Samsung runs a TV plant in Kaluga, a city about 160 kilometers southwest of Moscow, with a capacity of 3 million TV sets annually to meet local demand. LG’s consumer electronics facility operates in Ruza, in Greater Moscow.

But experts say it is too early to be gripped by fears stemming from the conflict, with Russia‘s recent deployment of some 100,000 troops along the Ukrainian border following signs that the US-led North Atlantic Treaty Organization is expanding eastward through Ukraine.

The possible curb “could be just one of the options that the US is pondering,” regardless of how intense the geopolitical conflict would be, said Han Tae-hee, a semiconductor systems engineering professor at Sungkyunkwan University in Seoul.

“It is unrealistic to say that the US could actually take action, considering Europe’s reliance on Russia in terms of natural gas supply as well as Russia’s military power.”

A Samsung spokesperson said it would have little impact on the company, should the export curbs materialize. LG is keeping a close eye on developments surrounding the Russia-Ukraine conflict, its spokesperson said.

“Few Korean consumer electronics goods use US chips,” said Noh Geun-chang, a senior analyst at Hyundai Motor Securities. “Chips for artificial satellites or aerospace technology are likely to be targeted by the export restrictions.”