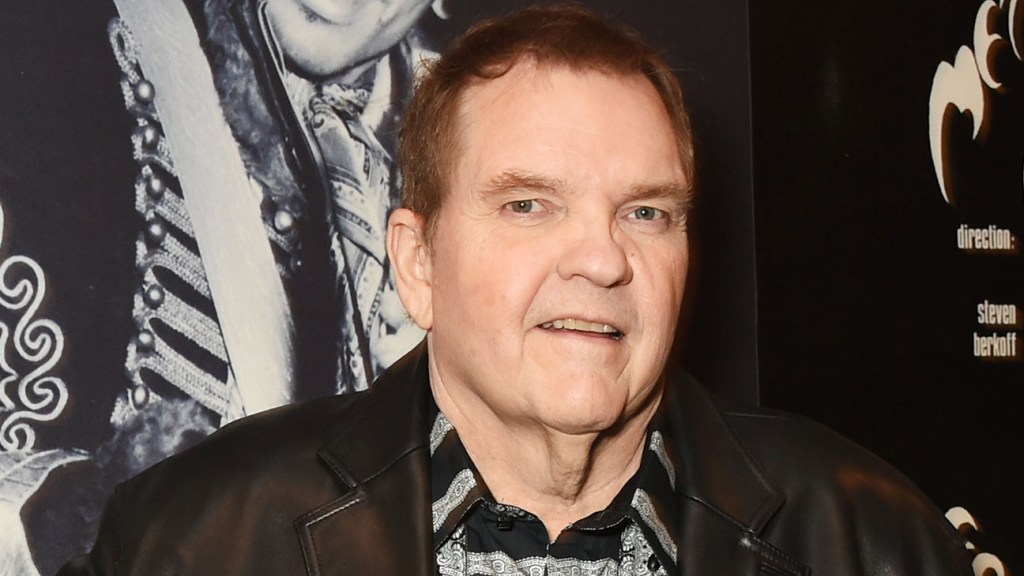 Hollywood is remembering the life and legacy of Meat Loaf, one of rock’s greatest showmen, after his death at 74 was announced by his family on Friday.

Born Marvin Lee Aday, the rock superstar beloved by millions was known for albums like Bat Out of Hell — one of the top-selling albums in history selling more than 40 million copies globally —  as well as a number of power anthems, including “Paradise By the Dashboard Light,” “Two Out of Three Ain’t Bad,” and “I’d Do Anything for Love (But I Won’t Do That).”

Throughout his career, Meat Loaf performed on stage around the country and the world, leading his own tours while also opening for acts like the Who, the Grateful Dead, Cheap Trick and Janis Joplin. But Aday was also a performer beyond his prolific music career. He appeared in a number of stage and screen roles, notably the Broadway production of Hair, in the theater and film versions of The Rocky Horror Picture Show as biker Eddie, as an understudy for John Belushi in the stage production of National Lampoon and in David Fincher’s big-screen adaptation of Fight Club.

Following the news of the rocker’s death, various entertainers and performers who collaborated with him or loved his work took to social media to share their remembrances and honor the late musician.

Singer Cher remembered her work with Aday on “Dead Ringer,” sharing that the duo “had so much fun. “Am very sorry for his family, friends [and] fans. Am I imagining it, or are amazing [people] In the arts dying every other day?!”

CODA star and Oscar-winning actress Marlee Matlin, who personally knew Meat Loaf, wrote, “He was passionate. A softie. Kind. And talented as hell. And he was my friend. My heart is broken into a million pieces.”

Theater legend Andrew Lloyd Webber paid a brief but fitting tribute to the rocker who graced theater’s stages. “The vaults of heaven will be ringing with rock. RIP Meatloaf. Give my best to Jim [Steinman].”

Star Trek icon George Takei referenced one of Meat Loaf’s most famous songs, writing, “We wanted you, we needed you — and we loved you. Three out of three after all, Meatloaf. You will be missed.”

Fellow vocal powerhouse Adam Lambert called the late musician “a gentle hearted powerhouse rockstar,” tweeting, “You were so kind. Your music will always be iconic. I’m sure you’re singing concerts in the great beyond. Rest In Peace sir.”

Comedian and actor Stephen Fry, who performed with Aday on Saturday Night Live in the 1980s, remembered him as “being simultaneously frightening and cuddly, which is rare and rather wonderful” while also hoping that “paradise is as you remember it from the dashboard light, Meat Loaf.”

See more tributes as they come in below.

Had So Much Fun With Meatloaf When We Did “Dead Ringer”. Am Very Sorry For His Family,Friends,& Fans. Am I imagining It, or Are Amazing Ppl In The Arts Dying every other Day⁉️
😢

He was passionate. A softie. Kind. And talented as hell. And he was my friend. My heart is broken into a million pieces. RIP my friend, Meat Loaf. pic.twitter.com/SP0BPJ9AaX

The vaults of heaven will be ringing with rock. RIP Meatloaf. Give my best to Jim. – ALW

Saddened to hear this morning that Meatloaf has passed.

We wanted you, we needed you–and we loved you. Three out of three after all, Meatloaf. You will be missed.

No one except maybe Freddie Mercury nailed operatic rock like #MeatLoaf. BAT OUT OF HELL is a masterpiece. RIP pic.twitter.com/vOd8LnojRm

I hope paradise is as you remember it from the dashboard light, Meat Loaf. Had a fun time performing a sketch with him on Saturday Live way back in the last century – https://t.co/RxoH36OYHw

Met Meat Loaf once when I was presenting the Pepsi chart show. I was genuinely star struck. That dissipated quickly, as he was the sweetest, most humble person I had to interview. He made me feel like he was interested in me, not the other way round. One of the good guys. RIP 😞

A gentle hearted powerhouse rockstar forever and ever. You were so kind. Your music will always be iconic. I’m sure you’re singing concerts in the great beyond. Rest In Peace sir. #MeatLoafRIP #Meatloaf pic.twitter.com/9twdJcOeP1

So sad to find out this morning my good friend #Meatloaf has passed. Meat had a huge heart for his fellow man, and was one of the most talented humans God ever created. A true force of nature and one of a kind. I am blessed to have had a close friendship with him. #MeatLoafRIP

R.I.P Meatloaf. Love and prayers to all his family and close friends. He once turned me upside down in a Chinese Restaurant in St Johns Wood.

I am shocked & saddened by the sudden death of Meat Loaf. He was, as you might imagine, a larger than life character with a voice & stage presence to match & is one of those rare people who truly was a one off talent and personality. Rest In Peace

So sad to hear Rock star Meatloaf has passed away. RIP dear soul. Rock with the angels! Thanks for the music sir.

Rest in Power #MeatLoafRIP Soemone asked what my last tweet: “Hot Patootie bless my soul, I really love that Rock N Roll” meant. Observe, AND here, you get a @ChrisBooker sighting as a bonus! #Meatloaf A UNIQUE #Rock presence for the ages https://t.co/ePXdl8XidX

“Dreams they come and go, but thoughts like love will always grow.”

It’s with great sadness that we mourn the passing of rock and roll legend, #MeatLoaf.

He will be sorely missed 🕊 pic.twitter.com/VYRp9e8Vfi