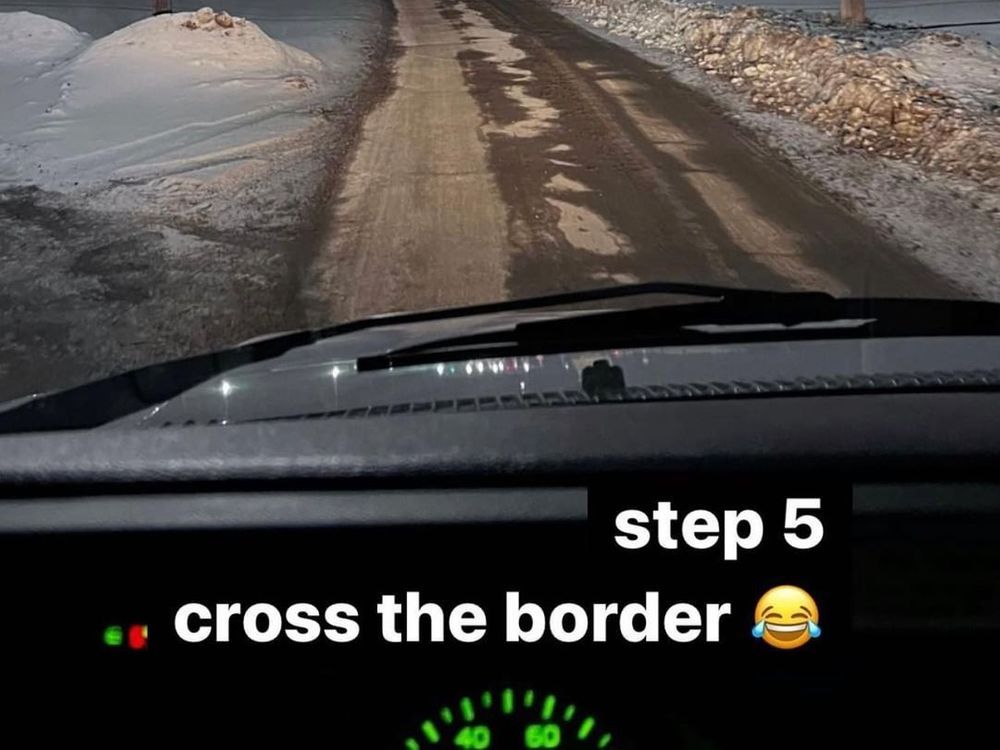 James William Awad, organizer of the controversial Dec. 30 Sunwing trip to Mexico, finally found his way back to Montreal, although Awad was hit with a hefty fine for crossing the Canadian border after the 10 p.m. curfew on Sunday.

On Jan. 6, Air Canada, Air Transat and Sunwing announced that flights from Cancun to Montreal would be suspended for those who participated in the trip.

Awad’s solution, after weeks of deliberating in Mexico, was to drive across the U.S.-Canada border via U-Haul truck with two friends in hopes of escaping unwanted attention.

“I was just trying to escape from journalists waiting for me at the airport,” he told CTV News. “That’s why I went from New York to Montreal in a U-Haul.”

The 28-year-old influencer was stopped and fined by Quebec provincial police at around 3 a.m. for being out past curfew on Sunday, the province’s last night enforcing curfew measures.

Awad told Daily Hive that he refuses to pay the ticket.

“It’s invalid since the government website mentions curfew ends on the 17th.”

Awad and his two friends each received a $1,500 ticket.

“They were in a car on Highway 15 in St-Bernard-de-Lacolle… outside of their home without a reason,” said the police spokesperson, Audrey-Anne Bilodeau. “This was prohibited because of curfew.”

Awad said he would rather donate the money to a charity than pay the ticket.

“I’m going to donate that money to a health organization instead of paying that ticket,” Awad said.

Here’s the 3 Curfew Fines my friends and I have received at 3:00 AM on our way back home from US to Canada, 2 hours before end of curfew. I’m not gonna pay it :). I’m donating that money to a good cause instead. pic.twitter.com/iveVOkQ8Tu

Awad remains unfazed by the consequences he and others on the infamous flight face from Transport Canada. They can be fined up to $5,000 if the department establishes Sunwing’s non-compliance with Transport Canada’s regulations and requirements.

“I’m not worried about the penalties to be honest,” Awad said. “Whatever happens, happens. There was nothing criminal about this whole situation. If I get a fine, I’ll pay it and move on.”