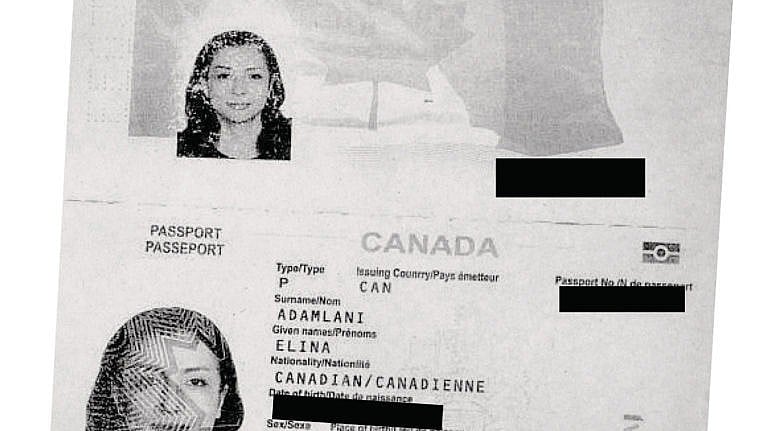 Her attempts to reach Canada left her in a Brazilian prison. A court there has finally cleared her name and convicted a Canadian-Iranian man of human trafficking.

Mahnaz Alizadeh has been cleared by a Brazilian court and Reza Sahami, a Canadian-Iranian who has been living in Vancouver, has been convicted of human trafficking and sentenced to three and a half years in prison.

The Brazilian court decision confirms Alizadeh’s version of events, as told to Maclean’s. Alizadeh, an Iranian woman who risked prison in Iran by helping make a documentary about human rights lawyer Nasrin Sotoudeh, paid Sahami US$12,000 to help her get to Canada, thinking that she would enter on a tourist visa.

Instead, once she flew to Ecuador, after he had her money, he gave her a fake passport and convinced her to use it to travel to Brazil, where they were both arrested and charged with human smuggling, along with six other Iranians.

Although she was a real political refugee, somehow Brazilian police and prosecutors came to believe she was working with Sahami as a smuggler, which she denied. Alizadeh ended up spending 49 days in a prison in the jungle town of Rio Branco, until Brazilian journalists and lawyers learned of her fate and managed to get her out of prison.

Sahami, who has homes in Vancouver and Tehran, and has repeatedly been investigated for suspicion of human smuggling but never charged, until now. He denied that he had anything to do with the business, telling Maclean’s earlier this year the whole thing was made up.

“Think about it,” he said, laughing. “If they know I’m the biggest smuggler and they can’t do anything, what does it suggest to you? Either I am not, or they don’t know s–t. Which one?”

A federal judge, Jair Facundes, concluded on Nov. 1 that Sahami was guilty, as Alizadeh had alleged, and sentenced him to three and half years in prison. He is now appealing that decision.

“Considering the social context and the work carried out by Mahnaz in Iran, the accused could not be required to have a different pattern of guilt regarding the use of a false document,” said Judge Jair Facundes in his verdict, adding that Alizadeh “aimed to flee to a safe place, seeking your freedom.”

The judge found that Alizadeh did co-operate with Sahami but that she was not criminally responsible since she “could not act otherwise, under penalty of jeopardizing her freedom and perhaps her own survival.”

It is not clear where Sahami is now. When he spoke to Maclean’s earlier this year, he said he was in Vancouver. Court documents in Brazil show that he had been investigated by U.S. Immigration and Customs Enforcement—but not charged or convicted—in 2009 for suspected human smuggling involving the movement of Iranians through the Dominican Republic, in 2010 for a scheme to acquire stolen Iranian passports in Thailand, and in 2013 for smuggling Iranian and Afghan migrants through Venezuela and Mexico.

In several interviews earlier this year he denied ever working as a smuggler.

Alizadeh has left Brazil and is safe in another country, which she does not want revealed for fear of revenge. In an email, she said the verdict came as a huge relief after a terribly difficult time.

“It’s been two days that I have received my acquittal, and the world has become more beautiful for me with a sense of security and justice in it,” she said. “I have gotten back my identity again. I owe this great feeling to all those lovely people who helped me during my ordeal.”

She credited Brazilian journalist Fabiano Maisonnave and a group of Brazilian female lawyers who took on her case on a pro bono basis for helping her get justice.