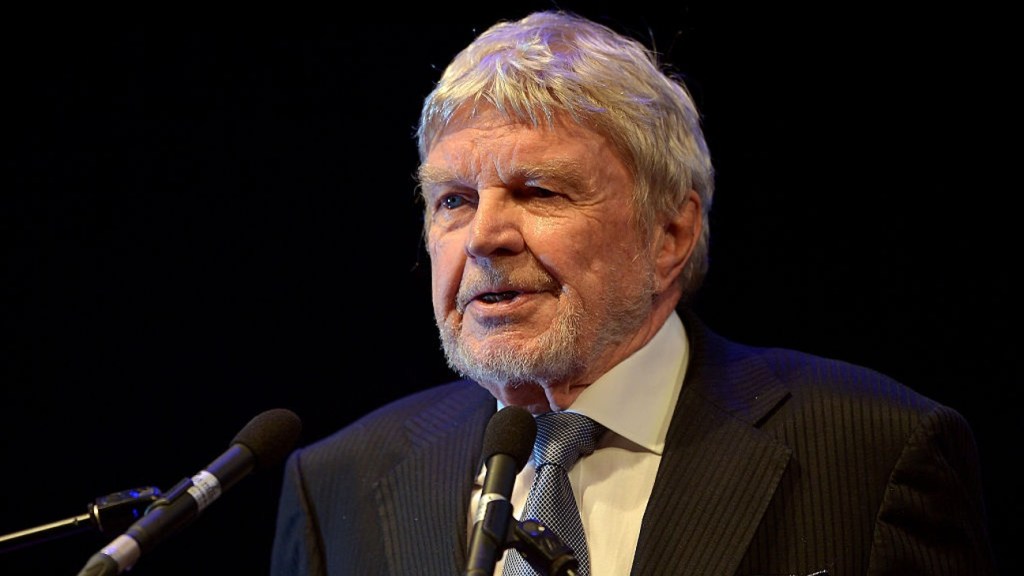 Krüger died “suddenly and unexpectedly,” the agency said in a statement, adding, “his warmth of heart, joie de vivre and his unshakable sense of justice will make him unforgettable.”

Born in Berlin in 1928, the child of ardent Nazis — in his 2016 autobiography, he said was “raised to love Hitler” — Krüger made his film debut in The Young Eagles, a 1944 propagandist coming-of-age drama. Drafted, aged 16, to fight in World War II, Krüger saw combat as a member of the Nazis’ infamous SS and was captured by American forces. In his telling, Krüger broke with Nazism after an incident when we refused an order to kill a group of captured U.S. soldiers. Sentenced to death for cowardice, he was only saved when a fellow SS officer countermanded the order. After he became a star, Krüger repeatedly spoke out against right-wing extremism, citing his personal experience.

Krüger returned to acting after the war and starred in Otto Preminger’s German version of The Moon Is Blue (1953). Uninterested in the roles he was getting in Germany, Krüger looked to France, England and finally Hollywood for work. He starred in the 1957 British war film The One That Got Away about Franz von Werra, the only German prisoner of war to successfully escape from Allied custody and return to Germany. He played a Vietnam veteran in French drama Sundays and Cybèle, which won the best international feature Oscar in 1962.

Krüger’s typically Teutonic appearance — blond hair and stark blue eyes — made him a natural to play German soldiers and Nazi baddies in features like The Flight of the Phoenix (1975) and A Bridge Too Far. But his talent, and rugged good looks, helped him break through to non-cliched roles, including the romantic interest in Bachelor of Hearts (1958) or the retired race-car driver Kurt Müller, part of John Wayne’s team of professional game catchers in Hawks’ Hatari!

Krüger was married three times — from 1950 to 1964 to the actress Renate Densow (who died in 2006), from 1964 to 1977 to the Italian painter Francesca Marazzi and from 1978 until his death to the American Anita Park, the couple dividing their time between California and Hamburg, Germany. He is survived by three children: Christiane, Malaika and the actor Hardy Krüger Jr.