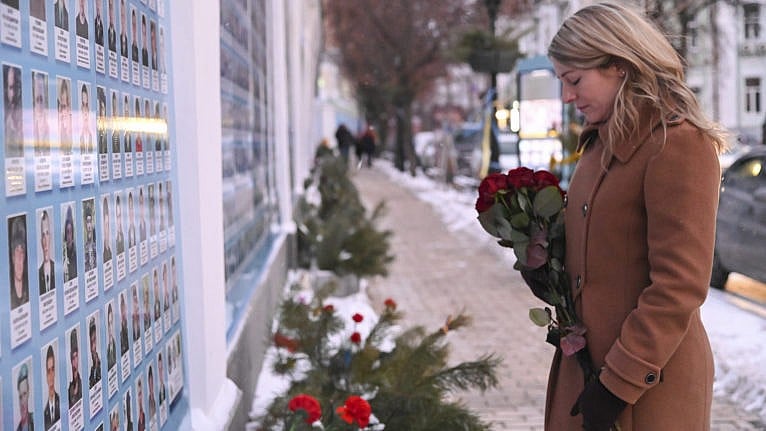 Politics Insider for Jan. 20: Inflation hits a 30-year high; pressure intensifies on Trudeau over supply chain issues; and Ontario prepares to open up

Guns to Kyiv? Ottawa is poised to extend a military training mission and may provide Kyiv with weapons, sources tell the Globe as the world waits for Russia to move on Ukraine.

And Prime Minister Justin Trudeau said Wednesday that Ottawa is also drawing up a list of economic sanctions that would be imposed on Moscow if Russia launches a military offensive against Ukraine. “We are working with our international partners and colleagues to make it very, very clear that Russian aggression is absolutely unacceptable,” Mr. Trudeau told reporters. “We are standing there with diplomatic responses, with sanctions, with a full court press to ensure Russia respects the people of Ukraine.”

The interesting questions are not answered or even acknowledged. If 140,000 Russians roll across the border, do the Canadians fight or come home? If overwhelmed would they be reinforced? Call us when you have answers. Or, come to think of it, never mind; we may find out soon anyway. Second, and more broadly, everyone knows the real questions here. Should Ukraine be in NATO or, pending membership, defended by NATO with military force as though it already were? Should the pro-Western half of Ukraine, which lately includes its national government, receive lethal arms from NATO countries so it can participate in its own defence?

Prices up: Inflation hit a 30-year high at the end of 2021, which sets the stage for higher interest rates, CP reports. Statistics Canada reported Wednesday that the annual pace of inflation climbed in December to 4.8 per cent, the highest since 1991. Groceries climbed year-over-year by 5.7 per cent, the largest bump in a decade, and housing climbed by 9.3 per cent compared with December 2020. Gas prices were still up 33.3 per cent year-over-year in December.

Empty shelves: Trudeau is coming under increasing pressure on supply chain issues, as grocery stores struggle to keep shelves stocked, and industry leaders blame, among other things, a federal vaccine mandate for truckers. The Globe has a roundup on the issue:

“We were able to keep the essential flow of goods, medical supplies, of food, flowing back and forth across the border,” Mr. Trudeau said. “We will continue to make sure that we are getting what we need in Canada.”

Sylvain Charlebois, the director of the Agri-Food Analytics Lab at Dalhousie University, said on Wednesday there is already some evidence at retail stores that the supply chain is “not working effectively.” “We are seeing empty shelves across the nation,” he said, adding this is due to factors including the Omicron variant of the coronavirus, winter weather and the vaccination mandate.

Too much spending? In the Post, John Ivison notes that free-spending Liberals are under growing pressure to put on the brakes.

Justin Trudeau has been quick to point out that inflation is a global phenomenon – and it is (the OECD average is 5.8 per cent, in the U.K. prices rose by 4.8 per cent in December, and in the U.S. they rocketed by seven per cent). But Yves Giroux, the Parliamentary Budget Officer, said the government’s plans for future spending are not helping matters. “It puts additional pressure on inflation,” he said.

PBO concerned: The Globe reports that Giroux also has concerns about the slow pace of financial reporting from the government, and doesn’t think the Liberals are being sufficiently clear about what spending is related to the pandemic.

In a report released Wednesday, the PBO also states about a third of the $541.9-billion allocated for new spending through to 2026-27 is not part of the government’s formal COVID-19 response plan. The PBO’s assessment is at odds with the government’s own announcements, which have characterized at least some of that spending as pandemic-related.

Jan. 31: Doug Ford is expected today to announce an easing of pandemic restrictions on Jan. 31, the Star reports, allowing indoor restaurant dining, gyms and movie theatres to open at 50 per cent customer capacity with masking protocols and proof of vaccination.

But there are signs the Omicron wave is peaking after quickly burning through the province, with the growth in infections and hospitalizations slowing. “We’re starting to see a glimmer of hope,” Health Minister Christine Elliott told a news conference Wednesday. “We expect these trends to continue, giving us more confidence as we plan for what comes next.”

Elliott concerned: Elliott is urging the regulatory body overseeing the province’s health professionals to crack down on doctors spreading unverified medical information brought to light in a Global News investigation, Global reports. “At a time when it’s never been more important for Ontarians to have confidence in the safety and effectiveness of vaccines, this is unacceptable,” she said.

Good polls: Two new polls from from Abacus and Ekos show Ontario PCs in the mid 30s of voter support, while the Liberals and NDP are in the 20s, the Toronto Sun reports.

The polls will be seen as a reprieve for Ford and his team after a recent Angus Reid poll showed his job approval rating falling, an an Innovative poll showed the Liberals with a slight lead over the PCs for voter support.

PM buys treats: Trudeau dropped by an Ottawa bakery Wednesday that was robbed twice this month, CTV reports. “After hearing about the recent break-ins at Brown Loaf Bakery, Yasir Naqvi and I decided to stop by and meet Yan – and pick up some treats, of course,” said Trudeau on Twitter.