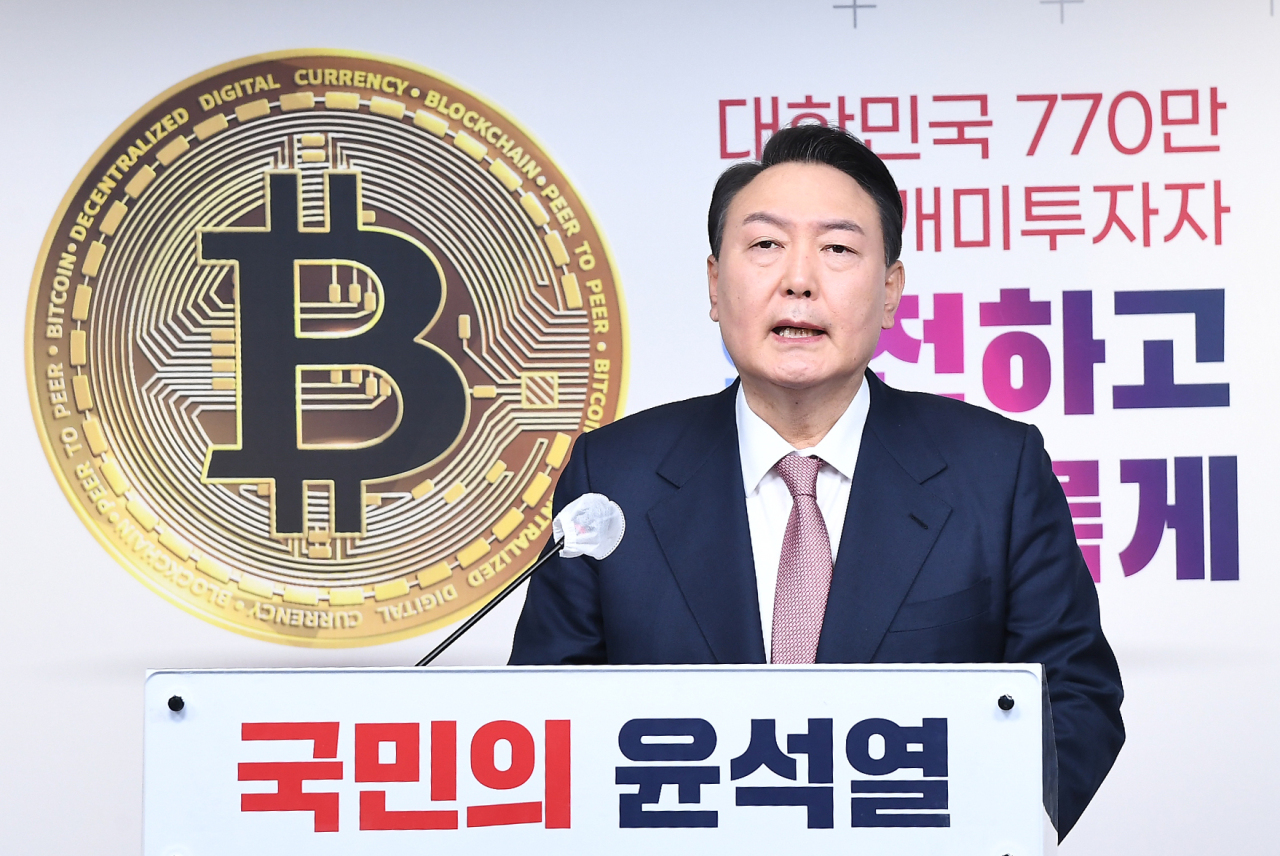 Main opposition presidential candidate Yoon Suk-yeol pledged Wednesday to ease the tax burden on profits from cryptocurrency investments by raising the threshold from the current 2.5 million won ($2,097) to 50 million won.

Yoon of the conservative People Power Party announced the pledge at the party’s headquarters, saying he will raise the bottom limit to the same level as stocks and give tax exemptions for returns of up to 50 million won.

The candidate also said he will introduce a digital asset law aimed at protecting investors and confiscating the entire amount of profits obtained unfairly through manipulation.

Yoon promised to establish a new government agency to oversee new areas of the digital industry, such as cryptocurrency and non-fungible tokens, and also allow local initial coin offerings (ICOs).

“I will foster a digital asset investment environment similar to the stock market to ensure young people can enter new markets without fear,” he said. (Yonhap)