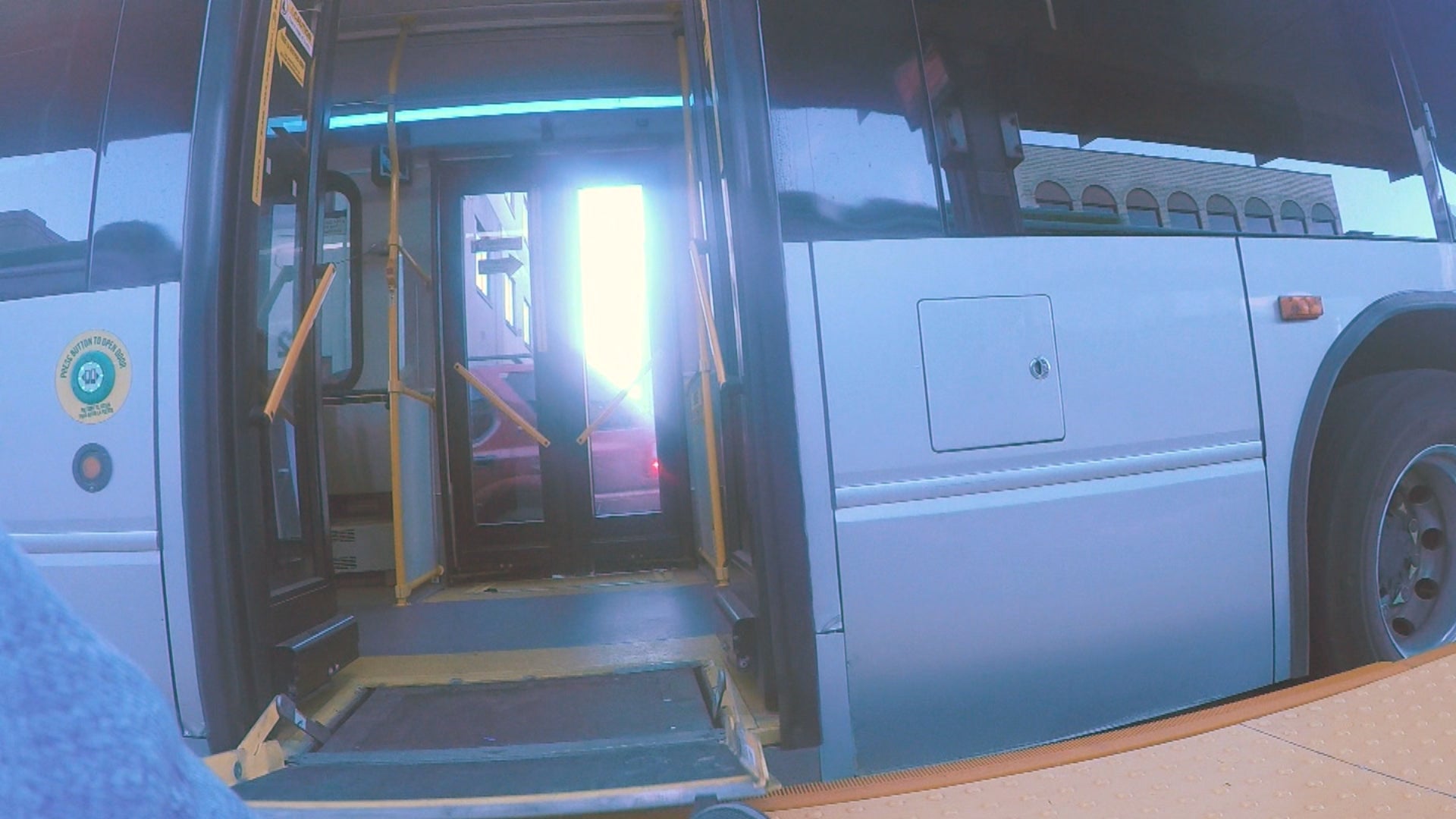 INDIANAPOLIS (WISH)– Every IndyGo bus is required to have equipment to secure wheel chairs as part of the American with Disabilities Act (ADA).

I-Team 8 has found that the equipment used to secure wheelchairs on many of the new Red Line buses is broken.

Kaine Walters is a master control operator at WISH-TV. Every day, regardless of the weather, he takes the same path with the same hope that the bus will be on time and working properly.

“I try to just wheel as much as possible because I don’t want to fight the buses and don’t want to fight bad drivers and stuff. These drivers, some of them, they just don’t like dealing with the buses because it makes them mad because they are always broke, but then they take it out on me,” Walters said.

Walters was born with cerebral palsy. For the past two years, his colleagues at WISH-TV have listened to his struggles getting to and from work. Several times, he has been stranded at transit center or the bus stop on North Meridian Street.

“It’s getting colder and we don’t need anyone in wheelchairs sitting on the platform any longer than they need to be sitting there just because their bus can’t load them,” Walters said.

The ADA requires transit bus stops — like those on the Red Line routes — to provide reasonable access to buses. All of the new Red Line stops meet ADA requirements, as do the new Red Line buses. The buses must have at least two spaces and devices specifically designed to secure wheelchairs.

Here is issue Walters has encountered: The buses are equipped with a wheelchair securement device called the Quantum. When the device is working properly, two padded arms squeeze the wheelchair like a vice, applying inward pressure to the wheels to keep the chair in place.

According to federal ADA rules, the wheel chair should not move more than two inches in any direction when the bus is moving.

“They worked for a while, but they have just slowly, one after another, the motor goes out, goes out and IndyGo’s like, ‘We’re not going to fix it,’” Walters said.

Walters says of the 10 trips he makes to and from work every week, the Quantum device may work 3 or 4 times. I-Team 8 asked IndyGo to come on camera and explain what is happening several times.

Instead, it sent a statement: “IndyGo considers the safety and security of every rider our top priority and we are committed to ensuring access for all. One of the ways we accomplish this is through a robust preventative maintenance schedule to check all equipment on buses, including all ADA equipment, every 6,000 miles. This averages to approximately once monthly.”

IndyGo did provide I-Team 8 with 12 months of maintenance records from 2019 to the end of 2021 I-Team 8 found more than a dozen maintenance reports with the Quantum device. They ranged from minor issues with restraining straps to a complete failure of the device that required assistance from the manufacturer to correct.

All of the buses have a ramp to ensure level access at bus stops. Getting into the designated wheelchair slot requires Walters to back into the space. Once his chair is lined up, he activates the Quantum device with a button.

I-Team 8 was with Walters when the Quantum device didn’t work. The driver inspected the device and then installed a backup system.

Once Walters reached the transit center, I-Team 8 found another problem: The ramp system on the bus failed to work properly. After 12 minutes of struggling with the equipment, an IndyGo supervisor and police officer physically picked up Walters’ chair and carried him off the bus.

A statement from IndyGo says drivers are required to inspect their buses daily: “If ADA equipment, including wheelchair ramps, are not working properly, that bus is pulled out of service until the equipment is repaired.”

Walters says the people who suffer the most from the lack of proper maintenance or broken equipment are people that depend on the buses the most.

“The things that are wrong with these IndyGo buses specifically affect the ADA riders. The buses I have to be denied on are just because they cannot do the ADA functions,” Walters said.

I-Team 8 asked Mayor Joe Hogsett about IndyGo and the ADA issues. IndyGo is managed by Indianapolis Public Transportation Corporation and not under the direct supervision of the mayor. However, three of the seven board members are appointed by the mayor.

IndyGo says it inspects all ADA equipment every 6000 miles has recently implemented new preventative maintenance checks in an effort catch any potential issues with all equipment.

If you’ve had any issues with ADA equipment on IndyGo buses, we’d like to hear from you.

Fill out the form below or click here to let us know about your issues with IndyGo.