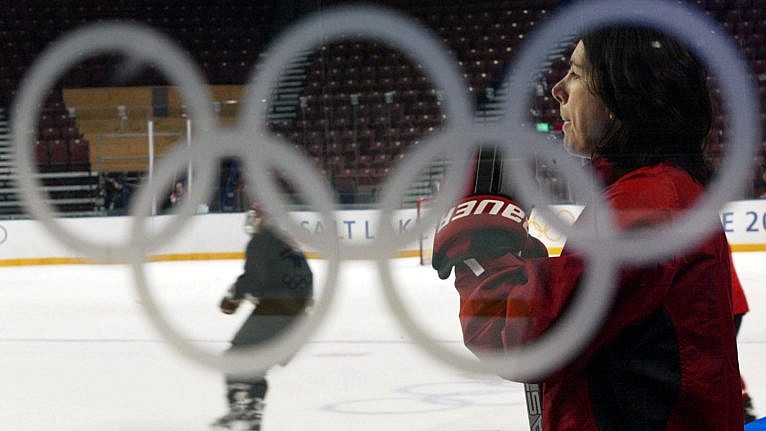 The Canadiens, Leafs and other teams are welcoming women to their executive ranks, but the key job of general manager remains a glass ceiling

As the Montreal Canadiens started looking for a new general manager, it was reported that multiple women—at least three, according to some media—were on the long list of candidates for the prestigious job. In a testament to the growing number of qualified women in hockey, it wasn’t completely obvious who the three under consideration might be.

Certainly, Habs followers figured, Émilie Castonguay would be one obvious: she’s a high-profile player agent who played college hockey in the U.S., and earned a law degree at the Université de Montréal.

Then there was Danièle Sauvageau, who led Canada’s women’s national team to an Olympic gold medal and a world championship. She was previously GM of the team, and worked as an assistant coach in the Quebec Major Junior Hockey League. She also has more than 20 years experience as a police officer, from a time when it was every bit the male-dominated field pro hockey is today.

Or there was Danielle Goyette. Or perhaps Florence Schelling. Many more could be added to this list.

To be sure, no female has been hired as an NHL GM, and the wait for the first could very well continue after the Canadiens make their selection. Still, professional hockey appears to finally be entering the current century when it comes to diverse hirings—especially in the front office.

“This is just good business. There’s a well established understanding now that improving the diversity of your leadership team generates better business results across so many metrics,” says Allison Sandmeyer-Graves, CEO of the advocacy group Canadian Women and Sport. “Hockey and other men’s pro sport franchises have been slow to the broader corporate landscape.”

Back in 2019, there were on average 47 employees for an NHL team’s hockey operations, according to an analysis by The Athletic. Only two of of those staff, on average, would be women. Several teams at the time had no women in such roles. The Toronto Maple Leafs had by far the best gender diversity of any NHL team: even then, 84 per cent of the club’s staff were men.

“The culture of sport has really prioritized and valued the leadership and expertise of men,” says Sandmeyer-Graves. “The authorities in hockey have been men. For women to demonstrate that they have the necessary skills and qualifications to do the job has been a very tough hurdle to cross, if they were even being looked at at all.”

It’s not by chance that many of the trailblazers hail from Quebec. Sport in general, and amateur sport in particular, hold an important place in the life of the province, opening paths for women not just to competition, but to coaching and management positions once they’ve left the field of play.

Now, as more women are finding leadership roles on NHL teams, they in turn are hiring other highly qualified women.

Then there’s France Margaret Bélanger, the first woman in the 112-year history of the Montreal Canadiens to serve on the club’s executive committee. Last year, Bélanger was promoted to president of sports and entertainment of Groupe CH, the storied franchise’s parent company. One of her most recent hires was longtime Réseau des Sports (RDS) journalist Chantal Machabée, tabbed to take on the high-pressure role as the Canadiens vice-president of communications.

But at least one glass ceiling remains: the NHL has yet to see its first woman the crucible-like role of head coach or general manager of a team. In this regard, it trails other major North American sports leagues.

Kim Ng is entering her second season with the Miami Marlins since becoming the first female general manager in Major League Baseball. In pro basketball, Becky Hammon was the first female acting head coach in an NBA game with the San Antonio Spurs in 2020, while the NBA’s developmental G League currently has multiple female GMs.

Susan Tose Spencer was the first female general manager in NFL history, with the Philadelphia Eagles, and held the post for three seasons until her father sold the team in 1985. There hasn’t been a female football GM since, but fast forward to 2022 and Montreal native Catherine Raîche, currently the Eagles’ VP of football operations, has reportedly been asked to interview for the general manager opening with the Minnesota Vikings.

Back in Montreal, all the recent high-profile hiring and and promoting of women in the Canadiens front office ”is inspiring and showing young women in particular that this could be a viable career path for them,” explains Sandmeyer-Graves. But the real test, she says, will be whether this positive trend keeps proliferating across sports, and whether a growing number of women follow in their wake.

“It’s one thing to be the first,” says Sandmeyer-Graves, “but if there isn’t a second, that’s not progress.”