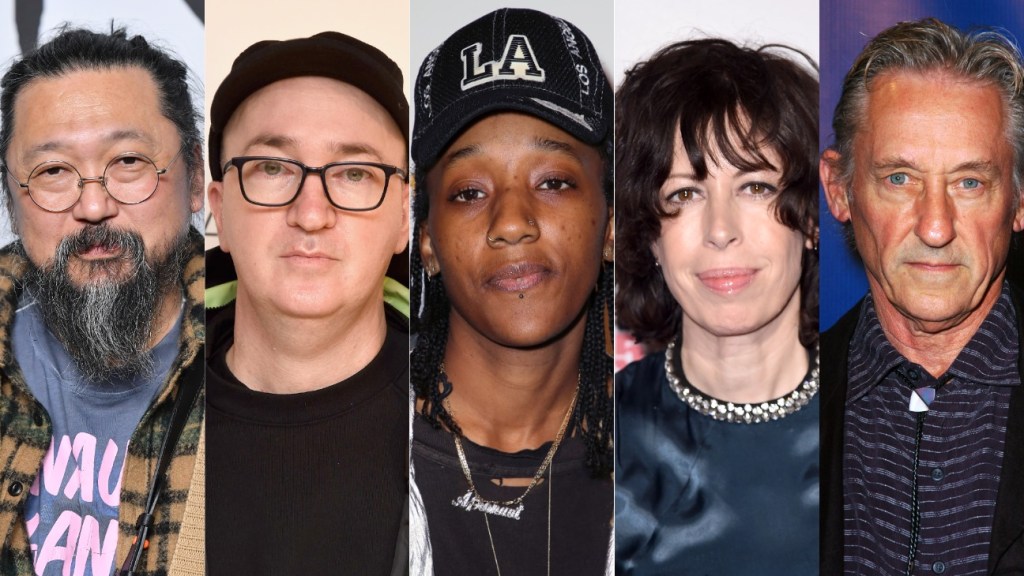 A host of A-list international contemporary artists, including KAWS, Damian Hurst, Richard Prince, Takashi Murakami, Cecily Brown, Lauren Halsey and Ed Ruscha are set to feature in an upcoming exhibition at the Los Angeles County Museum of Art (LACMA) inspired by the music of artists released by Interscope Records.

The show, Artists Inspired by Music: Interscope Reimagined, kicks off Interscope’s 30th-anniversary celebrations and will feature 50 original new artworks by a diverse group of visual artists with the pieces responding to albums and songs by some of the label’s biggest and most influential groups, rappers and singers, including Dr. Dre, 2Pac, U2, Eminem, Lady Gaga, Bille Eilish and Kendrick Lamar.

The exhibition, which will open Jan. 30 and run through to Feb. 13 and reside in LACMA’s Resnick Pavilion, is the brainchild of Interscope’s co-founder Jimmy Iovine, current chairman, John Janick, music executive Josh Abraham, and Interscope vice chairman Steve Berman, who worked closely with all of the music and visual artists.

“Interscope’s original mission was to find the most profound artists, empower their creativity and watch what happens,” said Iovine in a statement. “For the 30th, we wanted to continue that vision by assembling the most admired visual artists and empower them with that same creative license to honor the musical artists we have worked with over three decades.”

“There is a long history of record album covers being designed by visual artists,” added LACMA CEO and Wallis Annenberg director Michael Govan. “As an institution that has long explored the intersection of art and other sectors, including design and music, LACMA has been collecting record album designs over the past several years, and it’s inspiring to see these artists reinterpret three decades of iconic contemporary music.”

The exhibition deepens Iovine’s links with LACMA. In 2018, the Beats co-founder and wife Liberty Ross donated a colossal painting by Mark Bradford to the museum. The politically-charged piece,150 Portrait Tone, is composed of excerpts from the Facebook video Diamond Reynolds made during the fatal 2016 police shooting of her boyfriend, Philando Castile.

The exhibition will lean into technology and is partnering with Snapchat to integrate the company’s augmented reality technology to enable attendees to listen to the music while viewing the artworks. General admission tickets for the exhibition go on sale on Jan. 20.

The full list of artists and their Interscope inspiration is below.