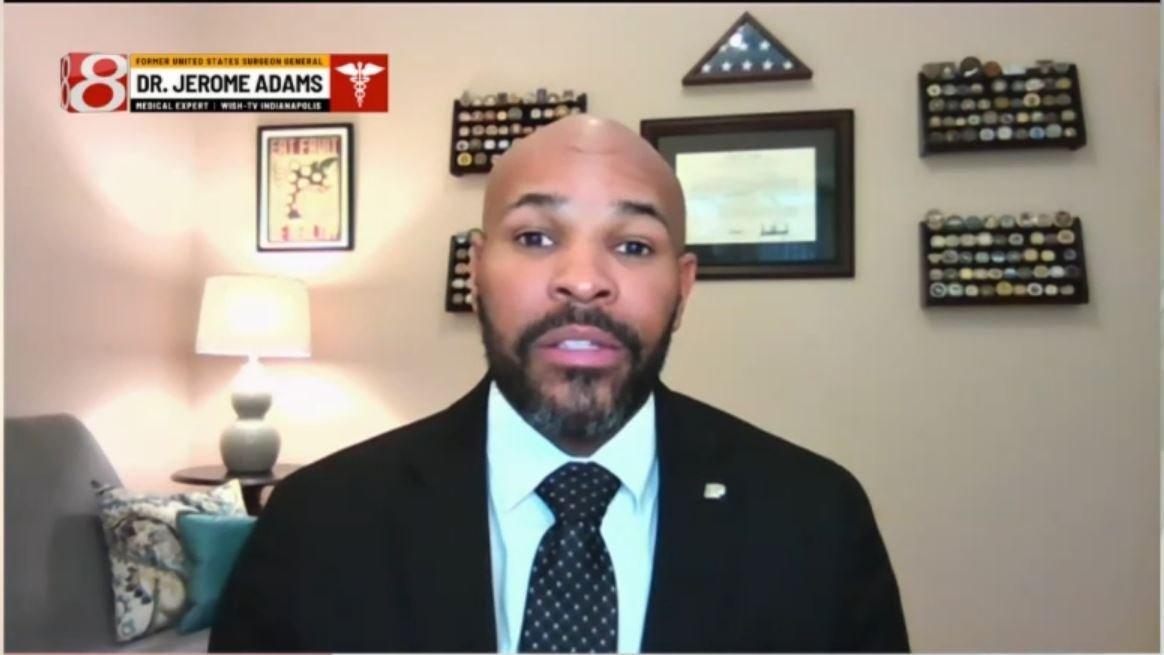 Speaking with News 8’s Phil Sanchez, Adams elaborated on his tweet Wednesday highlighting the record number of pediatric hospitalizations due to COVID-19.

“It’s incredibly concerning, and it’s important for people to know that we are at the peak of pediatric hospitalizations during this entire pandemic right now, double the numbers during delta. And importantly, one-third of those hospital admissions are children who don’t have any comorbidity. So it’s not just people who are unhealthy. Incredibly, incredibly troubling and more troubling that we know that people who are unvaccinated — kids who are unvaccinated — are much more likely to end up in the hospital,” he said.

Adams also reacted to new numbers released by the Centers for Disease Control and Prevention indicating the omicron variant is not as severe as the delta variant for those who get infected.

In his response, Adams emphasized the importance of the language used when discussing the risks associated with the different variants.

“We have to be careful about the words we’re using and what we’re implying. When the CDC director and others are saying it’s milder, they’re talking about the severity if you get the disease. But remember, your risk of drowning relates to how often you’re in the water. Your risk of being in a car wreck relates to how often you’re actually driving it on the road. Your true risk from COVID depends on your risk of exposure and the omicron variant is 4-5 times more contagious,” he said.

The “test to stay” policy in schools and U.S. Surgeon General Vivek Murthy calling for a new policy to get high-quality masks to every household were among the other topics Adams touched on.

“Masks has been politicized, it’s been confusing, but the data out there is now clear, particularly with this more contagious a micron variant: We need to up our masking game. KN95, N95 KF94s provide 75 times — 75 times — better protection than a cloth mask does. If all you have is a cloth mask, use it. But those higher quality mask actually matter. And we’re asking the federal government to send those out to every household so that people have that option,” he said.