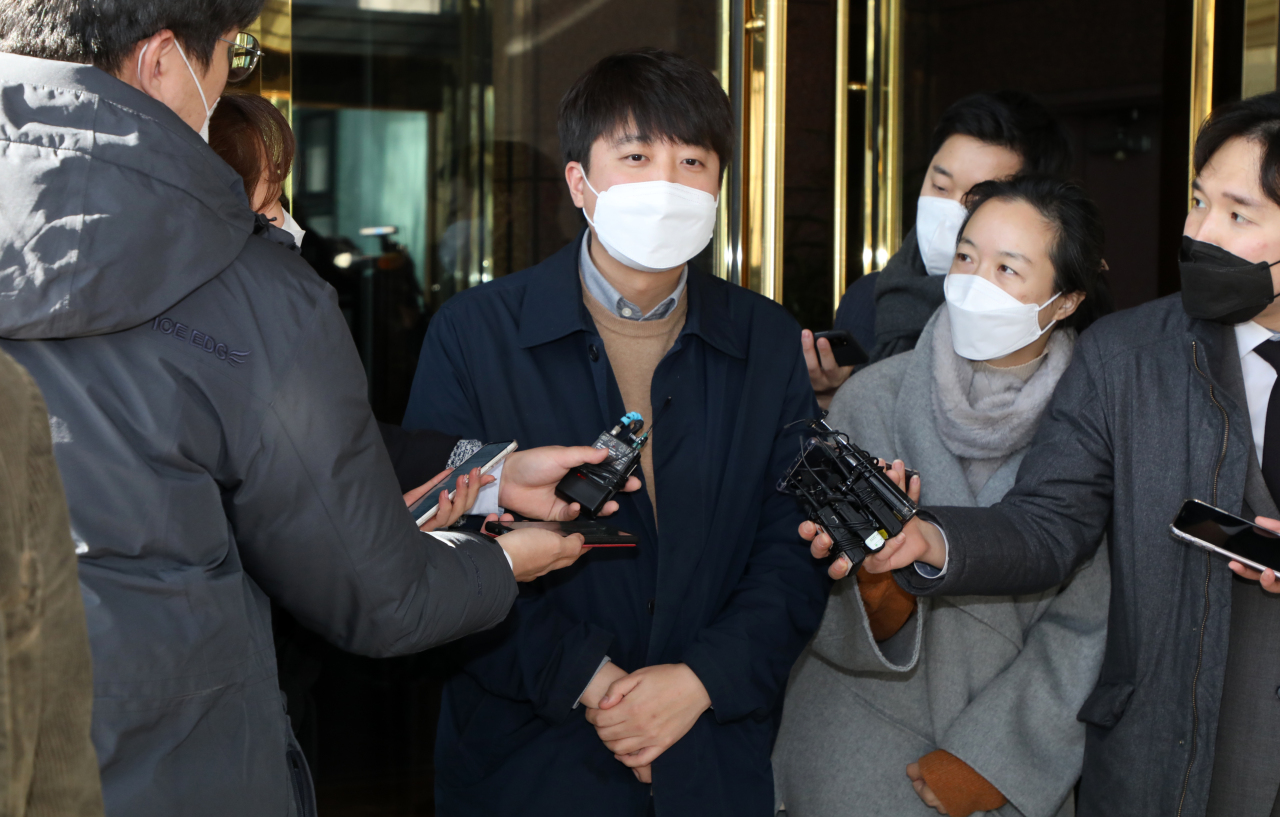 Strife within the main opposition People Power Party has reached its peak and is expected to carry onto 2022, as the latest attempt to bring peace fell short amid dwindling support for presidential nominee Yoon Suk-yeol on the last day of 2021.

Kim Chong-in, head of Yoon’s presidential election campaign committee, said Friday his attempt to bring People Power Party Chairman Lee Jun-seok back to the team failed after the two held a meeting over lunch in Seoul the same day.

“Whether or not Chairman Lee returns to the election campaign committee does not mean much,” Kim told reporters after the meeting.

“Chairman Lee is the leader of the party, so he has a job to lead the party to victory in the presidential election. He will do that job.”

Lee told reporters that there hasn’t been much change in the situation, adding that the meeting was a place where the two shared thoughts on what changes might be needed for the election campaign committee.

The party chairman said he has no plans to meet Yoon at this point, adding that there weren’t any matter Kim particularly suggested during the meeting.

Lee and Yoon have been at odds since the party chairman resigned from the campaign committee last week following a heated feud with Rep. Cho Su-jin over the line of command within the party. The conflict deepened as the two sides failed to agree on Lee’s demand for extensive reforms in the campaign team.

He had served as a standing co-chair of the committee in charge of directing publicity and media relations until his resignation, but kept his seat as the party chairman. Since resigning, Lee maintained a negative stance towards Yoon’s campaign endeavors, emphasizing the need to overhaul the committee.

Lee said in a radio interview Thursday that the election campaign committee should disassemble entirely and re-formed. Its overly large structure has too many officials, he said, which hinders quick responsiveness and undermines the chances of winning against Lee Jae-myung of the ruling Democratic Party of Korea.

Yet Lee said the party should stick with Yoon as its presidential nominee, as there are no chances of winning the election if they changed their candidate at this point.

Yoon rebutted Lee Jun-seok’s criticisms during a campaign event later that day, saying that his campaign committee is not big in its operations. He added that calls to overhaul the entity with just months left until the election “seems malicious in intent,” for it could be interpreted as “asking to give up the election.”

The public has been divided over who’s at fault for the conflict. One side has claimed the campaign team is under turmoil due to Yoon’s lack of experience in politics and his out-of-sync recruitment picks. These factors are why there’s a void of strong leadership, it claims.

The other side has blamed Lee Jun-seok for the feud, saying he is making too many demands to benefit himself while the focus should be on winning the presidential election under the lead of the presidential nominee.

Kim told reporters last week that bringing reforms to the election campaign committee is not being considered at this point, as any reforms made now could bring unwanted turmoil to the party and dim the chances of Yoon winning the election.

But he added then the campaign team will make up for any deficiencies on the way, especially as the continued feud within the party dragged down Yoon’s ratings and favorability among voters based on the latest polls.

According to a poll of 1,000 adults conducted from Monday to Wednesday by Embrain Public, Kstat Research, Korea Research and Hankook Research, Lee Jae-myung was sharply ahead of Yoon by 39 percent to 28 percent.

The survey said 45 percent of the respondents want the ruling party to continue its rule over state affairs, while 40 percent responded they wanted the opposition to win and overturn the power.