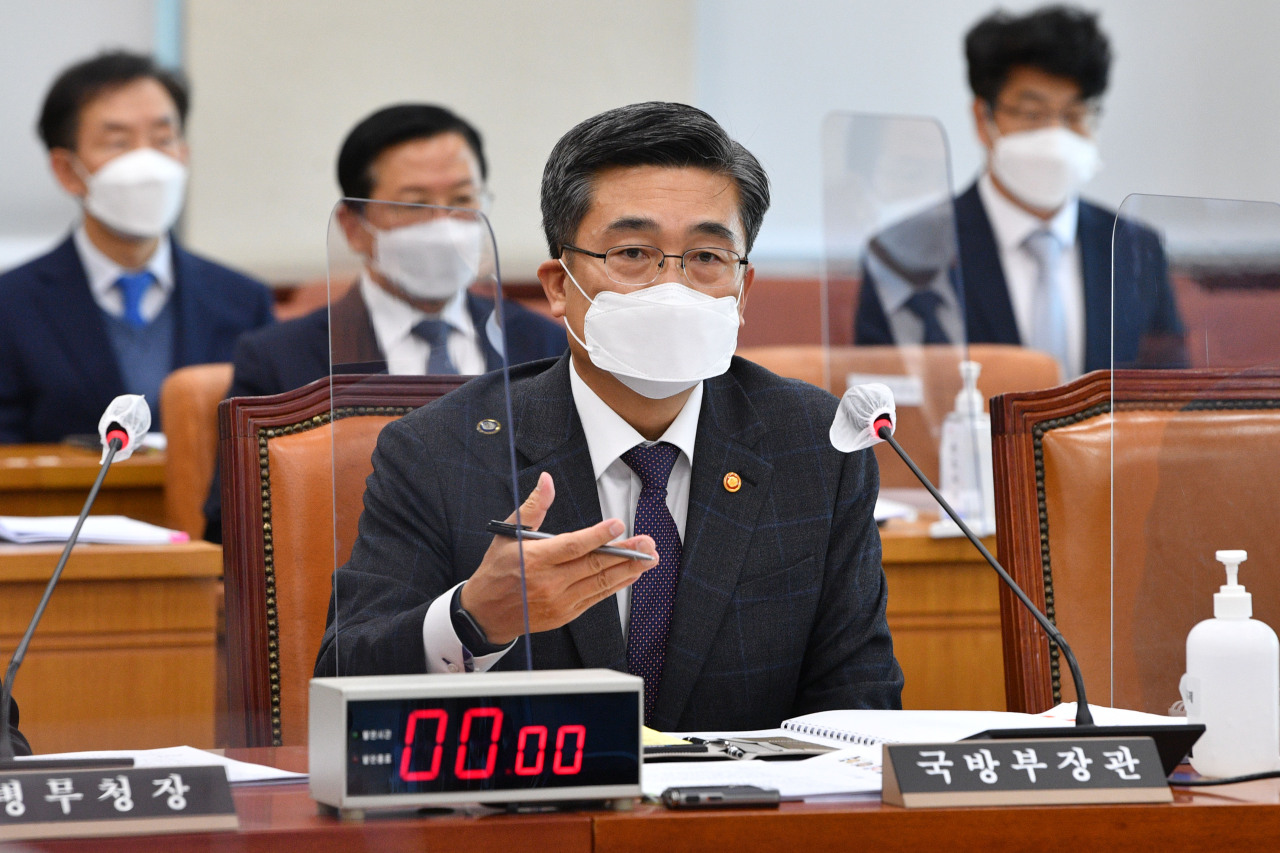 Suh made the calls in his New Year’s message that highlighted the Moon Jae-in administration’s resolve to strengthen “across-the-board” national defense while trying to reduce cross-border tensions.

“As the presidential election and local elections are slated for March and June, respectively, I direct the military to strictly maintain political neutrality as stipulated in the Constitution,” Suh said in the message.

“I call on you to focus on the true obligations you are in charge of rather than clouding the true nature of the military by raising political issues or controversy through careless words and deeds and social media activities,” the minister added.

Touching on the security environment on the Korean Peninsula, Suh said uncertainties could continue in the new year given that the North continues to push for the development of new weapons systems like submarine-launched ballistic missiles.

“I call on you to strengthen the South Korea-U.S. combined defense posture based on the establishment of the across-the-board defense stance and build military trust by continuing to implement the Sept. 19 military accord,” he said.

The minister was referring to the 2018 inter-Korean military accord aimed at reducing cross-border tensions and preventing accidental clashes. It includes various measures, including disarming the Joint Security Area in the Demilitarized Zone.

The minister also reaffirmed Seoul’s resolve to accelerate efforts for the envisioned transfer of wartime operational control from the U.S. to South Korea. (Yonhap)