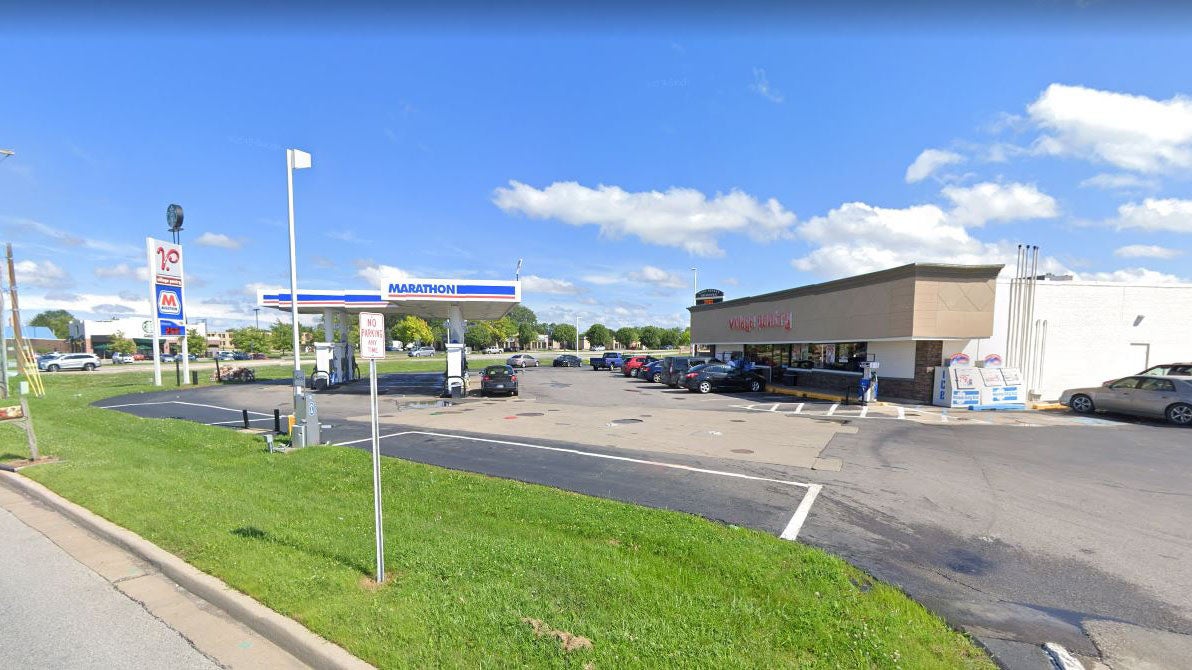 GREENWOOD, Ind. (WISH) — Greenwood Police Department is seeking help to identify a shooter who injured a man in the parking lot of a convenience store on Thursday morning.

Matthew Lane, 30, of Cosby, Tennessee, received a gunshot wound to his upper left leg and was taken to a hospital for treatment after the shooting, says a news release from Greenwood Police Department.

Police were called about 4:15 a.m. Thursday to a report of shots fired at the Village Pantry, 899 E. Main St. That’s also the site of a Marathon gas station near the Main Street intersection with Emerson Avenue.

Officers found Lane about two blocks away from the Village Pantry in the passenger seat of a stopped, white sport utility vehicle pulling a trailer. Officers applied a tourniquet to Lane’s leg until medics arrived to take him to a hospital.

Lane told police that a dark-colored sedan being driven by a male with a dark-colored shirt and short, curly hair blocked his SUV as he tried to pull into the Village Pantry parking lot. Lane got out of his SUV and went to the driver’s side of the sedan. He told police he then saw a person point a silver handgun out the driver’s-side window and shoot the firearm several times. That’s when Lane returned to his SUV and left, going south on Emerson Avenue.

Police ask anyone with information to call the Greenwood Police Department office at 317-887-5210.