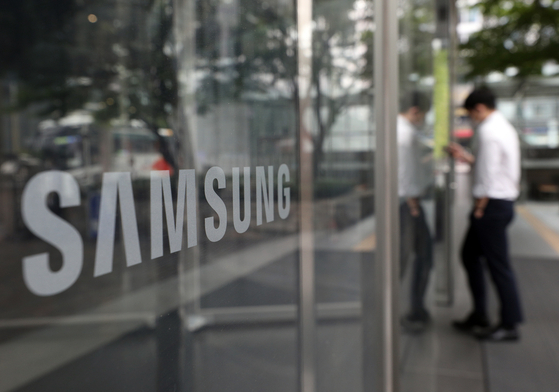 Samsung Group on Thursday denied a local media report that it was in talks with Biogen to acquire the US biotech company in a deal worth 50 trillion won ($42.2 billion).
Calling the report “groundless,” a Samsung spokesperson said no such talks were underway and declined to comment further.
Samsung Biologics and Biogen have existing ties as they set up a joint venture, called Samsung Bioepis, a biosimilar manufacturer, in 2012. Samsung holds a majority stake of 50.1 percent in the entity.
Earlier in the day, the Korea Economic Daily reported, citing unnamed investment banking sources, that the two firms had started talks for the acquisition deal after completing a feasibility study.
The report said Biogen reached out first as it was seeking a breakthrough amid weak sales of its controversial Alzheimer’s drug Aduhelm.
The deal price reflected Biogen’s market value worth $34.6 billion and a typical premium. Biogen’s key shareholders include Primecap Management (11.07 percent), BlackRock (9.4 percent) and Vanguard (7.96 percent).
The report said the potential deal could offer a boon for Samsung that owns two pharmaceutical manufacturing units but has no presence in new drug development.
Biogen’s Nasdaq-listed stock soared as much as 13 percent on the outlook for the Samsung deal before ending the day up 9.5 percent at $258.31.
Shares of Samsung’s drug manufacturing unit, Samsung Biologics, and other related pharmaceutical stocks opened strong in Seoul, reflecting investors’ hopes for a strong industrial impact of the rumored mega deal.
(jylee@heraldcorp.com)