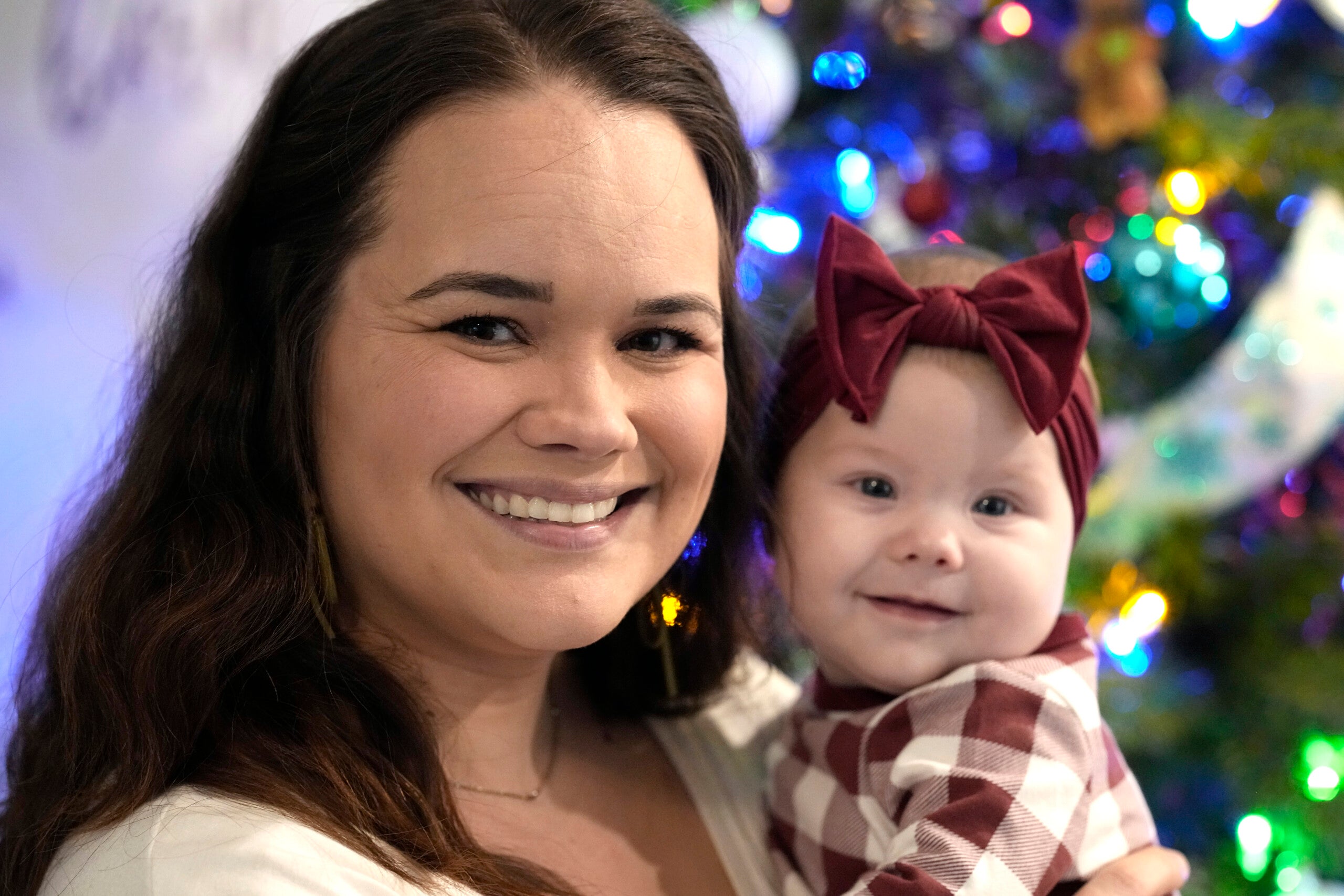 (AP) — Year after year, several thousand women in the U.S. carry an unintended pregnancy to term and then offer the baby for adoption. It’s a choice commended by many foes of abortion.

Yet despite a huge demand for babies from Americans yearning to adopt, perhaps 40 times more women opt for an abortion, and a large majority of those who proceed to give birth make the choice to keep the child.

The reason, say people familiar with unintended pregnancies, is that even in those circumstances, a powerful bond is likely to form between the mother-to-be and the developing baby — and to vastly complicate any decision to put the newborn up for adoption.

That idea is well known to doctors, clinic operators and other abortion-rights advocates, who say recent comments from U.S. Supreme Court Justice Amy Coney Barrett and other abortion opponents perpetuate a misleading narrative that adoption can negate the need for abortions.

“It’s ridiculous to say it’s no problem to eliminate abortion — just place the kids for adoption,” said Elizabeth Bartholet, a law professor at Harvard University and an outspoken advocate of adoption. “It’s not going to be an emotion-free nonevent. There’s going to be bonding and connection, and a sense that it’s an unnatural act to give your child away.”

Discussion of adoption as an alternative to abortion intensified this month when the Supreme Court heard oral arguments over a Mississippi law that would ban most abortions after 15 weeks. If the high court’s conservative majority upholds the law, it could lead to the demise of Roe v. Wade, the 1973 decision that established a nationwide right to abortion, and enable conservative states to impose sweeping bans.

During the arguments, Barrett, an adoptive mother, said women who give birth due to lack of access to abortion could avoid being forced into parenthood by leaving the baby at a safe location, without fear of criminal consequences, so the infant could be adopted.

“It’s just not the reality,” said Ashley Brink, manager of a clinic operated by the abortion-rights group Trust Women in Wichita, Kansas. “It’s undermining people’s decisions and choices and ability to control their lives and their futures.”

Bartholet described the justice’s comments as “breathtakingly thoughtless” by failing to acknowledge the deep emotional bonds that many women have with their babies even when they result from an unwanted pregnancy.

Those bonds can grow more powerful immediately after birth, said Grace Howard, who has worked as a doula assisting women in childbirth and women seeking abortions.

“Your body’s like, ’Bond! Bond, d— it!’” said Howard, an assistant professor in justice studies at San Jose State University.

The U.S. government tracks how many children are adopted out of foster care and from foreign countries, but there are no official, comprehensive figures on private adoptions of infants. Nonetheless, it’s clear that only a small fraction of women carry unwanted pregnancies to term and then place the baby for adoption.

In 2014, there were an estimated 18,000 private infant adoptions nationwide, according to the National Council for Adoption, a private organization serving abortion agencies and other parties. That same year, there were 926,190 abortions in the U.S., according to the Guttmacher Institute, a prominent source of abortion-related statistics.

The adoption council is working on a new estimate of infant adoptions for 2019 and 2020. Its acting CEO, Ryan Hanlon, predicted the number would be similar to the 2014 estimate.

Hanlon says there’s a huge gap between the number of U.S. infants available for adoption and the hundreds of thousands of Americans – single adults and couples – who want to adopt.

“There are dozens waiting with each agency for every child they place,” Hanlon said.

Kelsey Wright chose adoption — twice. She became pregnant in high school and, at 18, gave birth to a son in 2011. Feeling unprepared for parenting, she placed the baby for adoption with a family she knew.

Six years later, as a subsequent relationship was breaking up, she again became pregnant. And again, she chose to continue with the pregnancy and place her second son with the same family that adopted his brother.

“Initially, I was thinking, ‘How do I get out of this?’ and abortion comes to mind, but I don’t think that lasted more than 24 hours,” Wright said. “From a Christian background. I just couldn’t do that — there was no way I could terminate their life because of what I did.”

Now 29, Wright lives in the Houston suburbs and got married last year. She and her husband have a 4-month-old daughter. She stays in touch with her sons, visiting occasionally even though their family moved to New Mexico.

“I don’t have any regrets,” Wright said. “It took time to heal, but I wouldn’t change it for anything. I’m so grateful adoption was an option.”

Some women who opted for abortion in response to an unintended pregnancy say the decision was difficult – yet they’re also grateful they had a choice. Among them is U.S. Rep. Barbara Lee, a California Democrat, who says she received a “back-alley” abortion in Mexico after a teenage pregnancy.

Lee said adoption “is an alternative to parenting, not to pregnancy.”

“The fight for abortion rights is not about our individual stances on abortion or adoption — it is about every person’s right to make decisions about their personal health,” she said. “Your choices about your body, health, and family are nobody’s business but your own.”

Many abortion-rights advocates are wary of some aspects of private adoption, viewing it as part of the agenda of anti-abortion activists.

Mallory Schwarz, executive director of Pro-Choice Missouri, said the anti-abortion pregnancy centers that proliferate in many states are part of that system.

“The role of crisis pregnancy centers is to trick people, coerce them out of making the right decision for themselves so that they choose to give up — choose to carry a pregnancy and then give up a baby to be adopted,” Schwarz said.

Jeanneane Maxon of the Charlotte Lozier Institute — former general counsel for a network of pregnancy centers — denies that there’s systemic coercion. Most women who visit the centers, and then carry a pregnancy to term, choose to raise the baby themselves, she said.

It’s often a challenge for staff members to even discuss adoption, Maxon said.

“Some women will say, ‘I don’t want to hear about it,’” she said. “My hope is that we can overcome the stigma that adoption is abandoning a child. It’s not – it’s about finding a child a loving home.”

In the past, unwed pregnant women in some communities were shunned, or pressured to place their babies for adoption. But even in conservative religious denominations, attitudes have evolved – for example, the U.S. Conference of Catholic Bishops and the Southern Baptist Convention’s public policy arms have initiatives aimed at helping unwed moms obtain health care, financial support and other services.

“Some pregnant women were afraid to come to the church for help – they thought they were going to be judged,” said Kat Talalas, assistant director for pro-life communications for the bishops’ conference.

“Our goal is walk with them as sisters,” she said of a recent initiative, Walking with Moms in Need. “We’re showing them a positive vision of motherhood.”