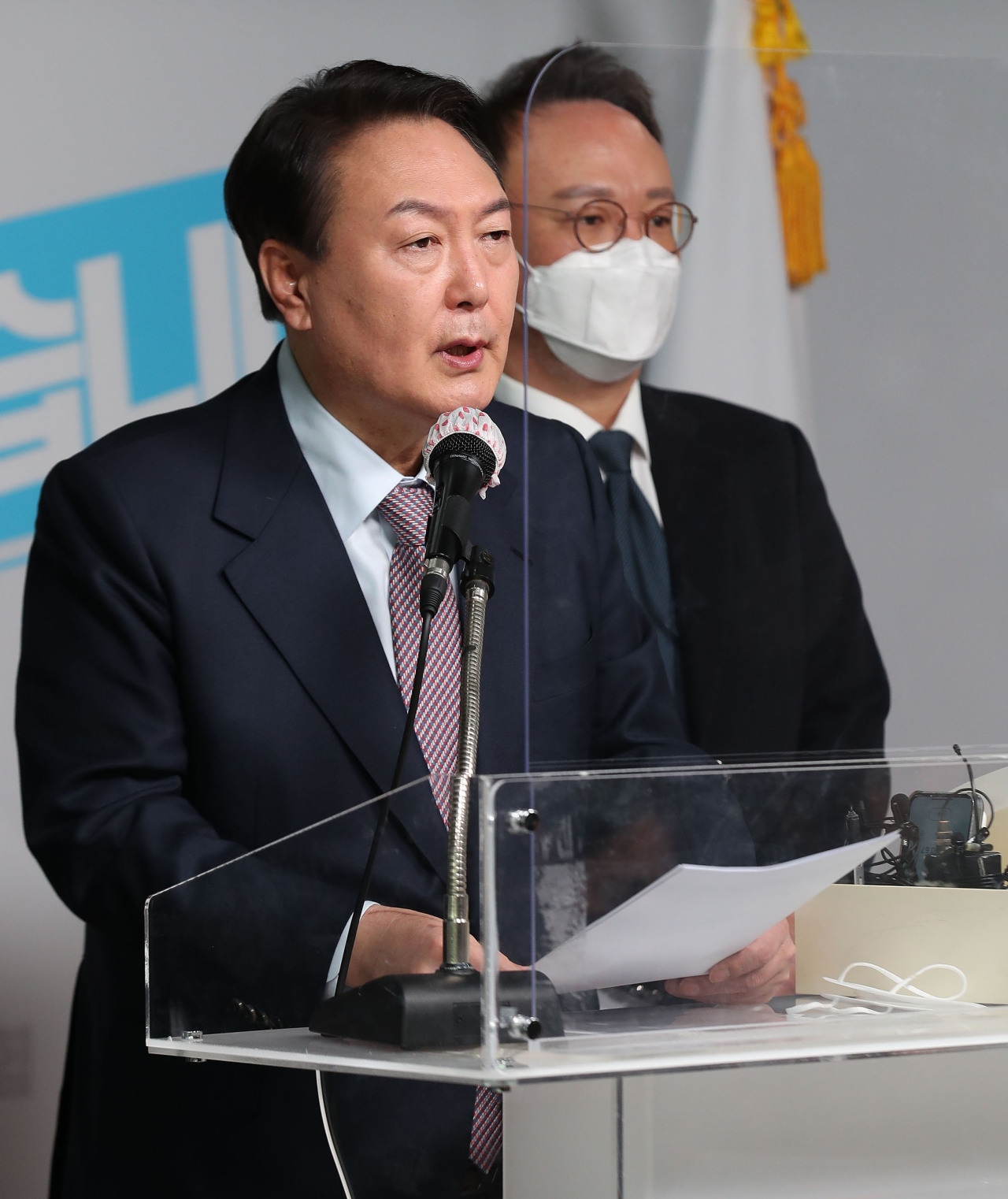 Yoon of the People Power Party (PPP) made the remarks during a discussion hosted by the American Chamber of Commerce in South Korea (AMCHAM) in his answer to a question about the country’s dependence on exports to China.

“The current government used policies skewed toward China, but most South Korean people, especially younger ones, do not like China,” Yoon said, adding that unlike in the past, most young Chinese people don’t like South Korea either.

Yoon blamed the situation on the pro-China policies that the Moon administration has pursued, arguing people from South Korea and China used to hold favorable views of each other when South Korea dealt with China based on strong cooperation between the South, the United States and Japan.

“However, this government used policies skewed toward China and tried to act as a middleman between the U.S. and China, but it ended up with bad relations,” he said.

A spokesperson of the ruling Democratic Party’s campaign committee criticized Yoon for “conclusively” having a negative view on diplomatic ties between South Korea and China.

In a commentary, the spokesperson Kang Seon-ah said diplomatic relations “can’t be simplified as someone doesn’t like someone.”

In regard to improving frozen ties with Japan over historical issues, Yoon called for a future-oriented relationship built on the two nation’s joint declaration in 1998 that was signed by then President Kim Dae-jung and Japanese Prime Minister Keizo Obuchi.

“If there is no close relationship, we cannot sort out history issues, and we cannot discuss history problems in a situation where we growl at each other,” he said. “Once we get close and engage in a relationship where we can share our benefits, then history issues can be solved well.”

“I think recovering the Korea-Japan relationship is not difficult,” he said. “If we do as we did in the past, the relationship will be normalized without much difficulty.” (Yonhap)