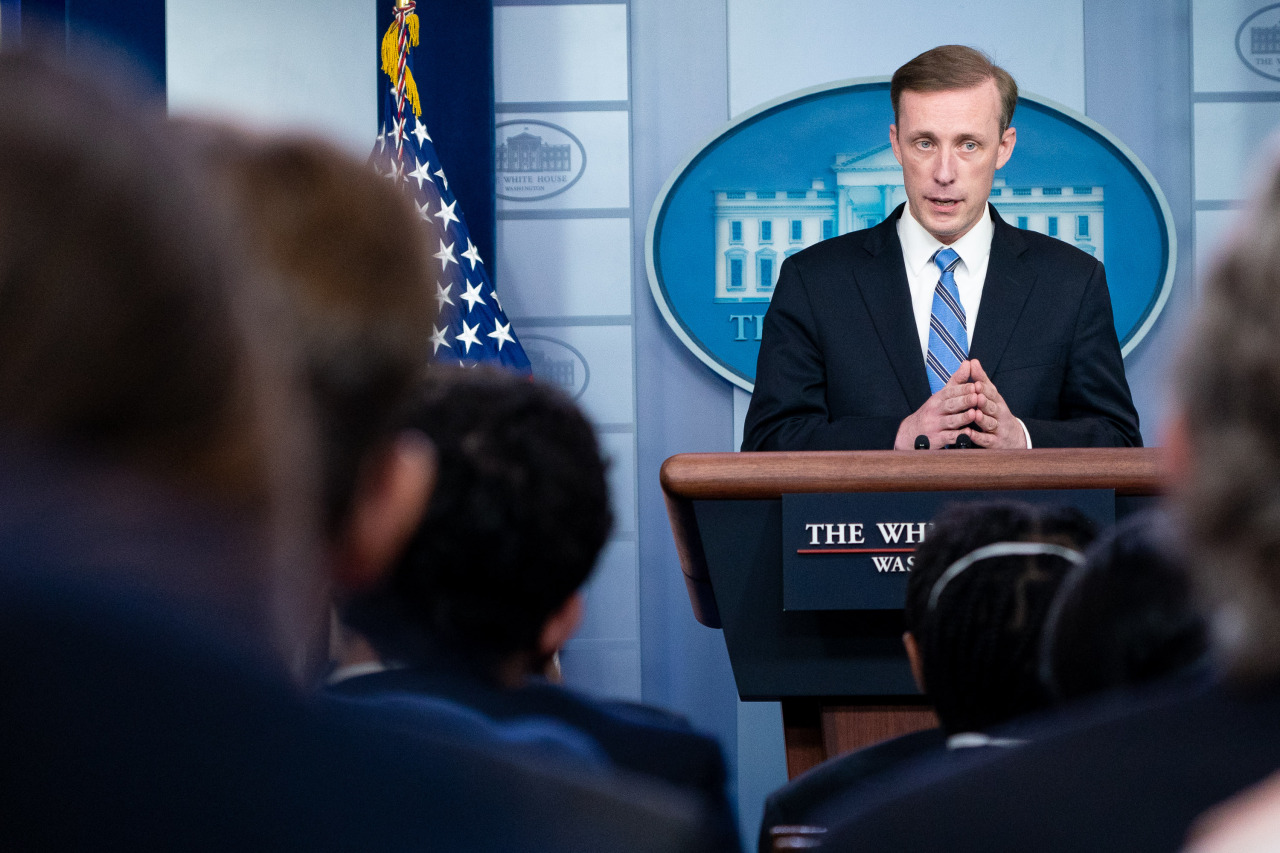 The Biden administration seeks a “step-by-step” approach toward denuclearization of the Korean peninsula, which is a midpoint between strategic patience and grand bargain with Pyongyang, US National Security Advisor Jake Sullivan said on Friday.

Sullivan explained the Biden administration pursued striking a balance between the North Korea policy previously implemented by the Obama and Trump administrations, expressing his skepticism of the predecessor‘s approaches.

“The Obama administration, especially as the policy evolved over the course of the eight years, really adopted this view of strategic patience, which was essentially — I would call it certain none for none. Just let things go,” Sullivan said at an event hosted by the Council on Foreign Relations. “And then the Trump administration in Hanoi pitched all for all, the grand bargain.”

The Obama administration sought the strategic patience policy toward North Korea, which is basically a diplomatic waiting game. The administration focused on imposing sanctions on Pyongyang’s bad behavior while keeping the door for diplomatic engagement and dialogue.

The Trump administration, on the other hand, aimed to seal a grand bargain or big deal. which required North Korea’s upfront agreement on a roadmap for complete denuclearization before the US offered compensations.

Notably, Sullivan on Friday elucidated that the Biden administration sought a step-by-step approach toward achieving denuclearization of the Korean peninsula, without sharing further details.

“Essentially, the thrust and purpose of our policy was to come in between those two to be prepared to engage in diplomacy, to make step by step progress towards the ultimate goal of denuclearization of the Korean Peninsula,“ Sullivan told the CFR.

A step-by-step and incremental approach differs from an all-or-nothing or grand bargain approach in multifaceted aspects, including a different principle of reciprocity in nuclear negotiations.

Sullivan’s comments are noteworthy as the Biden administration has refrained from applying the label of a step-by-step plan for its North Korea policy, which is based on a “calibrated, practical approach.”

Nonetheless, Washington has suggested that it would adopt an incremental approach of providing partial compensations, including sanctions relief, in return for a partial dismantlement of North Korea’s nuclear weapons program.

Sullivan on Friday also emphasized that Washington had expressed and communicated its “willingness and readiness to engage in that diplomacy,” reaffirming the US commitment to implementing the US-DPRK Joint Statement signed at the Singapore Summit.

“We continue to indicate to them both directly and publicly, as I‘m doing right now, that we are prepared to engage to try to make progress against the basic points that were laid down in the Singapore summit back in 2018,” Sullivan told the CFR.

But the US national security advisor went on to add that Pyongyang had not responded to the US’ repeated calls for dialogue.

“In the meantime, we’re continuing to enforce our sanctions and align closely with our allies, South Korea, Japan,” the US national security advisor said. “The North Koreans have continued to test certain capabilities. They have refrained from other forms of provocation.”

The Biden administration has repeatedly offered North Korea to meet North Korea “anywhere, anytime, without preconditions,” underscoring that the US harbors “no hostile intent” toward North Korea.

US Deputy Assistant Secretary of State for Japan and Korea Mark Lambert last week underlined that the US continued to make it clear to Pyongyang that the US would ”go anywhere at any time to talk about any aspect of a lasting peace and denuclearization on the peninsula.“

But Lambert said there had been no progress in resuming dialogue up to date despite US readiness for diplomatic engagement with North Korea.