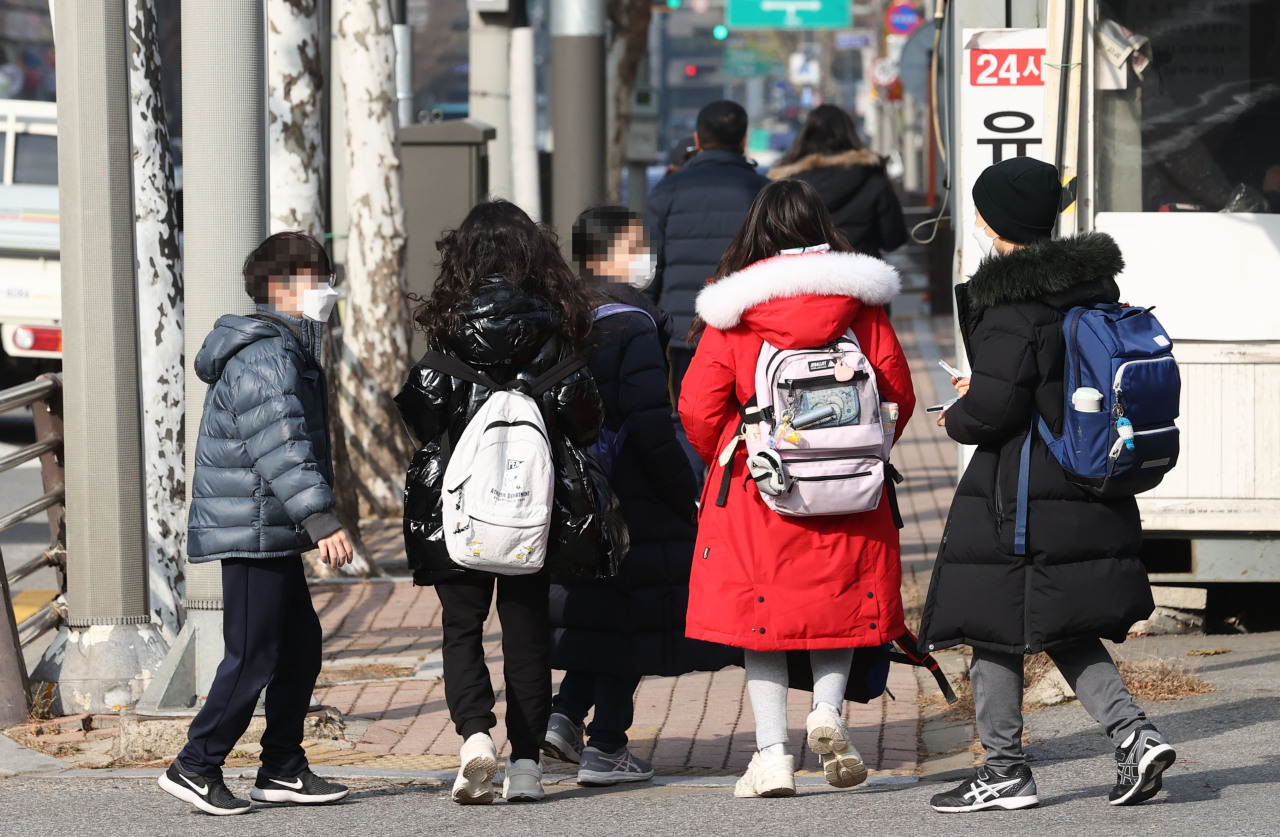 Schools in the capital area will resume remote learning this week as part of a government campaign aimed at stemming the fast spread of the coronavirus, officials said Sunday.

Under the latest rules, schools in the capital area and overly crowded schools in other parts of the country will roll back fully in-person classes and reintroduce a mix of in-person and virtual classes starting Monday.

Only first- and second-grade elementary school classes will continue to be held fully in-person.

Local education authorities in Seoul, however, adopted tighter rules, forcing elementary schools in the city to further limit in-person classes for third- to sixth-graders to 50 percent capacity, given that first- and second-graders are attending fully in-person classes.

Meanwhile, some schools in South Gyeongsang Province began their winter break Friday, a week earlier than planned, at the recommendation of the local education office.

The government’s new guidelines, which will be in place until the start of each school’s winter vacation, come as coronavirus infections among children in kindergarten through high school averaged 869 daily cases from Dec. 9-15, nearly double the 456.6 cases from Nov. 18-24, or around the time fully in-person classes began Nov. 22.