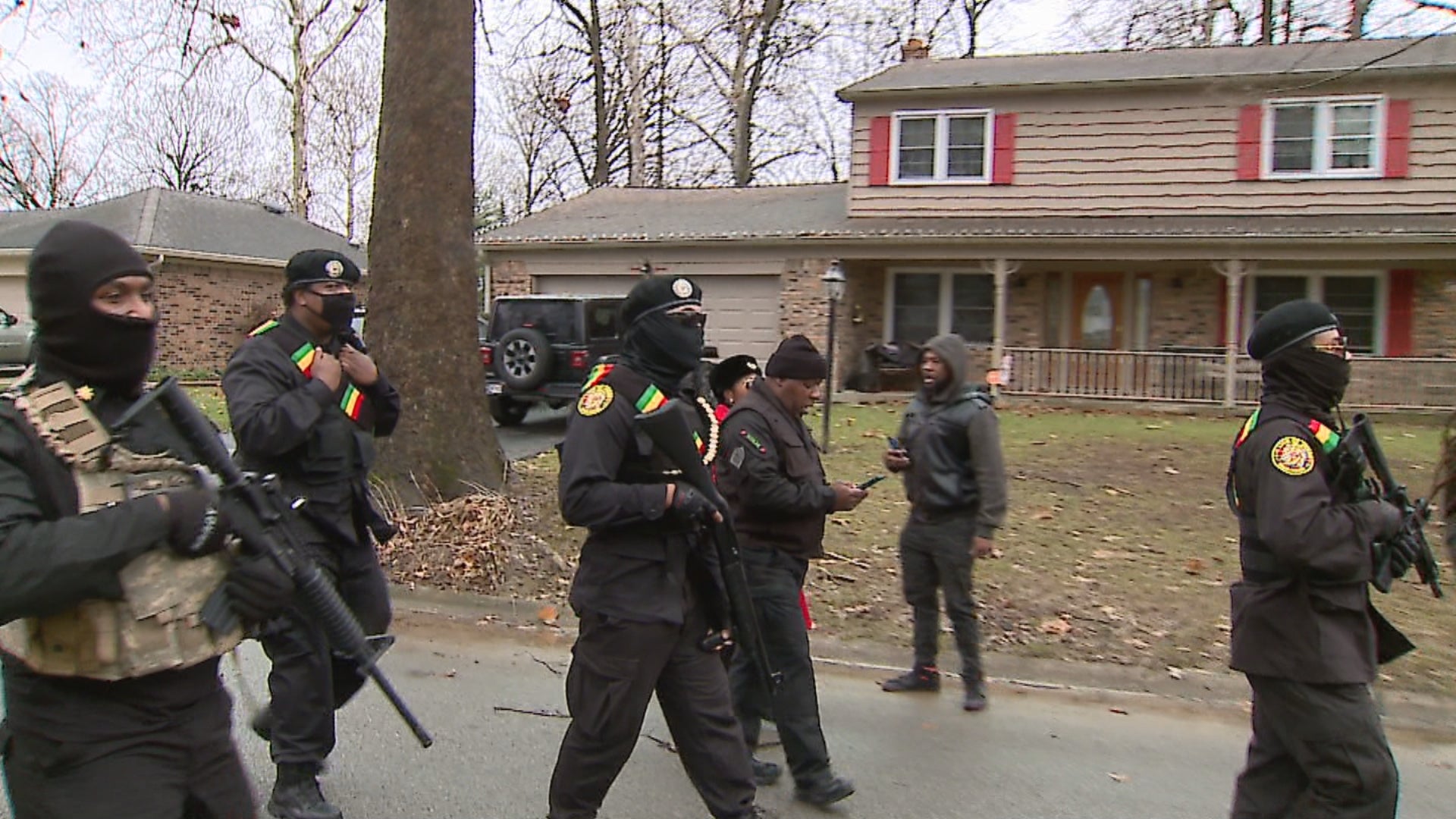 BROWNSBURG, Ind. (WISH) — Nearly a dozen members of the New Black Panthers on Saturday marched through a Brownsburg neighborhood and demanded justice for Dorian Murrell.

“When you have Black people being shot down in this community and (the) local authorities don’t even want to do their job like they are supposed to, there’s major concern,” said Yasuke Shakur, director of the Panthers Indiana chapter.

Tyler Newby was charged with murder and voluntary manslaughter after Murrell was fatally shot on May 31, 2020, in downtown Indianapolis during violence protesting George Floyd’s death.

Newby stood trial for the shooting but the proceeding ended in a mistrial in October. A new jury trial has been set for 8:30 a.m. March 29 in Marion Superior Court 27, after being pushed back this week from a Jan. 4 trial date, according to online court records.

Shakur said Newby shouldn’t be out on bond until the case is resolved. “How can you allow someone to walk after they committed a murder, confessed to murder, turned the gun in … and then you let him walk?”

Newby claims Murrell jumped him and he had no choice but to fire on him.

Indianapolis Metropolitan Police Department say Murrell was a person of interest in a robbery that happened before he was killed.

In Brownsburg, the small group of protestors was loud and often used a derogatory term for white people as they rallied in front of Newby’s home. Newby is white; Murrell was Black.

The Panther Indiana leader said he received death threats from people in the community, so he discouraged more protestors from joining him but defended the Brownsburg group’s armed presence during its rally. He says their intention is to protect themselves: “When you got these white militias and Proud Boys out here, look what happened in Washington, D.C., for Donald Trump. They in the place and they let them walk home.”

An attorney for Newby said a lot of misinformation is being spread about his client, and Newby is not connected to any white supremacist groups. Otherwise, the attorney declined to give a statement.