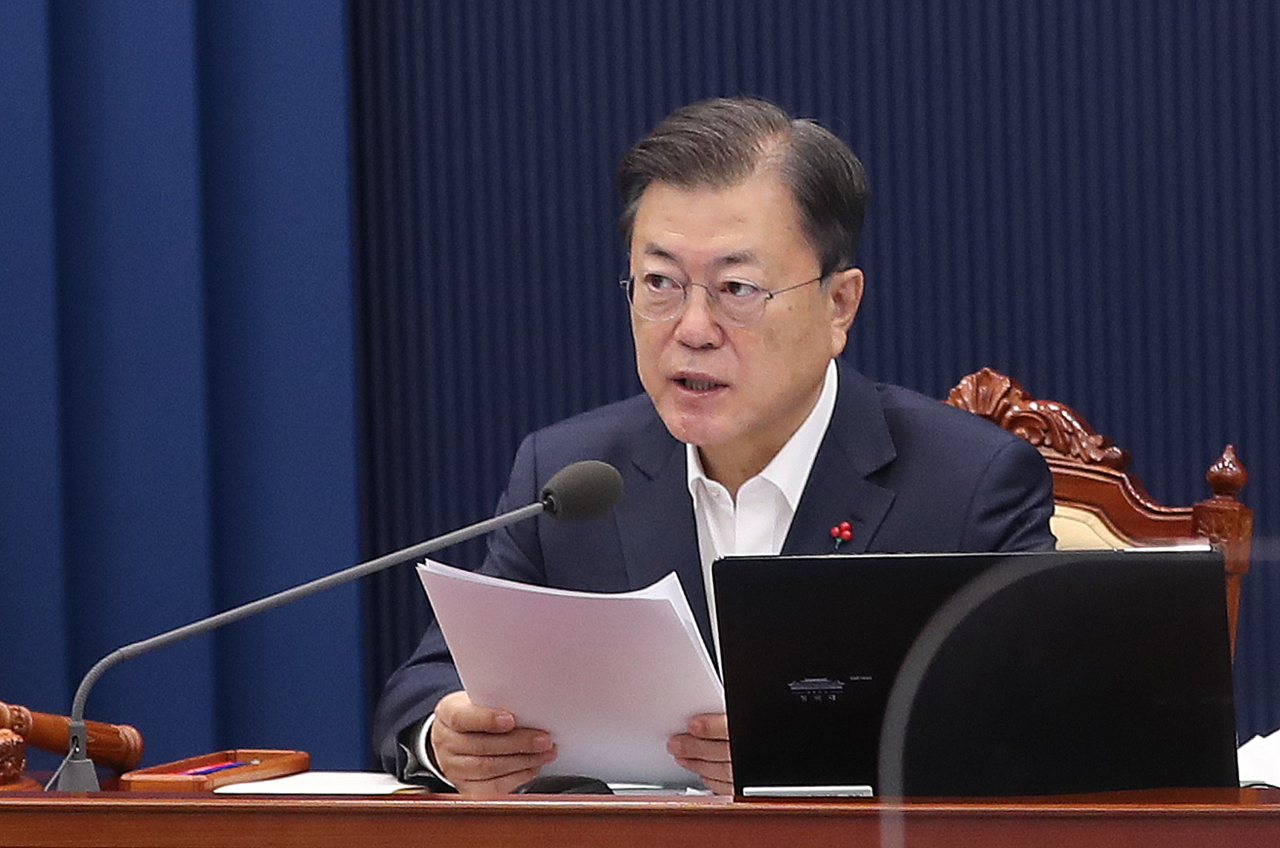 The 2022 briefings will begin Monday under the slogan, “Changes made with the people, a government fulfilling its responsibilities until the end,” the presidential office said in a press release.

“Through the policy briefings, we plan to go through the achievements made during the five years of the Moon Jae-in administration and check the government’s policy directions and main project plans up until May 2022,” it said.

Moon’s single, five-year term is set to end in May, and by law, he cannot seek reelection.

This year, the briefings will be submitted by paper because of the pandemic.

The government has chosen five top themes it will concentrate on until the end of the administration, and for each theme, scheduled a joint press briefing involving the relevant ministries to explain its achievements and future goals to the public.

On Wednesday, the finance ministry will be among the first to brief the nation on reviving people’s livelihoods, along with the culture, labor, SMEs and agriculture ministries.

On Thursday, the unification ministry will be joined by the foreign and defense ministries to give a press briefing on peace on the Korean Peninsula.

The land ministry will give a presentation on stabilizing the real estate market on Dec. 27, followed by the environment ministry on carbon neutrality on Dec. 28, and the health ministry on the COVID-19 response on Dec. 30. (Yonhap)