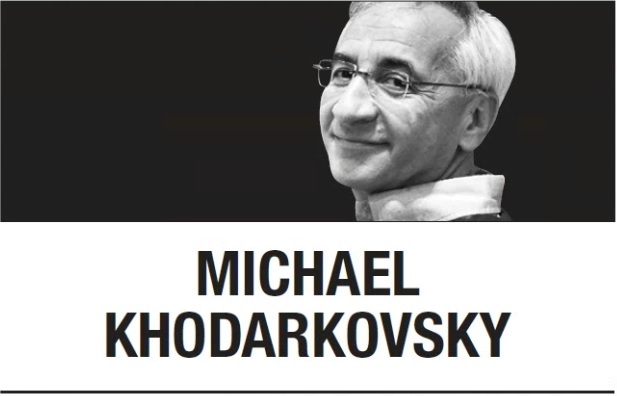 This year marks the 300-year anniversary of Peter the Great’s declaration of himself as emperor and Russia as an empire. But it also marks another important date: 30 years since the dissolution of the Soviet Union in December 1991. In Vladimir Putin’s Russia, the first is a cause for celebration, the second for regret. During his two decades in power, Putin has spared no effort dismantling Russia’s embryonic democracy and restoring Russia to its former glory. This is Putin’s own version of Make Russia Great Again. So, how great is Russia today?

Moscow’s only raison d’etre is undermining the West and subverting democracies around the world. It has been throwing a bloodline to dictators in Venezuela, Syria, Myanmar, Central Africa and closer to home, in Belarus. Putin’s Russia thrives on opposing the West and what it sees as its decadent social and political values. It is a new cold war, in which Moscow sees competition with the West as a zero-sum game.

But if a new cold war may help to unite some segments of Russian society and provide massive state orders to modernize the military, it is also expensive. Russia, with a gross domestic product less than New York state’s and a population about 40% of the US, cannot afford it. Hence, the alliance with China, one country that is rapidly catching up with the US.

Yet this is an alliance in which Beijing treats Moscow as a junior partner. China is a major manufacturer and the world’s second-largest economy with the second-largest military budget. With a population 10 times that of Russia, China’s average per capita GDP reached $10,500 and now exceeds Russia’s.

In recent years, the Kremlin has been systematically destroying civil society in Russia. Thousands have chosen to leave the country for fear of being arrested, and those who did not leave are detained and prosecuted for their political opposition to the regime. The number of political prisoners in Russian jails is now estimated to be in the hundreds, which is similar to the Soviet days. Many of those who criticize the government are forced out of their jobs or deemed to be “foreign agents.” And of course, those who present a real challenge to Russian officials’ widespread corruption are assassinated.

Demographically and environmentally, Russia is a ticking time bomb. The country’s population was already in steep decline even before the pandemic. But unable to attract skilled labor and unwilling to let unskilled migrants in, the already-sparsely populated country faces a dim demographic future.

It is also the fourth largest polluter in the world, but it has done little to reduce emissions. Massive forest fires and methane leaks from thawing Siberian permafrost have become more common. Environmental groups contend that Russia’s commitments to the Paris climate agreement exist only on paper and that Moscow has no intention of cutting emissions.

Today, Russia is a vastly corrupt petrostate that Transparency International ranked at No. 129 out of 180 countries on the Corruption Perceptions Index. It is a repressive dictatorship that relies on notorious Soviet ways — propaganda and disinformation at home and abroad, on arrests and imprisonment of its critics and on the rule by the all-powerful security agencies. Ironically, Russia has reverted to the same old patterns that condemned Russian and Soviet empires to oblivion: geopolitics that trump economic growth; unsustainable military expenditures; the heralding of Russia’s special path in opposition to the West, creating an archenemy and a fortress mentality; and its leaders’ deep cynicism with little concern for the well-being of their own citizens.

Enter Ukraine, which Putin believes is a key to restoring Russia’s greatness. Ukraine’s only sins to Russia are taking its sovereignty seriously and choosing the path of democracy. After years of trying to subvert Ukraine, Moscow might be prepared for another military invasion. The Kremlin may believe that together with Belarus, under its dictator Alexander Lukashenko, occupying Ukraine would solve Russia’s demographic problem, add a large industrial base and, above all, resurrect Russia as an Eastern Slavic and Russian Orthodox empire.

There is little hope that Putin will free opposition leader Alexei Navalny and negotiate a transfer of power the way South African President F.W. de Klerk did when he freed Nelson Mandela. There is also little hope that Putin would suddenly allow the existence of a genuine political opposition, which Turkey’s president, Recep Tayyip Erdogan, despite his authoritarian proclivities, tolerates in his country. Instead, Putin is more like the proverbial tiger that Winston Churchill referred to in condemning what he saw as the appeasement of Nazi Germany: “You cannot reason with a tiger when your head is in its mouth.”

Let’s hope that the leaders of Western democracies can keep a clear head and out of Putin’s mouth.